You are at:Home »Desiderata Poem: A Way of Life by Max Ehrmann

Life can be quite a struggle at times. We sometimes feel lost and don’t know how to deal with the difficulties we’re confronted with. Even more importantly, it feels as if we’re facing the struggle all alone. In these situations, it can be quite uplifting and helpful to have an inspiring poem at hand. Reading old literature will help you to understand that many who lived long before you were confronted with very similar problems and issues. And surprisingly, these magnificent individuals found truly insightful words to accompany you on your – sometimes challenging – journey. Even more so, many of them discovered fantastic ways of dealing with the struggles at hand.

One such individual is the poet and writer Max Ehrmann. His popular poem Desiderata is a concise but truly inspiring reminder to strive for the high ideals. It reminds us to treat others kindly, to accept who they are and to be gentle with ourselves. Ehrmann also motivates us to have faith in ourselves and to develop trust in the way things unfold. Doing so will help us to find peace in our souls and to discover meaning in our existence.

In short, Desiderata is a wonderfully uplifting poem. It is short and simple but magnificently powerful. The poem can be a wonderful companion that guides you through times of hardship and self-doubt. It can aid you in becoming more accepting of the difficult challenge – or person – you’re confronted with. In doing so, Desiderata can greatly help you to find ways of patiently overcoming these difficulties. 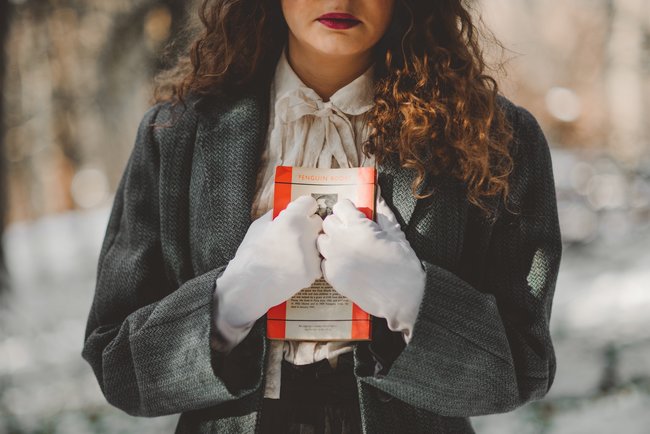 The Desiderata poem can be truly heartwarming.

When you’re confronted with problems in your life, read the poem. Think about its message and integrate the poem’s wisdom in your life. You will see that you can greatly transform your life by gradually implementing one line after another.

Desiderata – A Way of Life by Max Ehrmann

Here is the fantastic poem, enjoy!

Go placidly amid the noise and the haste, and remember what peace there may be in silence. As far as possible, without surrender, be on good terms with all persons.

Speak your truth quietly and clearly; and listen to others, even to the dull and the ignorant; they too have their story.

Avoid loud and aggressive persons; they are vexatious to the spirit. If you compare yourself with others, you may become vain or bitter, for always there will be greater and lesser persons than yourself.

Enjoy your achievements as well as your plans. Keep interested in your own career, however humble; it is a real possession in the changing fortunes of time.

Exercise caution in your business affairs, for the world is full of trickery. But let this not blind you to what virtue there is; many persons strive for high ideals, and everywhere life is full of heroism.

Be yourself. Especially, do not feign affection. Neither be cynical about love; for in the face of all aridity and disenchantment it is as perennial as the grass.

Take kindly the counsel of the years, gracefully surrendering the things of youth.

Nurture strength of spirit to shield you in sudden misfortune. But do not distress yourself with dark imaginings. Many fears are born of fatigue and loneliness.

Beyond a wholesome discipline, be gentle with yourself. You are a child of the universe no less than the trees and the stars; you have a right to be here.

And whether or not it is clear to you, no doubt the universe is unfolding as it should. Therefore be at peace with God, whatever you conceive Him to be.

And whatever your labors and aspirations, in the noisy confusion of life, keep peace in your soul. With all its sham, drudgery and broken dreams, it is still a beautiful world. Be cheerful. Strive to be happy.

Feel free to print the poem in elaborate lettering on a parchment paper. Make it look really elegant, as if it were a valued masterpiece (which it really is). If you need help with that, I’ve prepared the poem for you in a nice font. All you need to do is to download the document and to print it out on an elegant paper. You can download the document on Google drive and it looks like this:

Excerpt from the downloadable document.

Place the poem somewhere visible, for instance on the wall your desk is facing towards. It’s not so important where you place it, all that matters is that it is somewhere you can see it every day. Ideally, you spend one or two minutes to read the poem each day. You’ll see how greatly inspiring this can be.

How came the poem into existence?

The American writer Max Ehrmann wrote the prose poem Desiderata in the year 1927. While it’s year of creation is widely known, Ehrmann’s motives for writing the poem are not. It is speculated that the author was inspired to write Desiderata while he was making an entry in his diary. The entry revolved around desire so he decided to name the poem Desiderata, which is Latin for “things desired.”

Astonishingly, the poem was not widely known during Max Ehrmann’s lifetime. It took almost 40 years until Desiderata was introduced to a larger audience by Adlai Stevenson, who had intended to use the poem in one of his Christmas cards. Three years later, the famous Star Trek actor Leonard Nimoy recited Desiderata on his music album. What followed were several mentions of the poem on TV and in interviews, which gradually introduced it to a mainstream audience.

Despite its initial difficulties, the poem eventually became a viral hit. This is all the more impressive as it happened long before the digital age. Desiderata became popular by dedicated fans, among them influential leaders and celebrities, who shared the poem’s wonderful message everywhere they went.

Luckily, Desiderata lost nothing of its popularity in the digital age. Some even regard it as one of the most influential poems of the 20th century.

When you hear people speak about Desiderata, you can often hear the common misconception that the poem was written in the 17th century. Many believe Desiderata is centuries old and was published by the Old Saint Paul’s Church, Baltimore in 1692. However, this myth can be traced back to Frederick Kates, Reverend of Saint Paul’s church, who included the poem in one of his compilations published in 1956. The year 1692 is, therefore, not the year of Desiderata’s publication, it’s the year in which Saint Paul’s church was founded.

What is known, however, is that the poem was copyrighted by Max Ehrmann in 1927.

Max Ehrmann, born in 1872, was an American attorney, writer and poet. He lived in Terre Haute, Indiana and was of German descent. While attending DePauw University, Ehrmann developed an interest in writing and became editor of his school’s newspaper. Later on, he edited The Rainbow, a national magazine, during the time he studied law and philosophy at Harvard University.

Despite his great interest in writing, he became a deputy state’s attorney after graduating from university. Two years later, he joined his family’s business. When he was 40 years old, Ehrmann met the decision to leave the business in order to pursue his passion for writing. In the years that followed, he wrote a great number of poems. However, his work was not widely known when he died in 1945. His most popular work, Desiderata, became known only after his death.

Let Desiderata become a companion on your quests in life. Allow it to guide you and let it motivate you to strive for the higher qualities in you. Integrate the poem gradually into your life. Try to adapt one line after another into your life and see how magnificently it helps you to transform your life.

I hope you enjoyed the beautiful Desiderata poem. Feel free to share it with your loved ones and spread the beautiful message of this inspiring poem with the world. We’re excited to hear from you what your favorite part is of the poem.