You are at:Home »Management »The INFJ Personality Type Explained

Even though the earth is populated by 7 billion individuals, every single one of us can be categorized within the 16 personalities outlined by Katherine Cook Briggs and her daughter Isabel Briggs Myers. By developing an understanding of a person’s psychological preferences and how the personality trait shapes an individual’s worldview, you can better understand yourself and others. Among the 16 personality types, the INFJ (introversion, intuition, feeling, judging) personality is the rarest, which is estimated to occur in only 1-3% of the population. For many experts, the INFJ personality type is not only the most surprising but also the most baffling dimension of the Myers-Briggs Type Indicator (MBTI) typology of personalities. In the following, we’ll have a look at the INFJ personality type to better understand what these individuals stand for and the personality traits they express. Here’s what makes INFJs so unique and special.

To date, the Myers–Briggs Type Indicator is one of the most popular and all-encompassing psychological classifications of different personality types. It is based on the popular psychological types developed by Carl Gustav Jung, which resulted from his vast clinical observations. 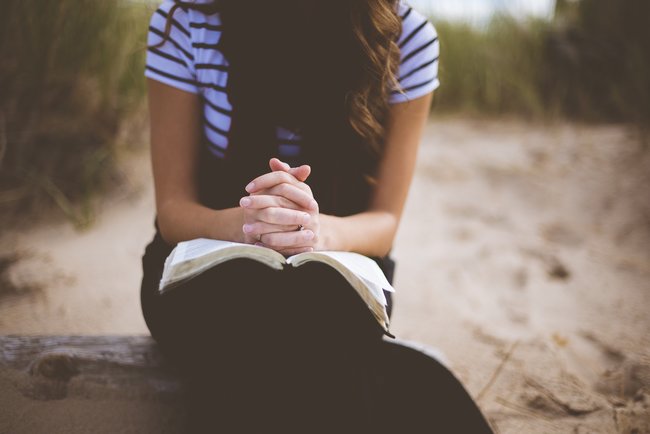 In the following, we’ll have a look at the characteristics of the INFJ personality type.

The primary assumption that underlies the MBTI (and similar psychological classifications) is that certain psychological preferences influence the way we perceive the world around us, how we meet decisions, and how we interpret what happens to us. As a result, these specific preferences are the very foundation of our values, motivators, interests, but also needs.

Let’s have a look at the INFJ personality type of the Myers-Briggs Type Indicator.

As already mentioned in the above, the INFJ personality type is the rarest among the human population. This is one of the reasons why the personality of INFJs is so interesting to examine. In the following, we’ll explore this particular personality type and how it differs from other types.

Let’s begin with a short explanation what INFJ actually stands for.

What does INFJ stand for?

INFJ is an acronym that stands for Introversion, iNtuition, Feeling, and Judgment. It is one of the 16 different outcomes of the MBTI test that is used to characterize personality types and their distinct preferences. Here’s what each letter stands for:

The INFJ dimension is a direct result of the personality preferences assessed in the MBTI personality characterization. The four major differences that form the underlying personality pattern of a person are based on the following:

By assessing the different preferences of a person in these four major areas, the psychological type of the individual in question can be identified. What makes Jung’s and Myers’ characterization of personality types so insightful is that all the 16 different personalities that exist are based on only for major dimensions. This means that by means of evaluating a person’s preferences in these four areas, a revealing characterization of the underlying psychological type of the individual is possible.

Characteristics of an INFJ

After we’ve learned what the acronym INFJ stands for, we can focus on exploring the different characteristics of this particular personality type.

While INFJs are characterized by many different traits, their tendency to be very introspective is one of the major ones. As such, the INFJ personality type is very likely to have a rich inner life that they may not always share with others. Consequently, INFJs are often reluctant to express their feelings or simply don’t see the need to do so. At the same time, INFJs have a preference to establish friendships and relationships only slowly.

In general, INFJs are often described to be very diligent and sensitive individuals that are exceptionally value-driven. The INFJ personality type derives meaning from social interactions, friendships, relationships, but also ideas and events. They are often very intuitive and highly concerned with the well-being of other people.

Deeply concerned about others

As was already mentioned, INFJs care greatly about the well-being of other people and have a genuine interest in others. Therefore, INFJs treat others kindly and are deeply concerned about the relationships they have with others. Consequently, they prefer resolving problems in a non-aggressive and cooperative manner. Their sensitivity makes them great mediators because of their fairness and high sense of justice.

When INFJs are confronted with problems, they mostly consider these situations as challenging opportunities that encourage them to develop a creative solution. Even further, the INFJ personality type is very skillful at comprehending complex issues and can break problems down into their major components.

Avoidant of the spotlight

At the same time, instead of seeking the spotlight and longing for other people’s approval, they prefer to remain behind the scenes where they feel more comfortable and are unnoticed by most. This, however, does not mean that they are not exerting influence from their more concealed position.

The major struggle the people that deal with the INFJ personality type are confronted with is that they are never able to fully understand the person they are dealing with. This is primarily because INFJs have a complex inner life that is arranged in such a way that it only makes sense to the INFJ in question.

INFJs in the working environment

INFJ are described as very dedicated, hard-working, helpful and reliable employees. Their superiors consider them as important assets of the company that can be entrusted with conceiving, planning, and executing complex and multifaceted projects. However, INFJs are mainly driven by their desire to make the world a better place. As a result, they fully flourish in tasks and projects that are executed for humanitarian causes.

Nonetheless, INFJs are highly organized, which is why they prefer addressing tasks and projects one at a time. Consequently, they have a deep aversion to working environments that require them to handle multiple tasks at the same time. It is, therefore, not too much of a surprise that INFJs consider multitasking as ineffective and try to avoid juggling various responsibilities simultaneously.

In need of harmony

INFJs flourish in a harmonious working environment with co-workers that are equally mindful of others and are similarly working towards the betterment of mankind. At the same time, working in a disruptive and highly competitive industry may not be the best choice for INFJs. Therefore, you’ll often find the INFJ personality type in the healthcare industry. INFJs often choose professions as psychologists, counselors, therapists, physicians, nurses, (holistic) doctors, and spiritual guides but can also be found amongst writers, musicians, and actors.

When in a leadership position, INFJs are perceived as quiet leaders that are behaving in a sensitive manner with their subordinates. Even more so, the INFJ is very likely a supervisor or boss who takes great interest in the well-being of the employees he or she is appointed to. While INFJs are often quite popular among their followers for their exceptional personality, problems may arise from their highly abstract communication style. Similarly, their employees may not always be able to fully understand them, their actions, and their decisions. However, thanks to an INFJ’s exceptional goal-orientation, creativity, and insightfulness they make unusual but very effective leaders.

Portrait of an INFJ

In this section, we’re going to create a portrait of the INFJ personality type. Doing so will help you to better understand the characteristics of INFJs.

The main distinction that differentiates INFJs from many other personality types is their above-average complexity of character. While some personalities within the MBTI characterization are quite shallow and superficial, the INFJ personality type is quite the opposite. For this reason, the depth of an INFJ’s character may only be fully comprehensible to themselves. Another important aspect that distinguishes INFJs from others is the unexpected range of skills and talents they have developed. As a consequence, the INFJ personality type is often perceived as an exceptionally complex (and often quite difficult to fully understand) individual with a surprising number of talents.

While INFJs are visionaries and dreamers, one would be quite mistaken to think that they don’t get anything done. In fact, even though they are dreamers, they also take a proactive stance and can generally be considered as doers that get things done. Interestingly enough, the combination of being a dreamer and a doer is quite rare but can provide a great number of benefits to INFJs and the people they are dealing with.

INFJs can best be described as truly introverted individuals that often seek solitude in order to recharge their batteries. This behavior may be quite confusing and unsettling to outsiders, especially because INFJs are often mistakenly perceived as extroverted individuals because of their outgoing nature and their genuine interest in others.

At their core, however, INFJs are introverts that feel the need to withdraw themselves from others at regular intervals. This habit of shutting out the entire world around themselves can often leave others perplexed and confused as to why this sympathetic person is all of a sudden fully detached from their entire environment.

A potential side effect of the high level of introversion is that the INFJ personality type is able to empathize with others without great effort. In fact, due to their complex inner world, INFJs may understand the motivations and the inner landscape of someone better than the person in question themselves. While this is not always the case, it can safely be said that INFJs possess a great deal of insights into the underlying factors of other people’s behavior.

When it comes to expressing their feelings and self-expression in general, INFJs are often reluctant to do so – at least verbally. At the same time, the INFJ personality type often possesses unusually strong writing skills, which is why they prefer to express themselves and their feelings on paper.

INFJs often gravitate toward a role as activists or humanitarians, which is why they are often fighting for those who are oppressed and those in need. It is in these very situations that the unique abilities of INFJs can affect beneficial changes to those who are in distress.

Another important characteristic of the INFJ personality type is that they are highly intuitive. INFJs are often individuals who simply know and understand things intuitively, often without being able to explain why. As a consequence, they are not only intuitive decision-makers that are often right but are also pretty accurate in their spontaneous assessment of people they’ve just met. These unique intuitive abilities have encouraged INFJs to be exceptionally receptive of their intuitions, perceptions, and instincts. This, however, may appear to be quite strange to a wide number of people, especially as their intuition often leads INFJs to ignore logic when meeting a decision. Besides being intuitive, INFJs are exceptionally insightful of other people and often are able to intuitively understand others.

The impressive intuition of INFJs may be one of the reasons why they trust their own feelings and perceptions more than anything else. While many other character types prefer meeting rational decisions that are based on logic, the decision-making process of an INFJ personality type may be quite difficult to comprehend for others.

To conclude this article, let’s summarize the major personality traits of INFJs:

That’s it! I hope you enjoyed reading this explanation of the INFJ personality type. What are your experiences in dealing with this type of person?

To learn more about the other personality types, have a look at the 16 Personalities of the Myers-Briggs Type Indicator.