You are at:Home »Management »The ISTP Personality Type Analyzed

The ISTP personality type explores life with their hands and eyes. As such, ISTPs simply just love to examine the world around them with all their senses. They are very curious individuals that are true makers. Similarly, they enjoy using their hands to build and construct things. For this reason, many ISTPs are engineers, craftsman, or mechanics. To them, there’s no greater joy than taking things apart and reassembling them again. At the same time, they are excellent crafters that excel at tool work. In the following, we’ll have a closer look at the ISTP personality type. It will also present you the unique personality traits of ISTPs and how they differ from other types.

Interestingly enough, most people are not aware how greatly their personality shapes their interpretation of the world around them. Even more so, many haven’t realized how their psychological preferences determine their thinking, feeling, and behaving.

If your personality shapes your entire life, it is of tremendous importance to understand your personality type. Similarly, by identifying someone’s personality type, you will gain valuable insights about them. It will help you to better understand the individual you’re confronted with. At the same time, it will allow you to more easily anticipate how they are going to behave. 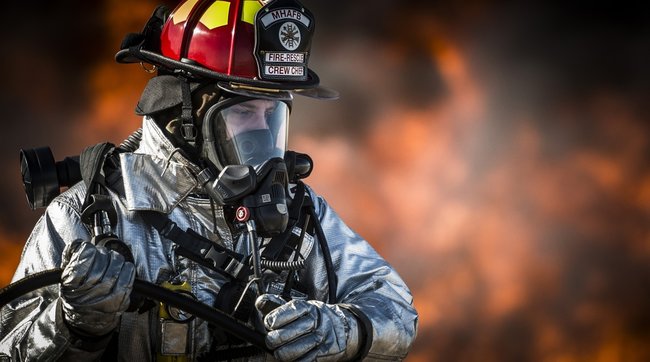 Here’s everything you need to learn about the ISTP personality type.

By identifying your personality type you will also gain many astonishing insights into your personality. Even more so, it will assist you in discovering the factors that shape how you think and behave.

The Myers-Briggs Type Indicator is used to identify someone’s personality type. It is a personality classification that was originally created to assist workforce-entering women during World War II. However, the Type Indicator quickly gained popularity in other areas as well. Today, it is perhaps one of the most popular and also widely-used classifications of different characters.

In the following, we’ll have a look at one particular personality type of the Type Indicator, namely the ISTP.

The following will present you many important insights about the ISTP personality type. This knowledge will greatly help you to interact and deal with ISTPs more efficiently. It will also build the necessary foundation to better understand these individuals. This can prove to be exceptionally helpful if you regularly interact with ISTP personalities.

Let’s start with having a look at what the acronym ISTP actually stands for. This is followed by an analysis of the various personality traits of ISTPs.

What does ISTP stand for?

The acronym ISTP stands for Introversion, Sensing, Thinking, and Perception. This is based on an assessment of ISTPs’ psychological preferences in these four dimensions:

Therefore, ISTPs prefer the above-mentioned psychological factors rather than their respective counterparts.

In order to discover someone’s personality type, you need to understand their psychological preferences in the four dimensions.

In the specific case of ISTPs, the four terms describe the following:

Let’s have a closer look at the personality traits of ISTPs.

The ISTP personality type makes an excellent engineer. This is because they are exceptionally observant, which helps them in identifying the root of a problem so that adjustments can be made. ISTPs can also be described as naturally introverted individuals that have a keen interest in discovering how specific systems or things work. At the same time, they are driven by finding ways to improve the efficiency of these systems.

ISTPs are exceptionally curious individuals. They enjoy exploring the unknown and continuously seek to integrate new things into their lives. However, this also means that repetition and routine quickly bores them.

In some instances, this desire to make new and exciting experiences expresses itself in a high-risk mentality. As such, many ISTPs do not shy away from taking considerable risks. Be it risky hobbies or risky careers, a lot of ISTPs are naturally attracted by these activities.

However, not all ISTPs are pursuing dangerous hobbies or careers. Still, almost all ISTPs possess the striking characteristic that they function exceptionally well in situations of high-pressure or even outright emergency. In these situations, ISTPs may often act significantly faster and more efficient than most other personality types.

As was already mentioned, ISTPs are introverted individuals. As such, they can be so immersed in analyzing a given system that they will not take great note of the people around them. Even more so, they may at times seem completely unapproachable and mentally absent. At the same time, many struggle considerably to really get to know the ISTPs. This is mainly because they focus on communicating through their actions – not their words. Similarly, ISTPs are not always the most outspoken individuals that beautifully articulate their thoughts.

In general, ISTPs can be considered exceptionally talented makers and crafters. They have gained a wide understanding of how certain tools need to be applied in order to construct certain objects or systems.

ISTPs take an active approach to life and often act spontaneously or even impulsively. To others, this may often appear as if the ISTP personality type acts without considering existing routines, procedures, or rules. In their perception, however, these protocols simply limit them in putting their ideas to practice.

Another important characteristic of ISTPs is that they have a deeply ingrained dislike for authority. As such, many subvert authority – especially when it restricts them unnecessarily. However, you will seldom see them openly disobey the rules and regulations they deem unnecessary. Instead, they will circumvent or ignore these in a non-confrontational manner that often goes unnoticed.

In general, ISTPs seek to be left alone when they pursue their activities. As such, they desire to have the freedom to do what they like. If others give them this freedom, ISTPs will return the favor. In such situations, they “live and let live.” However, as soon as someone tries to take this freedom from them, ISTPs can become quite unpleasant. In these cases, they will express behaviors that most do not expect from this personality type.

ISTPs are driven to reach a high level of technical expertise. They greatly enjoy making use of and mastering the tools their traits offer. These tools can be traditional screwdrivers and hammers but also advanced machinery, technology, or business-related gadgets.

In general, the ISTP prefers professions that allow them to produce tangible results with their efforts. As such, they love working with something concrete that they can touch. Similarly, they are very solution-oriented, which drives them to find practical solutions to the problems they are confronted with.

Some ISTPs may also feel the need for pursuing a career path that involves a certain risk or confronts them with dangerous situations. While this is not the case for all ISTPs, they more often than not feel the need to immediately take action rather than wasting important time with developing a plan.

Here are some excellent career paths for ISTP personality types:

In many cases, ISTPs dislike professions where they have to sit at their desk and stare at a computer. Especially professions that don’t allow them to get physically involved with their projects may prove to be quite unsatisfying to them.

In general, ISTPs are optimistic individuals that are fun to be around. They are self-confident and usually very popular among their friends. However, as a result of their introversion, ISTPs prefer to have only few really close friends. But to the individuals that have gained their trust and respect, ISTPs have a lot of fun and excitement to offer.

When it comes to social responsibilities, ISTPs may prefer not to make long-term commitments. As a result of their preference to live in the present, they can perfectly live without knowing exactly how the future of certain relationships looks like.

ISTPs usually entertain loving and healthy relationships. However, this is only as long as the specific relationship is of interest to them and helps them satisfy their needs. If this is no longer the case, many ISTPs will simply move on.

The ISTP personality type makes a partner that is self-confident and a good listener. Their partners will often describe them as exciting, sensual, and independent. ISTPs also seek to continuously make new and exciting experiences. For this reason, they will feel naturally drawn to relationships that repeatedly offer them something new. This is also the reason why the ISTP personality type is not fond of establishing fixed routines in their relationship.

However, their preference for living in the moment may make them shy away from fully committing themselves to the relationship. Similarly, the ISTP personality type is not used to openly express how they are feeling and what they are thinking at the moment. Their partners may often feel frustrated because ISTPs can sometimes be insensitive because they do not have a good perception of other people’s feelings and emotions. At the same time, ISTPs may develop exceptionally intense feelings for their mates.

It is also important to mention that ISTPs require a lot of privacy in the relationship. In most cases, they will create their own personal space that they can withdraw to. Partners should be aware of this to avoid unnecessary invasions of this private space.

On the positive side, ISTPs make very flexible and fun parents. They are usually laid-back and give their children the space they need to fully unfold themselves. Due to the fact that ISTPs dislike being controlled, they do not exert an excessive amount of control over their children. For this reason, their children will often become highly independent individuals themselves.

At the same time, ISTPs will make sure that their children observe certain boundaries. And once rules are broken, the ISTP personality type is able to discipline and punish their children. Similarly, ISTPs do not seek to be the best friends of their children. Instead, they usually keep a certain (authoritative) distance to their children.

The ISTP is quite popular among their relatively few friends. They prefer keeping a small circle of very close friends instead of a big circle of acquaintances. ISTPs make laid-back friends that can be quite exciting and enthusiastic.

ISTPs do not always get along perfectly with other personality types. In fact, they may often prefer to surround themselves with friends who share similar interests and hobbies.

In their social circle, you may find numerous extroverted individuals, which ISTPs feel naturally drawn to. Such talkative individuals can be quite interesting to ISTPs because they help them to naturally open themselves up a little more.

There are many notable individuals with the character traits of the ISTP personality type. These famous ISTPs include:

I hope you enjoyed this analysis of the ISTP personality type. What are your experiences in dealing with people of this character type?

Find out more about the other interesting personality types: 16 Personalities of the Myers-Briggs Type Indicator.