You are at:Home »Management »The INTJ Personality Type Explained

The psychological preferences of an individual greatly influence how they interpret and interact with the external world. Even more so, these preferences determine how a person thinks, feels, and acts. Therefore, by identifying an individual’s personality type, you can gain important insights about them. Not only will it help you to anticipate their behavior but it will also aid you in better understanding what motivates them. At the same time, by discovering the characteristics of the 16 personalities, you can more effectively deal with different personality types. In the following, we’ll analyze the INTJ (introversion, intuition, thinking, judgment) personality type. Let’s explore what characterizes the INTJ personality and what differentiates them from other types.

The 16 personalities were developed by Katherine Cook Briggs and Isabel Briggs Myers during World War II. The two scientists originally constructed this classification of personality types to aid women that were entering the workforce during the war.

“Intelligence is the ability to adapt to change.”
Stephen Hawking

However, the personality types that resulted from their research quickly outgrew their original purpose. In fact, the Myers-Briggs Type Indicator rapidly became one of the most popular classifications of psychological preferences. 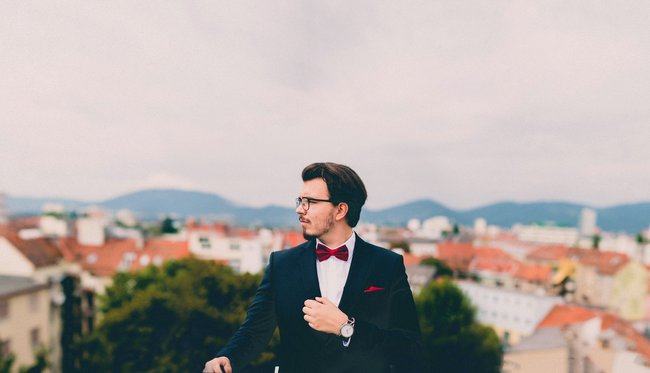 Today, there type indicator of the most widely used personality classifications – specifically because of its high accuracy. In the following, the INTJ personality type of the Myers-Briggs Type Indicator will be explained in detail.

If you regularly deal with INTJs, the following will help you to better understand how this personality type thinks, feels, and acts. It will show you what motivates INTJs and how you can better interact with them.

At the same time, if you yourself can be classified as INTJ, you will discover numerous astonishing insights about yourself. By gaining an understanding of your personality type, you will be able to identify what ultimately shapes your behavior and thinking.

First and foremost, it’s necessary to explain what “INTJ” means and what it stands for.

What is the meaning of INTJ?

The acronym INTJ stands for Introversion, iNtuition, Thinking, and Judgment. This means that individuals that can be classified as INTJs prefer these four dimensions over their respective opposites. The four dimensions are based on Carl Gustav Jung’s four psychological types. The four preferences are as follows:

By evaluating a person’s preferences in these four areas, their individual personality type can be identified.

What differentiates INTJs from other personality types?

INTJs are exceptionally analytical individuals. As such, the question “Is it working?” dominates all their thoughts and actions. Consequently, everything they do is subject to this underlying question. The same holds true for the various systems INTJs build. If something cannot be applied in the real world, it’s of little use to the INTJ personality type. If something is impracticable or inefficient, INTJs will disregard it.

INTJs often spend their time constructing various different systems. For this reason, they are often regarded as the system building personality type among the other 16 personalities. Their interest for systems combined with an INTJ’s dependability and trustworthiness makes them exceptionally efficient at this.

What is unusual about the INTJ personality type is their creativity and imagination. Even though INTJs are analytical in nature, they often make use of their highly developed imagination. Doing so helps them to identify unique solutions to the problems they are confronted with.

INTJs are often perceived as highly independent individuals. In fact, INTJs are perhaps the most independent personality type of all the 16 personalities. At the same time, their focus on practicability makes them ignore social conventions that they feel are unnecessary. This also means that INTJs often struggle with authority – especially when they feel that it is unjustified. The same holds true for individuals that seek to gain benefits from their titles or status symbols. In short, INTJs transcend the typical concepts of authority and social conventions. This is mainly because INTJs feel that such sentiments are unnecessary and mere obstacles on the pursuit of knowledge.

When it comes to social interactions, INTJs rather prefer to keep the time they spend with others limited. In general, INTJs prefer introversion over extraversion and are not too sociable. This means that they have a tendency to feel drained after long interactions. On the other hand, solitude and times of quietness help them to recharge the batteries.

It goes without saying that the INTJ personality type prefers working alone. However, if they have to work in a team, INTJs establish collegial relationships with the coworkers that stimulate or challenge them. At the same time, INTJs are willing to be active team players but only if it contributes to a higher efficiency.

INTJs are not naturally inclined to seek leadership positions. However, if circumstances require them to lead, they make pragmatic leaders. Similarly, INTJs will take the initiative when they feel that the present leader is ineffective.

The INTJ personality type is motivated by discovering new perspectives about life. INTJs actively seek to find new ways of looking at the world they live in. They also have a well-developed vision of “what could be” and strife to realize their ideas. Even further, INTJs are driven to manifest their ideas by developing and conceptualizing complex intellectual constructs.

It comes as no surprise that the INTJ personality type is often described as mastermind or architect. The reason for this is that they are excellent in planning and executing complex operations. No matter how complex such an operation is, INTJs will have a precise understanding of the consecutive steps that need to be taken to implement the plan. At the same time, INTJs are excellent at anticipating problems, which is why they often have alternative options ready.

Another characteristic of the INTJ personality is that they are exceptionally hard-working. This allows them to quickly rise in the corporate ladder. As a result, they can often be found in leadership positions or other functions of responsibility. INTJs are also heavily focused on attaining the highest possible level of efficiency in whatever they do. Therefore, they can become quite relentless when they are unable to change aspects that need improvement.

In general, INTJs do not focus too much on defining problems. Similarly, they aren’t interested in spending too much time analyzing mistakes committed in the past. Instead, they have a hands-on mentality, which makes them focus a lot more on developing solutions to existing problems.

Thanks to their height self-confidence, INTJs meet decisions rather easily. Decision fatigue is the last thing one can accuse INTJs of. However, the INTJ personality type prefers to base their decisions on facts and sound logic. For this reason, INTJs often conduct the necessary research and analyze situations thoroughly before finalizing a decision.

INTJs prefer professions where they have a high level of independence and autonomy. The INTJ personality type thrives whenever their superiors allow them full creative freedom. In these situations, INTJs can fully assess their potential to come up with unique solutions to complex problems.

In general, many INTJs can be found in scientific professions but also in the area of research, law, and engineering. Basically, INTJs thrive in professions that allow them to analyze complex problems – if they are allowed to also develop innovative solutions to these problems.

INTJs can also be found in theoretical and rather abstract professions. However, the INTJ personality type fully flourishes in those areas that allow them to manifest their ideas. Here are some of the career paths that are most suitable for INTJs:

While the above-mentioned professions are ideal for INTJs, they should generally avoid careers that involve too much social interaction.

When it comes to relationships, INTJs prefer interacting with like-minded individuals. The reason for this is that they struggle to fully get along with personality types that are too different. Therefore, the INTJ personality type prefers forming relationships with those that have similar beliefs and personality traits. At the same time, INTJs place great emphasis on interacting primarily with those that have the same or similar ideologies. As a result, INTJs may hesitate to form relationships with individuals they struggle to agree with.

If you want to engage in a partnership with an INTJ, there are certain things you need to know. First of all, INTJs tend to regard relationships in a highly rational and logical manner. For this reason, they may not establish romantic relationships in a spontaneous way. Instead, they are very patient in their search for a compatible partner. Secondly, INTJs have little patience for social conventions. This is especially the case when they have come to the conclusion that these customs are unnecessary and inefficient. Thirdly, especially personality types that prefer the dimensions Feeling and Perceiving may often feel that their partner is somehow distant and not approachable.

However, if INTJs have found a fitting and compatible mate, they make dedicated partners. To them, stability and harmony are two of the most important qualities in a relationship. At the same time, INTJs are unusually loyal to their partners. Another positive characteristic of the INTJ personality type is that they are willing to regularly invest time and energy into the relationship.

As a result of the INTJ’s wish to help their children in becoming autonomous, INTJs will often give them many freedoms. They will also encourage their kids to become independent thinkers. Similarly, INTJs may motivate their children to meet their own decisions and to take responsibility for their actions.

On the downside, INTJs may not fully be able to provide the support, love, and affection their children need. The reason for this is that INTJs have an unusually low need for receiving such affection. As a consequence, they may not readily understand when their children develop a deep need for support and love.

As with almost everything in life, INTJs approach friendships in an analytical manner. Most people will find that the INTJ is not a very sociable individual, which makes it difficult to establish a friendship with them. Similarly, many may find that INTJs are incredibly difficult to fully understand.

However, if a person has contrasting opinions and does not peak their interest, INTJs will avoid forming friendships with such individuals. At the same time, when INTJs do establish friendships, they often surprise their friends with unique ideas and perspectives on life.

Even though INTJs are quite scarce, there are some celebrities that can be categorized within this personality type. Some of these famous INTJs include:

I hope you enjoyed this exploration of the INTJ personality type. What are your experiences in dealing with people of this character type?

If you want to find out more about the other personality types, have a look at the 16 Personalities of the Myers-Briggs Type Indicator.