You are at:Home »Management »The INFP Personality Type Explained

The INFP personality type has a well-established sense of morality. Thanks to their firm principles and moral sense, INFPs have an excellent understanding of right or wrong. From this, it follows that you will seldom – if ever – catch them doing something immoral. INFPs simply do not feel a need for doing wrong. At the same time, the INFP personality type is highly creative and has a strong desire to manifest this creativity into existence. In the following, we’ll have a closer look at the INFP personality type. This analysis will present you valuable insights about the character traits of INFPs. It will also show you what differentiates them from other personalities.

Thanks to scientific research, we know that your perception of the world is greatly determined by your psychological preferences. Therefore, how you think, feel, and act is predominantly shaped by your personality type.

“There are many ways to be free. One of them is to transcend reality by imagination, as I try to do.”
Anais Nin

Developing an understanding of your personality type can help you to gain important insights about yourself. It will help you to uncover the underlying factors that influence your thinking and behavior.

Even more so, by identifying another person’s personality type, you will gain a better understanding of them. It will further assist you in better anticipating their behavior. At the same time, such knowledge will aid you in dealing more efficiently with this individual. 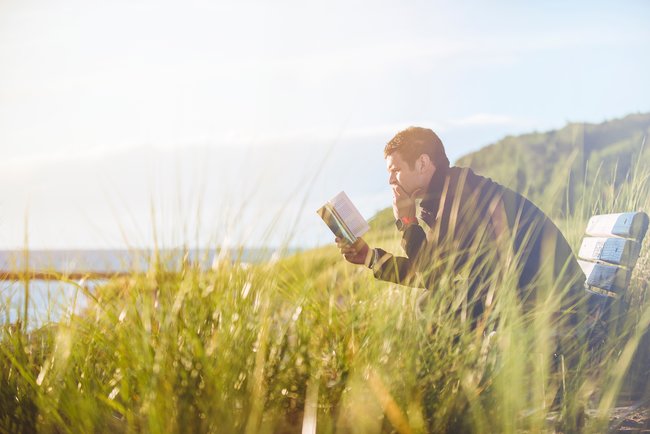 Here’s everything you need to know about the INFP personality type.

To categorize a person’s character, the Myers-Briggs Type Indicator is often applied. Thanks to this classification of personality types, you can better differentiate different characters from each other.

Even though the Myers-Briggs Type Indicator was originally developed to assist women when entering the workforce, it quickly grew in popularity in other areas as well. Today, the Type Indicator is one of the most widely used and popular calcifications of personalities. This is not only because of its high accuracy but also because of its applicability in different areas.

Let’s have a look at one particular personality of the Type Indicator, the INFP personality type.

In case you yourself are an INFP, you will find many surprising insights about yourself in the following. The presented information will further assist you in identifying the underlying factors that influence how you perceive the world. Even more so, it will help you to understand how your personality shapes your thoughts and actions.

The same holds true if you interact with INFPs on a day-to-day basis. In this case, the following will help you to better understand what motivates these individuals. You will also gain important insights how you can deal more effectively with the INFP personality type.

First of all, let’s define what the acronym INFP actually means.

What does INFP mean?

The acronym INFP stands for Introversion, iNtuition, Feeling, and Perception. These four terms describe an INFP’s psychological preferences in the following dimensions:

It follows from this that the INFP personality type prefers the aforementioned terms over their respective opposites.

In general, by discovering a person’s psychological preferences in these four dimensions, you can define their personality type.

In the specific case of INFPs, the four letters stand for the following:

In the following, we’ll have a closer look at the character traits of INFPs.

The INFP personality type is quite scarce. Experts estimate that only 4% of the population expresses the specific characteristics of INFPs. This is quite unfortunate because INFPs have a lot to offer – if one understands their personality.

In general, the INFP personality type as an exceptionally well-developed sense of morality and of right and wrong. For this reason, they make very ethical and honorable individuals.

Others may perceive the INFP as well-balanced, calm, and even shy. At times, it can also appear that INFPs are distant or unapproachable. On the inside, however, they are far from distant to other beings. Often, quite the contrary is the case. INFPs intensively care about the well-being of others. This, in itself, is a quality that is not present in other personality types – at least not in this intensity.

The INFP personality type derives meaning from helping others solve their inner or external conflicts. In fact, INFPs make excellent mediators because they are just individuals that seek to reunite divided parties.

Besides their strong morality, INFPs have a well-developed sense of idealism. If they believe in a cause or person, they are willing to do everything it takes to support it. The INFP personality type will also be willing to make sacrifices for a cause they deem just.

The inner landscape of the INFP personality type is quite vast and complex. It is construed of intense emotions and feelings but also firmly held ideals and ethics. The inner life of INFPs is quite harmonious and positive. For this reason, they seek to materialize their internal balance in the outside world.

The major weaknesses of INFPs can be found in their high sensitivity, which makes them struggle quite significantly with criticism. At the same time, INFPs are exceptionally poor organizers and not at all assertive. This makes them shy away from leadership positions.

INFPs are quite flexible and never shy away from exploring new ideas. They are welcoming to change and have the patience it takes to work through difficulties. However, if confronted with too many repetitive tasks or routines, INFPs quickly become bored.

INFPs are excellent team players and are easy to get along with. As a result of their preference for introversion, however, they can also work independently and autonomously. At the same time, INFPs meet intuitive decisions that are not readily understood by more rational supervisors or coworkers that prefer the Thinking dimension.

The INFP personality type is not motivated by status symbols or money. Instead, succeeding in effectively helping others lead better lives is the only reward they seek.

The ideal profession for INFPs allows them to pursue (social) causes and projects that are of great importance to them. At the same time, such an ideal career path confronts them with the necessity to solve complex problems in a creative manner. Here are some excellent career paths for the INFP personality type:

Financial or engineering professions, however, may not truly fulfill the needs of INFPs. Similarly, they may not like working in a stringent hierarchy such as in the military or police.

INFPs deeply care for the people around them. In fact, their affection and love for others have an intensity that is not found in the other personality types. Therefore, INFPs are very caring individuals. However, they often do not communicate their intense feelings of affection with others. Even more so, they are quite reserved about their intense inner life.

Their close friends may describe INFPs as calm individuals that are easy to get along with. Even more so, their close inner circle will experience the full support and care of the INFP personality type.

As a result of their preference for introversion, INFPs are quite cautious of new people. In fact, they may remain quite reserved when in the presence of such individuals. However, once a person has gained an INFP’s trust, they will be very committed to the relationship.

Even further, INFPs have the innate ability to resonate with other people’s emotions and feelings. They have a good understanding of other people’s inner landscape and are usually very sensitive to others’ emotional needs.

The INFP personality type makes a very committed, warm, and loyal partner. They seek harmonious, loving and positive relationships. In fact, they intensively long for such a relationship. Therefore, not being in a relationship or being in a toxic relationship may be unimaginable for INFPs.

On the downside, INFPs tend to fantasize about an even better or more romantic relationship. Similarly, the INFP might also wish their significant other had qualities that they do not possess. The reason for this is that INFPs struggle with aligning their harmonious and almost perfect inner world with reality. Despite all of this, INFPs are sincere in their affection and love for their significant others and are very loyal.

At the same time, INFPs may shy away from conflict and confrontations. Similarly, they are quite sensitive and one overly critical word is enough to hurt them. Even worse, INFPs take criticism personal, which often seems to them as a personal attack. When this happens, their partners may notice that the INFP personality type becomes quite emotional. Therefore, individuals that prefer the Thinking and Judging dimensions may often irritate INFPs without intending to do so.

INFPs make warm, affectionate, and affirming parents. To them, one of their main responsibilities lies in passing their complex values and ideals on to their children. At the same time, the experiences as a parent help them to further develop their value system.

The INFP has a natural tendency to create a loving and affectionate environment for their children. At the same time, they also seek to establish a harmonious – often entirely conflict-free – atmosphere for the children. This, however, may result in their children having too many freedoms and knowing no boundaries. Similarly, INFPs may shy away from disciplining or punishing their children when they are disobedient. Therefore, the children of INFPs may need their other parent to provide their lives with structure and discipline.

Once an individual has gained the trust of an INFPs, they are quite committed to the relationship. In general, INFPs can be described as warmhearted, authentic, and caring friends. Others will greatly value their unique ability to perceive the feelings and needs of their friends. Similarly, INFPs can easily relate to the problems and challenges their friends are facing. This makes them important guides and helpers during times of difficulty.

At the same time, only the closest inner circle will ever gain a glimpse of the INFP’s true inner self.

For individuals that prefer the Judging and Thinking dimensions, their INFP friend may be sometimes overly sensitive. In any case, INFPs shy away from conflict and dislike confrontations. The reason for this is that they have a well-developed need for harmony.

There are some celebrities that can be classified as INFPs. These famous INFPs include:

I hope you enjoyed this analysis of the INFP personality type. What are your experiences with this character type?

To learn more about the other personality types, have a look at the 16 Personalities of the Myers-Briggs Type Indicator.