You are at:Home »Quotes »70 Brilliantly Funny Quotes about Life

Life confronts you with quite some challenges. It throws curveballs at you and drags you down. In fact, life can sometimes be so nasty that you simply don’t feel like getting back up to continue fighting for your dreams. Why bother with all the struggle when the next trouble and difficulties are already looming on the horizon? Aside from hope and motivation, humor is what will keep you going during such difficult times. Even more so, the combination of humor and a positive attitude can make a true difference in life. Having a humorous perspective can make unpleasant situations a lot more bearable. When you’re able to see things with a little humor, you’ll quickly develop the necessary courage and determination that prevent you from giving up. For this reason, we created the following collection of magnificently funny quotes about life. Enjoy!

The beauty of humor lies in its ability to help you view your life in a much more positive light. Perhaps, you’ve even noticed how a little humor or a funny remark could almost instantly change your own and other people’s mood.

“I love deadlines. I love the whooshing noise they make as they go by.”
Douglas Adams

Isn’t it interesting how humor and fun are capable of quickly making bleak situations seem a lot more positive? They are also excellent tools for calming people down and handling heated situations. In fact, the right humorous word at the right time can work wonders. 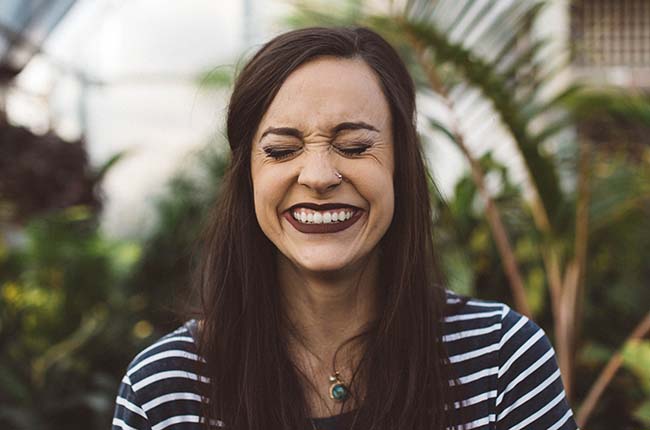 The following collection of funny quotes about life will lighten your mood.

Life isn’t meant to be lived purely in an analytical and serious manner. Who would want to live such a cold and overly artificial – perhaps even robotlike – life? Individuals who have integrated humor into their lives do not only laugh more often. They also know that certain things in life simply do not be taken seriously. Even more so, if you can be humorous and laid-back about certain developments in your life, you’ll find it a lot easier to cope with them. What better way to develop a humorous perspective than by reading a couple of really funny quotes about life?

Many of the following authors have encountered pretty difficult challenges in their own lives as well. Astonishingly enough, however, they all found unique and brilliant ways to humorously deal with these difficulties. As such, their humorous perspective has allowed them to approach heavy problems with a much lighter and more positive attitude. After all, when you’re not fearful and depressed, you’re a lot more likely to find solutions that help you to work yourself out of the trouble you’ve encountered.

Here are these truly funny quotes about life

“Do not take life too seriously. You will never get out of it alive.”
Elbert Hubbard

“Life should not be a journey to the grave with the intention of arriving safely in a pretty and well-preserved body, but rather to skid in broadside in a cloud of smoke, thoroughly used up, totally worn out, and loudly proclaiming ‘Wow! What a Ride!'”
Hunter S. Thompson 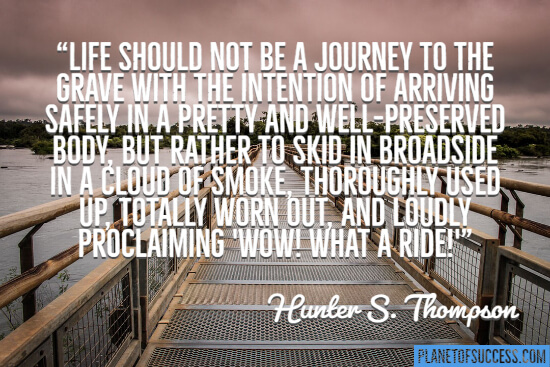 “I’m sure the universe is full of intelligent life. It’s just been too intelligent to come here.”
Arthur C. Clarke 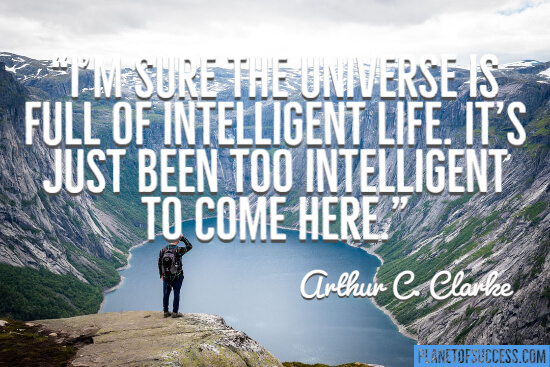 “Life in a box is better than no life at all, I expect. You’d have a chance at least. You could lie there thinking: Well, at least I’m not dead.”
Tom Stoppard 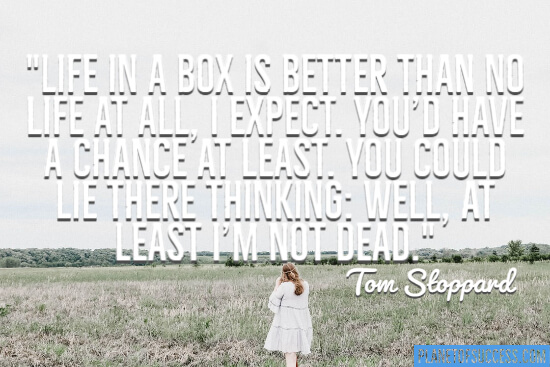 “Life would be tragic if it weren’t funny.”
Stephen Hawking 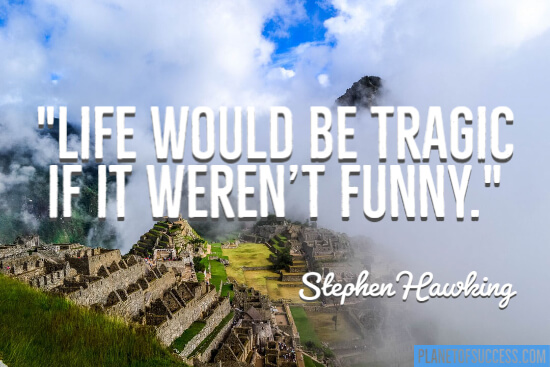 “In three words I can sum up everything I’ve learned about life: it goes on.”
Robert Frost

“If the real world were a book, it would never find a publisher. Overlong, detailed to the point of distraction – and ultimately, without a major resolution.”
Jasper Fforde

“Opera is when a guy gets stabbed in the back and, instead of bleeding, he sings.”
Robert Benchley

“Life is like riding a bicycle. To keep your balance, you must keep moving.”
Albert Einstein

“Life is what happens to us while we are making other plans.”
Allen Saunders

“Good friends, good books, and a sleepy conscience: this is the ideal life.”
Mark Twain

“I can win an argument on any topic, against any opponent. People know this and steer clear of me at parties. Often, as a sign of their great respect, they don’t even invite me.”
Dave Barry

“It is said that your life flashes before your eyes just before you die. That is true, it’s called Life.”
Terry Pratchett

“When life gives you lemons, squirt someone in the eye.”
Cathy Guisewite

“All the world is made of faith, and trust, and pixie dust.”
J.M. Barrie

“I’m not afraid of death; I just don’t want to be there when it happens.”
Woody Allen

“If you don’t know where you’re going, any road’ll take you there”
George Harrison

“The only way to get through life is to laugh your way through it. You either have to laugh or cry. I prefer to laugh. Crying gives me a headache.”
Marjorie Pay Hinckley

“Wisdom comes from experience. Experience is often a result of lack of wisdom.”
Terry Pratchett

“The problem is that the people with the most ridiculous ideas are always the people who are most certain of them.”
Bill Maher

“Giving up smoking is the easiest thing in the world. I know because I’ve done it thousands of times.”
Mark Twain

“A learning experience is one of those things that says, ‘You know that thing you just did? Don’t do that.”
Douglas Adams

“If at first you don’t succeed then skydiving definitely isn’t for you.”
Steven Wright

“If you try to fail, and succeed, which have you done?”
George Carlin

“There is no sunrise so beautiful that it is worth waking me up to see it.”
Mindy Kaling

“Life is pain, highness. Anyone who says differently is selling something.”
William Goldman

“If only God would give me some clear sign! Like making a large deposit in my name at a Swiss Bank.”
Woody Allen

“Everybody does have a book in them, but in most cases that’s where it should stay.”
Christopher Hitchens

“Sometimes you climb out of bed in the morning and you think, I’m not going to make it, but you laugh inside — remembering all the times you’ve felt that way.”
Charles Bukowski

“You know the world is going crazy when the best rapper is a white guy, the best golfer is a black guy, the tallest guy in the NBA is Chinese, the Swiss hold the America’s Cup, France is accusing the U.S. of arrogance, Germany doesn’t want to go to war, and the three most powerful men in America are named ‘Bush’, ‘Dick’, and ‘Colin’. Need I say more?”
Chris Rock

“When I was your age, television was called books.”
William Goldman

“All God does is watch us and kill us when we get boring. We must never, ever be boring.”
Chuck Palahniuk

“Sometimes you know you’ve got a chance with a girl because she wants to fight with you. If the world wasn’t so messed up, it wouldn’t be like that. If the world was normal, a girl being nice to you would be a good sign, but in the real world, it isn’t.”
Nick Hornby

“I may not have gone where I intended to go, but I think I have ended up where I needed to be.”
Douglas Adams

“Those who believe in telekinetics, raise my hand.”
Kurt Vonnegut Jr.

“A hangover is the wrath of grapes.”
Dorothy Parker

“If you want to make God laugh, tell him about your plans.”
Woody Allen

“Insanity is doing the same thing, over and over again, but expecting different results.”
Albert Einstein

“I came from a real tough neighborhood. Once a guy pulled a knife on me. I knew he wasn’t a professional, the knife had butter on it.”
Rodney Dangerfield

“To get back my youth, I would do anything in the world, except take exercise, get up early, or be respectable.”
Oscar Wilde

“I’d rather be a rising ape than a falling angel.”
Terry Pratchett

“All of humanity’s problems stem from man’s inability to sit quietly in a room alone.”
Blaise Pascal

“Hooray! Hooray! The end of the world has been postponed! „
Hergé

“A lie gets halfway around the world before the truth has a chance to get its pants on.”
Winston S. Churchill

“If you’re too open-minded; your brains will fall out.”
Lawrence Ferlinghetti

“We are stuck with technology when what we really want is just stuff that works.”
Douglas Adams

“When the postman rings twice, don’t answer it.”
Unknown

“If it’s true that our species is alone in the universe, then I’d have to say the universe aimed rather low and settled for very little.”
George Carlin

“When in doubt, ignore and be horribly unimpressed”
Laurell K. Hamilton

“Prediction is very difficult, especially about the future.”
Niels Bohr

“If complete and utter chaos was lightning, then he’d be the sort to stand on a hilltop in a thunderstorm wearing wet copper armor and shouting ‘All gods are bastards!”
Terry Pratchett

“When I ask how old your toddler is, I don’t need to hear ’27 months.’ ‘He’s two’ will do just fine. He’s not a cheese. And I didn’t really care in the first place.”
George Carlin

“A word to the wise ain’t necessary, it’s the stupid ones who need advice.”
Bill Cosby

“Sometimes I can hear my bones straining under the weight of all the lives I’m not living.”
Jonathan Safran Foer

“You know, sometimes kids get bad grades in school because the class moves too slow for them. Einstein got D’s in school. Well, guess what, I get F’s!!!”
Bill Watterson

“The only way Bex would miss this would be if she were unconscious. And tied up. And in a concrete bunker. In Siberia.”
Ally Carter

“People say nothing is impossible, but I do nothing every day.”
A. A. Milne

“Never miss a good chance to shut up.”
Will Rogers

I hope you enjoyed reading these funny quotes about life.