You are at:Home »Management »The ESTJ Personality Type Analyzed

Time and time again, research has shown that your psychological preferences greatly determine how you think, feel, and behave. The same holds true for your perception of the world you’re living in.

“No work with interest is ever hard. I always am certain of results. They always come if you work hard enough.”
Henry Ford

If an individual’s personality type shapes how they act, learning more about the different types can be quite valuable. In fact, knowing someone’s personality type can give you valuable insights about this person. At the same time, it will help you in anticipating how they are going to behave and react. Even more importantly, you can gain an understanding of what exactly motivates this particular individual. 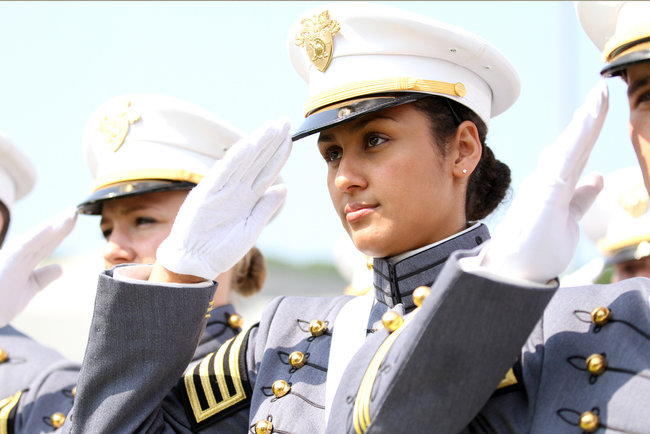 Here’s everything you need to learn about the ESTJ personality type.

Another important aspect is that knowing your own personality type can help you to better understand yourself. It will give you valuable – sometimes even surprising – insights into your own personality. Even more so, it will aid you in understanding the factors that underlie your actions.

To identify someone’s personality type, the Myers-Briggs Type Indicator is often applied. Doing so will help you to better differentiate different characters from each other.

Originally designed as a handbook for workforce-entering women during World War II, it quickly outgrew its original purpose. As of today, the Myers-Briggs Type Indicator is a very popular and widely-used classification of personalities. It is very accurate and can be applied for many different purposes.

Let’s have a closer look at the ESTJ personality type in the following.

If you yourself are an ESTJ, there will be many surprising insights into your personality in the following. Similarly, the following will aid you in identifying the central factors that shape your entire thinking and acting. At the same time, it will show you how your interpretation of the world around you is influenced by your personality.

What does ESTJ stand for?

In the particular case of ESTJs, the four terms describe the following:

In the following, we’ll have a look at the personality traits of ESTJs.

The ESTJ personality type can be described as a practical, down-to-earth, and realistic individual. In general, ESTJs are not particularly interested in ideas or systems that cannot be readily applied in the real world. The same holds true for things they see no real use for. At the same time, ESTJs have a natural interest in business and are excellent administrators.

ESTJs closely follow established traditions. Even more so, they may even be representatives of these traditions. The ESTJ has a substantiated understanding of what is morally right and wrong. As such, they act accordingly and expect the same from others.

In general, ESTJs value honesty and treat others in such a manner. While to some, this can be quite irritating, they’ll always let you know how they think of your work. For this reason, the ESTJ is often considered by others as a true and honest advisor, guide, or teacher.

In many cases, ESTJs feel naturally drawn to leadership positions. When in such a position, they are very talented at bringing others together so that they can work on a mutual cause. Similarly, the ESTJ personality type does not shy away from navigating others through difficult times. At the same time, ESTJs lead by example. They are incredibly dedicated and hard-working individuals.

As individuals, ESTJs are exceptionally dutiful. They adhere to laws and regulations without question. The ESTJ personality type treats authority figures with respect and follows their directions closely. Only rarely will they question such authority figures and their methods. If they are assigned tasks, they will complete them thoroughly and punctually. Only seldom will you encounter ESTJs who question what they are supposed to. That’s because they derive satisfaction from accomplishing their responsibilities.

The downside of this personality type is that ESTJs struggle significantly to consider other people’s opinions and feelings. This may cause significant problems with many other personality types. In fact, it may even decrease their efficiency as leaders. At the same time, if the ESTJ learns to take these subjective factors into consideration, they make extraordinary leaders and supervisors.

The ESTJ personality type is a natural born leader. For this reason, they prefer positions where they are in charge of others. Wherever they can organize systems, projects, and people, ESTJs flourish. In such leadership positions, they can make excellent use of their exceptional organizational skills.

Similarly, ESTJs are dutiful, dependable, and work exceptionally hard. It is not unusual that they show a very high level of loyalty towards their employer. Consequently, they will avoid switching companies if their employer has earned their loyalty.

ESTJs are individuals that try to minimize uncertainties and closely observe traditions. They closely adhere to their own values and beliefs. Their superiors also hold them in high regards because of their ability to deliver as requested and punctually.

The ideal profession allows them to structure organizations, processes, and/or employees. Preferably, they can work in a highly structured environment that is embedded in an organizational structure with defined authorities.

Here are some excellent career paths for ESTJs:

At the same time, ESTJs may not always feel comfortable in working environments that require them to act against their traditions and principles. Similarly, they may not feel fully satisfied in areas that require high levels of creativity.

The ESTJ personality type is very faithful and loyal. They are committed to their various relationships and the responsibilities that arise from them. You will also notice that they are more than willing to do what it takes to maintain these relationships.

In general, ESTJs are very energetic and enthusiastic individuals. They are firmly convinced of their opinions and struggle with those who perceive things differently. At the same time, ESTJs value stable relationships and put their families first.

The ESTJ personality type makes a committed partner that is exceptionally loyal. They can be trusted upon and will act according to what they say. They are willing to invest significant time and effort into the relationship. Similarly, they are more than willing to fulfill all their various commitments and responsibilities to the relationship.

At the same time, ESTJs are very loyal and dedicated to their partners. In general, once they commit themselves to the relationship, they consider it a lifelong commitment.

ESTJs seek stability and security from the relationship. Similarly, they are firmly convinced of their opinions. As such, they more often than not feel that they are right. This can cause numerous arguments and irritations with their partners. That’s because the partners of ESTJs may not always feel that their own opinion is respected. At the same time, ESTJs often struggle with understanding that others have just as much to offer as they themselves do.

Another characteristic that may cause problems is that ESTJs will directly instruct – or sometimes even command – their partners what to think, how to behave or what traditions to follow. This is not only in specific situations the case but sometimes also in life in general. Similarly, many other personality types may struggle with their directness or demanding nature.

These negative aspects aside, ESTJs make exceptionally well nurturers and guardians of their families. They will shield off negative influences from their partners as much as they can. Similarly, you will often see them defend their mate from others.

The ESTJ makes a responsible and very dependable parent. They are fully aware of their various responsibilities to their children and do everything they can to fulfill these. In general, ESTJs enjoy parenthood and flourish in their role as parents.

ESTJs wish to aid their children in becoming similarly responsible, moral, and confident individuals. At the same time, they expect respect and honor from their kids. If their children violate defined rules or traditions, ESTJs do not shy away from disciplining or punishing them.

It is important to note that ESTJs are very likely to put family above friends. However, this does not mean that they do not enjoy having a large circle of friends. In fact, they enjoy spending time with their friends.

In general, ESTJs struggle with individuals that have highly contrasting opinions. For this reason, they prefer surrounding themselves with friends who have similar interests, values, and beliefs.

It is also very unlikely that ESTJs establish or entertain friendships with those who are too unconventional or very untraditional. ESTJs also struggle to get along with personality types that prefer the Sensing and Perceiving dimensions. Such individuals may dislike the ESTJ’s assertiveness and their strong opinions.

ESTJs occur quite often in the population. For this reason, it’s not all too difficult to name examples of famous ESTJs. Some of these notable individuals include:

I hope you enjoyed this analysis of the ESTJ personality type. What are your experiences with people of this character type?

To find out more about all the other interesting personality types, have a look at the 16 Personalities of the Myers-Briggs Type Indicator.