You are at:Home »Management »The ESFP Personality Type Explained

The ESFP personality type is a true entertainer. Fully rooted in the present moment, they express their creative talents spontaneously. In fact, ESFPs can get so caught up in their excitement of the moment that they feel the need to express it, for instance by dancing or singing. Similarly, ESFPs take great pleasure in entertaining and delighting the people around them. They are very warm, kind-hearted individuals with an excellent sense of humor. Even more so, they brim with fun and continuously seek to share their excitement with others. The following article will have a closer look at the ESFP personality type. It will also give you valuable insights into the character traits of ESFPs.

Did you know that it is ultimately your personality that shapes how you act, feel, and think? In fact, your psychological preferences greatly determine how you perceive and interpret the world around you.

“There is nothing more beautiful than someone who goes out of their way to make life beautiful for others.”
Mandy Hale

Therefore, knowing someone’s personality type will give you a good understanding of this person. It will aid you in correctly anticipating how they are going to act in certain situations. Even more so, it will help you in identifying the factors that motivate this individual. 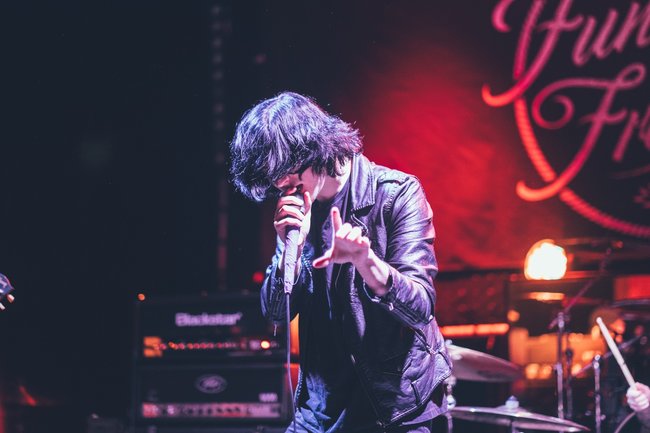 Here’s everything you need to learn about the ESFP personality type.

Even more importantly, when you identify your own personality type, you will be able to better understand yourself. It will assist you in unearthing those particular factors that ultimately shape your thinking and behaving.

To assess someone’s personality type, the Myers-Briggs Type Indicator is used. By applying this classification of personalities, you can more easily differentiate differing characters from each other.

Surprisingly, the Myers-Briggs Type Indicator was originally designed as a handbook for women that were entering the workforce during World War II. However, it quickly outgrew its original purpose. Nowadays, the Type Indicator is exceptionally popular because it can be applied for numerous purposes. In fact, it’s one of the most widely-used specifications of personalities.

In the following, we’ll have a look at one particular personality type of the Type Indicator, namely the ESFP.

If you regularly interact with ESFP personalities, the following will help you to better understand their character traits. It will also aid you in dealing and interacting with ESFPs more efficiently. Similarly, it will present you the underlying factors that shape their behavior.

If you yourself are an ESFP, that can be found many interesting and surprising details about your personality in the following. These insights will help you to better understand yourself. Even more importantly, it will allow you to identify the central factors that shape how you perceive the world around you. At the same time, it will present you how your personality influences your thoughts and actions.

In the beginning, we’ll have a look at what the acronym ESFP actually stands for. This is followed by an in-depth analysis of ESFPs and their personality traits.

What does ESFP stand for?

As such, ESFPs prefer the above-mentioned psychological preferences rather than their respective opposites. Similarly, identifying an individual’s preferences in these four areas allows you to define their personality type.

In the particular case of ESFPs, the four terms describe the following:

Let’s have a closer look at the personality traits of ESFPs.

The ESFP personality type enjoys living in the present, making full use of the moment. Only seldom will you encounter ESFP personalities that do not seek to live life to the fullest. They are curious about the unknown and never shy away from discovering something new. At the same time, ESFPs dislike routines. For this reason, they continuously seek to integrate new ideas and other interesting things into their lives.

Unaffected by restricting rules, traditions, or conventions, ESFPs are creatively circumventing those that they feel are unnecessary. In a sense, they are quite untraditional, which not all the other personality types appreciate. Similarly, other types may considerably struggle with their tendency to meet decisions based on subjective or social considerations. That’s because ESFPs meet decisions based on their own considerations and standards – not on mere logic and objective factors.

Having a significant distaste for theory, ESFPs much more prefer the “learning by doing” approach to life. Usually, they will dive head first into new ideas and tasks, learning from the experiences they make in these situations.

The ESFP personality type also makes a really good team player. They are practical and hands-on individuals. Not only are they committed to accomplishing their goals and duties but they also seek to do it in a fun and mutually beneficial manner.

Being highly observant, ESFPs naturally understand other people’s emotions and empathize with them. They have a particularly good understanding of people in general. This allows them to quickly sense what others need and how they can help them.

As ESFPs are rooted in the present moment, they do not always take the long-term consequences of their decisions into account. Similarly, their focus on having fun and making the most of the moment may cause them to avoid problems that need to be addressed.

The ESFP personality type enjoys working in a flexible working environment. They feel especially comfortable where they can have a lot of fun being creative and spontaneous. Preferably, their coworkers are equally fun, enthusiastic, and flexible.

More often than not, you will find ESFPs in roles where they can be of service to others. In such positions, they can make full use of their highly developed social skills and empathy. Similarly, their ability to understand other people’s needs can be fully applied in such professions. In general, ESFPs flourish especially in those professions where they can see the direct results of their actions. But basically, every profession that allows them to assist others is a good choice for the ESFP personality type.

Besides being of service to others, many ESFPs may also choose professions that allow them to creatively or artistically express themselves.

Here are some excellent career paths for the ESFP personality type:

Professions that require strict adherence to rules, guidelines, and routines may not be of particular interest to ESFPs. Similarly, career paths that do not allow them to remain flexible or to help others may not prove to be fulfilling to them. The same holds true for professions that mainly deal with long-term planning and work results that cannot be tangibly seen.

Being around the ESFP can be quite fun, delightful, and exciting. It is a personality type that is very entertaining. You may even feel that whenever you are around them, their happiness and excitement spreads on to you.

In general, ESFPs are very warm individuals that are genuinely interested in those they interact with. Even more so, they are very kindhearted, continuously seeking to help others fulfill their needs. One could even say that the ESFP derives a sense of fulfillment and purpose from helping others live a better life. But making them happy is equally important to the ESFP personality.

ESFPs make very affectionate friends and partners. Most likely, their friends will greatly appreciate their ability to turn the present moment into something special. Even more so, they may be a bit envious of their ability to fully live in the present moment. This, however, often causes them not to think their commitments and responsibilities to all their various relationships through. Similarly, they may shy away from making commitments.

ESFPs make enthusiastic, clever, and sensual partners. In fact, many of them may celebrate their relationships in a unique way, day after day. They enjoy making the most of each moment they can spend with their partner. As such, they do not waste precious time with worrying about the future of the relationship. Instead, they approach the challenges of maintaining a healthy relationship when they manifest and not a day earlier.

While many ESFPs struggle with such commitment issues, there are also many who have overcome these. In fact, many ESFPs have learned to appreciate being committed to their partner. Consequently, they find themselves in lifelong engagements to the one they truly love. However, those who did not manage to overcome their commitment problems will – more often than not – jump from one relationship to the next one.

Another downside of the ESFP personality type is their conflict aversion. If possible, they will do everything they can to circumvent the conflicts and problems that arise. But if they find themselves in a conflict, they will most likely take criticism personally.

The ESFP personality makes a warm, fun, and affectionate parent. They will be quite exciting, creative, and surprising parents that greatly care about their kids. However, due to their preference for living in the moment, most ESFPs struggle with creating a structured environment for their children. Therefore, they heavily rely on their partners to create such structures.

Similarly, ESFPs may not be very fond of disciplining or punishing their children. Therefore, the ESFP personality type prefers being a friend to their children rather than being authoritative. To them, it is more important that their kids can freely unfold themselves, which requires a less structured environment. As such, they feel that too much discipline, order, and structure may be opposed to their children’s development.

At the same time, ESFPs have the unique ability to transform everything they do into an exciting and fun adventure. For this reason, they will naturally attract many friends, simply because they are so exciting and entertaining.

Thanks to their high sensitivity, ESFPs easily relate with all the other personality types. In fact, they are able to get along with all of them pretty easily. However, they may quickly become bored of those individuals that have nothing exciting to offer.

While ESFPs easily get along with others, not all personality types may fully appreciate them. Many will criticize them for their hedonistic approach to life and their high fun-orientation in general.

Many notable individuals exist that can be classified as ESFPs. Some of these famous ESFPs include:

I hope you enjoyed this analysis of the ESFP personality type. What are your experiences in dealing with this character type?

To learn more about the other exciting personality types, have a look at the 16 Personalities of the Myers-Briggs Type Indicator.