You are at:Home »Management »The ENFJ Personality Type Explained

Isn’t it interesting that the entire human population can be classified into just 16 different personality types defined by the Myers-Briggs Type Indicator? This is even more surprising when considering that this planet is inhabited by more than 7 billion individuals. At the same time, your psychological preferences determine how you think, feel, behave, and perceive the world around you. Consequently, by identifying these preferences, you can gain important insights about yourself. Similarly, by identifying the personality type of another person, you can better predict how they will react in certain situations. In this article, we’ll have a look at the ENFJ (extraversion, intuition, feeling, judgment) personality type, which is also known as “The Educator” or “The Teacher”. It is a personality type that is quite scarce as it is estimated to occur only in 2-5% of the population. Let’s have a look at the personality of ENFJs and their psychological preferences. Here’s what characterizes ENFJs and makes them so interesting.

“I was born with an enormous need for affection, and a terrible need to give it.”
Audrey Hepburn

In fact, the personalities described in the Myers-Briggs Type Indicator have gained enormous popularity. As such, they are regarded as highly accurate psychological classifications of the existing personality types. 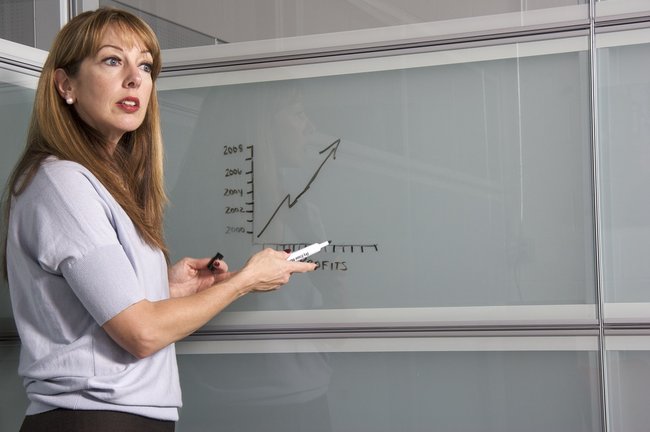 Here’s everything you need to know about the ENFJ personality type.

In the following, we’ll have a look at the ENFJ personality type as it is described in the Myers-Briggs Type Indicator.

Investigating ENFJs and their personality is quite interesting because they are quite rare. The following will present you a lot of surprising insights about yourself if you are an ENFJ. At the same time, it will help you to better understand the behavior, motivations, and thinking of an ENFJ you are confronted with.

In general, ENFJs are exceptionally passionate patrons, protectors, and altruists that never shy away from standing up for what they feel is right. They are exceptionally gifted teachers that have the unique ability to help others identify and develop their full potential. In short, ENFJs have the desire to pave the way for a better future and seek to motivate others to do the same.

Let’s start by defining what ENFJ means. This is followed by an in-depth explanation of the personality traits of ENFJs.

ENFJ meaning (what does ENFJ stand for?)

The acronym ENFJ stands for Extraversion, iNtuition, Feeling, and Judgment. These four dimensions are based on the psychological types defined by Carl Gustav Jung. One derives at these dimensions by assessing a person’s psychological preferences in the following areas:

Here’s an explanation of each letter and how it relates to the ENFJ personality type:

ENFJs are outstanding teachers, coaches, and leaders. They have an innate ability to inspire others to reach their full potential. At the same time, ENFJs are keenly interested in making the world a better place. If you combine this quality with their exceptional teaching or coaching skills, you have quite an impactful personality type. To be more precise, ENFJs are very effective at convincing others to follow their footsteps and to make a positive contribution in their own communities.

In general, ENFJs are very charismatic individuals overflowing with energy and passion. Combined with their inherent confidence, this personality type can skillfully motivate others to not only better themselves but also the external world.

One important characteristic of ENFJs is their unique ability to always find new and engaging ways to convey important lessons to their students. As anyone who’s ever been taught, coached, or led by an ENFJ personality type can confirm, ENFJs always come up with new and inspiring learning methods. Consequently, ENFJs are exceptionally popular among their students for their ability to capture their student’s imagination.

Another factor that makes ENFJs so popular among their followers is their – seemingly unending – belief in those they are guiding. As a consequence, their followers and students thrive under the supervision of an ENFJ. The reason for this is that ENFJs encourage those around them to discover their true potential. At the same time, ENFJ personality types are magnificently adept at bestowing confidence upon those around them. Consequently, the individuals that are guided by an ENFJ will often look at their own growth and development with sheer amazement.

Interestingly enough, ENFJs are unusually gifted when it comes to verbal communication. For this reason, they are skilled communicators that can explain complex subjects in an easy-to-understand manner. As a result of their verbal proficiency, ENFJs often are very influential among those they interact with.

When it comes to planning and scheduling, the ENFJ personality type may shy away from decisions that are too spontaneous. Instead, they prefer long-term planning. However, once these plans are finalized, ENFJs will dutifully observe their obligations and commitments.

Approachable and easy to deal with

Another interesting personality trait of ENFJs is their high cooperativeness. As such, this personality type values harmony and actively seeks to establish friendly relationships. For this reason, ENFJs are often considered by those they interact with as individuals that are approachable and nice to deal with.

What is interesting about ENFJs is their well-developed intuition and sensitivity. Consequently, they are very perceptive of other people’s needs. Even more so, the ENFJ is often seen as someone who can accurately and precisely read other individuals. At the same time, ENFJs have developed an above-average understanding of themselves. This, in turn, gives them important insights into the behaviors and motivations of the people they interact with.

The downside to this exceptional sensitivity is that ENFJs often find themselves unconsciously adapting other people’s moods, emotions, and beliefs – even if they don’t want to.

The ENFJ personality type can often be found in the teaching profession. However, this does not mean that ENFJs are exclusively limited to this area. In fact, there are many other career paths that are very suitable for this personality type.

In general, ENFJs thrive in careers where they can work with people. At the same time, this personality type is exceptionally proficient at conveying knowledge verbally. If you combine these qualities with their passion for helping others in reaching their full potential, these are excellent professions for ENFJs:

Whatever profession an ENFJ chooses, it is often a job that requires lengthy interactions with other people.

ENFJs make very affectionate and warm friends, partners, and parents. They are very nurturing to the people they interact with. At the same time, ENFJs are often described as exceptionally supportive of those around them. As such, the ENFJ personality type always seeks to encourage others to live up to their full potential. Even more so, ENFJs thrive in situations where they can help others to grow and develop themselves.

ENFJs have not only developed exceptional people skills but are also quite relationship oriented. At the same time, they seek approval and affirmation from those they establish relationships with.

In some situations, ENFJs may be perceived as overly critical of other people. However, their judgment in these situations is always quite sharp and more often than not pretty accurate. But once they have communicated their standpoint, ENFJs will become warm and affectionate again.

The ENFJ makes a very committed partner that is kindhearted and loving. In general, ENFJs will be very dedicated to their lovers. Similarly, they show a great deal of affection for their significant other. At the same time, ENFJs are willing to invest a significant amount of work, effort, and time into a relationship. However, if the relationship should fail, most ENFJs will quickly move on. Still, they will feel guilty for the failure of the relationship.

ENFJs are often described by their friends as very social, warm, and authentic individuals. They are very supportive of their friends and help them wherever they can. Similarly, ENFJs are very popular amongst their peers for their ability to resonate with other people’s emotions and feelings. As such, they make important guides that can help their friends to overcome what is holding them back.

In friendships, ENFJs seek authenticity. In general, ENFJs can get along with all the other personality types. However, they may prefer spending time with “Feeling personality types” rather than “Sensing Perceiving types.” The reason for this is that the value and belief systems of ENFJs are more aligned with Feeling types and often in conflict with Sensing Perceiving types.

ENFJs are dedicated parents. Consequently, they are very serious about their responsibility as parents. When it comes to educating their children, ENFJs focus greatly on passing on their own value and belief systems. At the same time, ENFJs are very concerned about being good role models.

On the negative side, ENFJs can often be very strict and authoritarian with their children. To them, they are fully responsible for the individuals their children become. As such, ENFJs will often have very high expectations of their children. However, this can often put a lot of unnecessary pressure on their kids.

On the positive side, ENFJs are very affectionate, warm, and loving parents. They will always support their children wherever they can. Similarly, ENFJs will encourage their children to confront and overcome what they are afraid of.

There are quite a lot of popular individuals that can be categorized as ENFJs. Among these famous ENFJs are:

The above-mentioned individuals are perhaps some of the most popular ENFJs.

ENFJs never shy away from standing up and speaking their mind. They firmly believe in speaking up for what they believe in. Luckily, ENFJs are naturally gifted at communicating with ease, which greatly helps them in conveying their opinions. Similarly, they can effectively address various personality types because their speeches often contain a well-balanced combination of facts and emotions.

Thanks to their excellent understanding of themselves and their inner landscape, ENFJs are very insightful of others. This helps them to accurately analyze other people’s emotions and feelings. But it also allows them to sense the needs of those they interact with.

If you want to learn more about the other personality types, have a look at the article entitled: 16 Personalities of the Myers-Briggs Type Indicator.

I hope you enjoyed reading this overview of the ENFJ personality type. What are your experiences in working and interacting with this character type?