You are at:Home »Spirituality »Aura Colors and Their Insightful Meaning

In scientific circles, it is widely accepted that the human body emits energy. Even more so, scientific studies have shown numerous times that the entire body of a human being is surrounded by an energy field. Thanks to an electric graphic recording technique named Kirlian photography, this energy can not only be detected but also captured on film. The electromagnetic field that is surrounding the human body is commonly known as “aura.” The human aura is quite an interesting field for research. As such, it can provide you a plethora of valuable information about another person’s emotions, mental states, and feelings. In the following, we’ll have a closer look at all the different aura colors, their meaning, and what they tell you about other people.

Not only do living beings radiate energy but this energy can also take on many different colors. Interestingly enough, the color, shape, and brightness of the human aura can vary from person to person.

“The more you consistently choose loving, appreciative thoughts, the more your aura radiates out that energy of love and appreciation. Then, you truly uplift – what you focus upon shines and your mere presence illuminates.”
Karen Whitaker

Thanks to spiritually adept individuals, we know that the different aura colors of human beings reveal important information about them. As such, the vibrations and aura colors of an individual outwardly reflect their internal landscape. 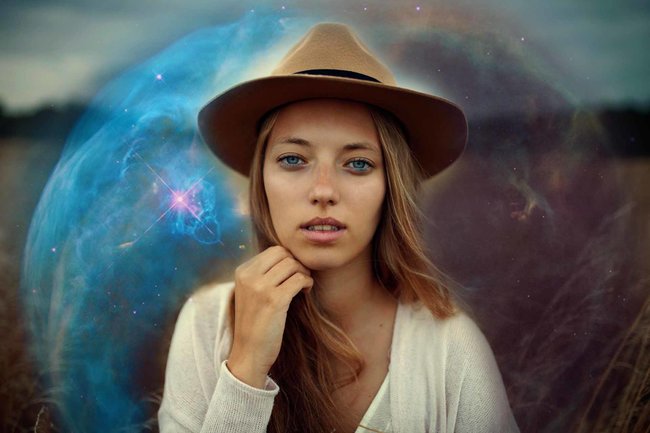 The following explores all the different aura colors and their meanings.

By understanding the meaning of the different aura colors, you will be able to intuitively understand the emotional state of another person. Let’s have a look at the various aura colors and their meanings.

Aura Colors and Their Insightful Meaning

What makes interpreting auras so difficult is that they come in all different kinds of forms, shapes, and colors. In fact, only rarely will you encounter a person whose aura shines in the luminous light of one color only. Instead, most human auras are the result of different colors mixing with each other.

What does the term “aura” describe?

In short, every living body emits energy. The human body is no exception from this. As such, your body emits different energies. Some of these energies can be detected by scientific measurements, for instance, heat emissions. The human aura is one such energy – or to be more precise – an electromagnetic field. In most cases, an individual’s aura is shaped like an egg around the entire human body. Even more so, spiritually advanced individuals have stated time and time again, that a person’s aura holds valuable insights.

Aura colors and their meanings

Here’s a short overview of all the possible aura colors, which is followed by an in-depth explanation of each color and its meaning.

Let’s have an in-depth look at all the aura colors and their respective associations. The following will especially show you what each aura color means and symbolizes. Even more so, it will highlight the insights about another person you can gain by identifying their aura color.

White aura colors stand for purity, truth, and newness. You will only rarely – if ever – encounter another person whose aura shines in a perfectly white color. This is because you only find white auras in spiritually highly evolved human beings. In fact, a white aura may be a sign that a person is fully illumined and/or has fully transcended physical reality. If you see a person with a white aura, it is very likely that you have encountered a person who is very close to ascension.

While white aura colors resemble truth and purity, dark auras indicate opposing characteristics. Associated with such colors is fear, the inability to forgive, grief, and (emotional) wounds or hurts. In general, dark aura colors are closely connected to negative feelings.

Let’s have a look at each of the dark aura color tones.

Let’s continue with a mixture of various colors that indicate much brighter characteristics than the aforementioned dark aura colors.

Individuals whose aura consists of a wide variety of colors – just like a rainbow – are energetically gifted. For instance, you will find that many healers have rainbow-colored auras.

There are particularly two metals that are deeply associated with spirituality: gold and silver. As such, these two metallic tones indicate that spiritual and exceptionally positive vibrations are emitted from this individual. Let’s have a look at both metallic colors in more detail.

Let’s discuss an exceptionally powerful color in a person’s aura: red. Investigating the nuances of the different red tones in the human aura can be quite interesting. This is because red, in itself, can indicate both positive and negative aspects of a person’s character.

Orange color tones in a person’s aura are associated with vigor, vitality, energy, and good health. Such individuals are usually very outgoing, energetic, adventurous, and creative.

Orange color tones in an aura are a telltale sign of creativity, intelligence, optimism, playfulness, and the ongoing process of awakening. Individuals with yellow elements in their aura are usually very independent and prefer analytical thinking. They also are skilled communicators and good observers, which makes them not only great teachers but also successful professors or scientists.

The green color can readily be found in the environment. Therefore, it is not too much of a surprise that individuals with green auras are usually very balanced and harmonic people. You may feel very comfortable being around them and they somehow have a very grounding effect on you. Even more so, individuals with green color tones in their aura are very social people and enjoy spending their time in nature and/or with animals.

A blue aura color is usually found around people who are very intuitive, loving, and sensitive. It is, therefore, very likely that you can find such individuals in caring professions and other areas where they can be of service to others.

Violet aura colors indicate intuition, sensitivity, and a certain level of attunement. Individuals whose aura has violet color tones may be quite wise beings whose sensitivity helps them to effectively help others who are confronted with a great variety of different challenges. At the same time, such individuals are exceptional visionaries. This, however, may sometimes cause them to daydream instead of taking action.

Unsurprisingly, people whose aura color contains earth tones are usually grounded and in harmony with nature.

I hope you enjoyed reading this explanation of the various different aura colors and their meanings. Have you ever seen an aura?