You are at:Home »Conscious Living »Why You Don’t Need Superheroes

Who doesn’t love Superman, the Avengers, or Spiderman? Everyone – especially kids – would have at least one favorite superhero that they look up to. Well, everyone except me. Don’t get me wrong: when I was young, I absolutely adored Batman. Although he wasn’t born with amazing capabilities like the other superheroes, he had the skills, the car, and the equipment. Not to mention the ravishing good looks. However, my fanaticism ended as soon as the television was turned off. I went back to my regular toys, my dreams of becoming a German princess, and eating tons of ice cream. Here’s why you don’t need superheroes! Some people may argue that I’m not really a fan. After all, I had no posters or even a DVD collection to show my devotion. But to me, Batman would always be my favorite super hero.

But that was all.

He’s a cool guy and always will be – but I’ve learned that REAL super heroes (like my Dad, my friends, that guy who helped me with my heavy shopping bags) are far better.

The Reasons Why You Don’t Need Superheroes

Batman Has The Mad Skills – But You Do, Too!

As my favorite super hero doesn’t have special telekinetic powers or flying abilities, Batman trained long and hard to acquire the skills necessary to beat the criminals of Gotham City. Back then, I was envious of his martial arts mastery. But as I grew up, I realized I didn’t need that to be recognized or to help rid my community of bad guys: I just needed to be myself – only braver.

It takes a brave spirit to remain loyal to a friend, especially when that person is not there. It’s definitely easier to ignore what’s happening around you, without saying anything. But if you want to make the world a better place, you need to begin with yourself. In the real world, it’s not just skills that matter, but your values. What do you believe in? Do you think that love, humility, and loyalty are still important? 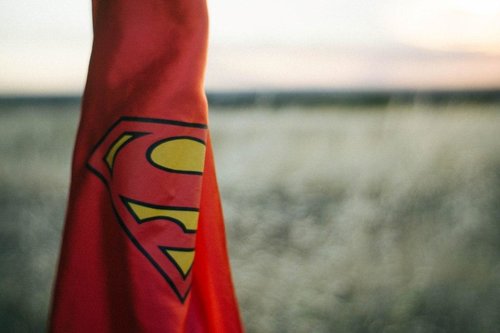 Chuck your cape in and be a real hero instead

Back in fifth grade, I was part of a fabulous group of popular girls. They were everything that I wanted to be: pretty, rich, and had influence over other students. But when our adventures meant breaking my parents’ rules, I realized how tough it was to go against them. After all, they were my friends. Sad as I was, I broke from their clique and was on my own for quite a while.

I didn’t have Batman to rescue me from their taunts and harsh gossip when I left. But soon enough, I found new people that were just as fun but possessed the same values I deemed important. Plus, as I studied more and became involved in school activities, I slowly made my own name.
I didn’t learn martial arts or achieved genius level intelligence – however, I did learn how to be a good friend and an honest daughter.

Spiderman Gets The Fame – But So Can You!

Another one of the favorite super heroes is Spiderman. Although I’m not exactly a fan of arachnids, I love watching him jump from building to building. One of the best parts about his adventures is after he saves the day when the New York residents begin cheering for him. I used to imagine throes of folks shouting my name, with my initials all up in lights.

Eventually, I realized that not all fame is the same. In fact, just like success, it could mean different things to different people. For some individuals, fame is being promoted to the highest position at the office; while for others, it means being acknowledged by your loved ones.

There was a particular incident back in college when our department was suddenly called for the official awarding of the past semester’s honors’ list – and I was totally unprepared. While my friends all had their family with them (or at least their mom or dad), I had no one. Although I got an award, it was one of the saddest moments in my life.

I understood then that Spiderman was not really happy because random people were cheering him on – he was happy because he knew he was keeping the city safe for his loved ones, Aunt May and Gwen Stacy. That’s why when Gwen died, Spiderman almost quit being a super hero because he felt he had no more reason to save the city.

Just like the character of Peter Parker, I sought for my own reason to continue helping others. This came in the form of volunteer work for our university’s Peer Counseling club. Aside from listening to troubled students, we also went to impoverished communities to teach and play with the children. There were no awards, nor ribbons – but those were the best memories I’ve had.

I didn’t have crowds of people cheering my name like in my daydreams, but I had something better: the smiles of the children we spent time with.

Be a Real Avenger Instead

My family loves the Avengers. During the Holidays last year, I even accompanied them to watch the Avengers movie before the mall closed. It was a thrilling film with plenty of nail-biter scenes.

But at the end of the day, it wasn’t Ironman who kept the city safe: it was the local policemen. My dad was no Hulk, but he was real patient as he took care of my younger brother while assisting my grandma with the heavy groceries. Turns out, the Avengers have real life counterparts in the form of doctors, nurses, firemen, and retail staff who seem to have boundless energy as they serve people from all walks of life.

Becoming a real life avenger means going above and beyond as a normal citizen. When I was still a customer service representative, we were required to work on Holidays and New Year. It felt great to help customers who were having problems with their service during what was supposed to be an enjoyable day for them. I didn’t need super strength or laser beams – I just needed to be there for them.

Who says you need to wear a costume to be great?

You can be a fan of several super heroes AND be fantastic in real life, too. Look past their dare devil stunts and focus more on their values: be humble, be kind, be brave.

You don’t need super heroes because you already are one!

To your friends and loved ones, you are their rock, their shield, their comrade. They need your strength to overcome life’s challenges. They look up to you for tenderness and kindness when their world is spinning out of control. Even your parents could do with a little bit of support from time to time.

In the end, the costumes, gadgets, and mad skills are just for show: what matters most is being able to accept who you are – and then use that to do good. Are you your own superhero?