You are at:Home »Success »5 Steps to Overcome Failure on the Road to Success

When I was in high school, I really struggled with math. Somehow, my brain was just not wired for it, especially geometry. But to get into college, I had to have 3 years of math, so I struggled along, have to admit I cheated a bit, and got through Algebra I and basic geometry. When I hit Algebra II, I knew I was sunk. Never having really mastered Algebra I, now I was faced with a course that built on that earlier one. My teacher was not a particularly compassionate guy, and at one point said to me, “You will never get into college, and if you do, you will never meet the math requirement there to get a degree.” My response to that statement? “Watch me!”

Guess what happened next. I failed the course. And I know that teacher was probably smugly telling himself that he had been right all along. (I really do dislike smug people).

“Failure should be our teacher, not our undertaker. Failure is delay, not defeat. It is a temporary detour, not a dead end. Failure is something we can avoid only by saying nothing, doing nothing, and being nothing.”
Denis Waitley

I considered my options. As a junior in high school, I had to fix this failure if I intended to get into college. I could re-take the course next year (same teacher – I think not) or I could find another way around the “wall.” The solution was to find a summer school course taught by someone else who might be a bit more understanding of my situation. 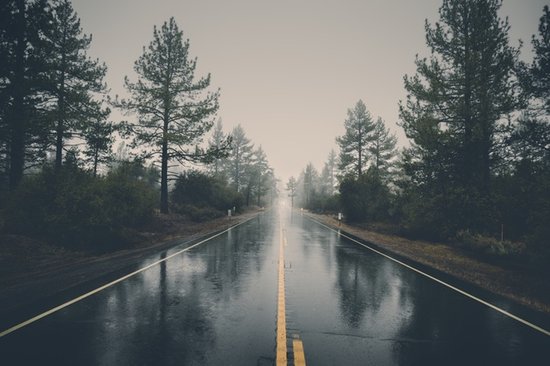 Failure is like rain. It will eventually go away and the sun will shine on your road to success

That summer school teacher saved me. In six weeks, she taught me more about algebra than I had ever learned at my school, and I came out of that experience with a “badge of success” (and, oh yes, a “B” in the course) that I wanted to flaunt in front of that nasty Algebra II teacher. I didn’t do that, but the experience that summer taught me a critical lesson – when faced with failure, there are always ways to get around it, to push through it, and to replace it with success. I have approached failure with that attitude from high school forward. While we cannot claim that a failure is a success, we can use and abuse those failures for our own benefit. Here are 5 steps to deal with failure. Trust me – they work.

How to Overcome Failure on the Road to Success?

1. Give Your Emotions Validity

When that high school teacher made his statement to me, my initial response was defiant. That was a “knee-jerk” response, made in self-defense. While I sounded tough, inside I was scared, upset, hurt, and wondering if he was right. That night and for several nights after that, I had to deal with all of these emotions. I cried, I had long conversations with myself, I expressed to friends how much I hated that math teacher; I also secretly kind of hated myself for being so poor at math. All of these I had to work through. It’s called “catharsis” in literature. By getting everything out, you will be able to calm yourself, and then rationality will take over. Once you become rational, you can re-group.

One of the easiest things to do is to blame others. Why didn’t that math teacher do more? Why didn’t he explain things differently? It’s always easy to blame yourself when failure happens. “I am really stupid; I should have worked harder.” The truth is, sometimes circumstances and you and others just collide to create a failure. You can only be responsible for you, so you have to focus on what your part was and how you can identify exactly how the failure occurred. This is the only way to move forward. So, here is what you need to do – be objective, stick to the facts, and stop with the blame, the judgment, or trying to justify what your actions were. It’s in the past. I admit I spent some time justifying why I didn’t take some action to get tutoring or extra help, but none of those justifications changed anything. The reality was I failed and had to fix that, and I had to look at the situation very objectively. There are a couple of ways to do this:

Admittedly, some failures cannot be fixed. But that doesn’t mean that you don’t take action. While in college, I had a great idea for a business – I decided to sell advertising to go inside the bathrooms on campus. It would be tasteful – just nice colorful poster-type ads in frames to go on the inside doors of stalls and above the urinals. I got a few friends together and we approached the “powers that be” on campus. We received permission to do it as long as the ads were tasteful, didn’t support anything illegal and if we dedicated some space in our large frames to campus events. Done and done. We bought the frames; we found an art student to design the ads pretty cheap and a local printer willing to cut us a deal. What we couldn’t get? Advertisers. Much as we tried, only a few bars and restaurants were willing to put ads in bathrooms – it was a pretty conservative town, and the concept was difficult for them. We failed, and we lost a good chunk of money doing it. No further action needed to be taken. However, we managed to sell the frames and had a good laugh in the end.
The question became this – did we want to try another business? Yes, but we knew a bit more this time, especially that we needed to make sure there was a market for what we were offering before we plunked down any money. (We were pretty broke anyway). We started a concierge business. Students are busy people, and lots of them were willing to pay us to get their car license plates/registrations renewed, to pick up their dry cleaning, to do their personal and grocery shopping, etc. We expanded into the town with our business and actually did pretty well – well enough that we didn’t have to take out any student loans for our senior years at least. That’s what overcoming failure is all about; taking the remains of a failure to build a brighter future.

What that failure taught me was tenacity. Get back up, shake off the dust, and get back on board. Taking action in a new direction and having success restores all of the doubts you had about yourself. The other thing it taught me was to think through every aspect of something before jumping into it.

I love this term, because it combines the two things that you have to have when you have experienced failure and need to start again.

It’s so easy, in the midst of a failure, to think that our entire world is crashing down around us. Several years ago, a friend of mine graduated from law school and began the arduous task of preparing for the bar exam. He failed it. Three years of study, a mountain of student loan debt, and a job offer he could not take – a pretty epic fail. He sat in his apartment for a few days with a large bottle of vodka (maybe a few, actually), and told me on the phone that he was just going to go out and find a job and “just screw this whole lawyer thing.” He dipped into a major funk. I stopped by to see him a few times, but he was immersed in video games, day-old pizza, and a major pity party. His roommates were beginning to complain too. Then, his 8-year old niece got cancer. When he called me with the news, I offered to go to the hospital with him to visit her. It was a transformation. Seeing all of those children battling this horrible disease, still able to smile, and still optimistic for their futures, certainly put things in perspective for him. He got his act together pretty quickly after that – took a bar review course and passed. And a bone marrow transplant saved his niece.

One of the most important things about dealing with failure is getting perspective. In the midst of our pain, disappointment, and anger, we have to remind ourselves that, in this huge world, one failure is pretty minuscule in comparison. If you take the right steps to deal with it and move on, you may actually look back upon it someday and have a good laugh.

So, what will you do when you meet failure, even a big one? It might be a good idea to ask yourself this question in advance.

I hope you enjoyed this article about five steps to overcome failure. What are your strategies to get up after a set back and learn from it for the future?

Kerry Creaswood - a young and ambitious writer from Savannah, GA. She is fond of various forms of art and thinks that everything we can imagine is real. To find more about Kerry - check her website: ghostprofessors.com/blog.