You are at:Home »Limiting Beliefs »The Hidden Power of Emotional Vulnerability

Last year my girlfriend and I taught English in South Korea, and aside from being an amazing experience, it was one of the hardest things we’ve done as a couple. Some schools out there offer “couples jobs” which entail the two of you to interview together (a la Will Ferrell’s Stepbrothers), and then work together, and live together. Sounds easy enough, right?

We would literally spend all our time together; from the moment we woke up to the second we went to bed, 24 hours a day, seven days a week. To make matters worse, the apartment we shared was a tiny studio apartment roughly 4m². We had no escape from each other. In a distant land, with an eight-hour time difference, we suddenly became each other’s entire support network. We had to be each other’s Mum, Dad, and friendship circle. 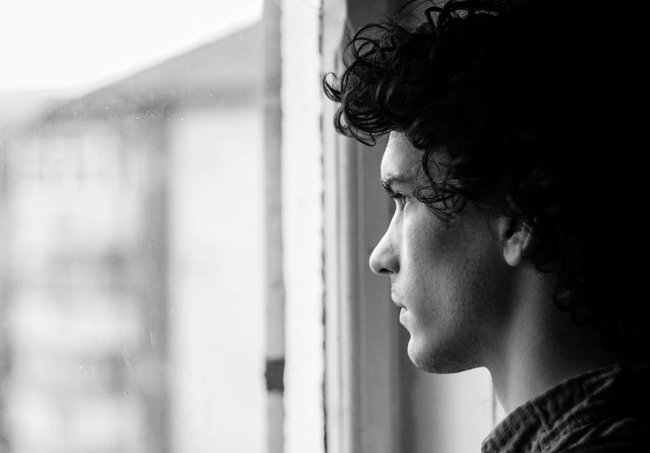 When we open ourselves emotionally, we become vulnerable but we also make room for something exciting.

With so much emotional weight on each other, we began arguing. I’m a passive-aggressive person, and will often avoid arguments by simply going somewhere else. My girlfriend has an explosive anger that needs to be expunged before she can continue with her day. As I’m sure you can see, we have very different and uncomplimentary ways of expressing anger.

The Hidden Power of Emotional Vulnerability

So, we reached an impasse. Our relationship couldn’t progress. We were constantly fighting/resenting/being frustrated at each other. We saw two solutions; break up, or communicate better.

“What happens when people open their hearts? They get better.”
Haruki Murakami

What’s being emotionally vulnerable got to do with communication?

Great question! My girlfriend and I started reading all kinds of books about relationships and we found that, in the words of master Yoda, “fear leads to anger… anger leads to hate… hate leads to suffering”. We logically worked our way backward from our suffering and realized that all the anger we were expressing toward each other, and all the negative emotions we forced the other to carry, was a result of fear.

Now “fear” as a term is pretty meaningless. There are so many kinds of fear; things that make you nervous, things that give you anxiety, fear of physical pain, fear of emotional pain, rational fear, phobias, and so on. However, for the majority of these (other than rational fear) a typical emotional response when asked to perform an action that makes you feel that fear is anger.

However, that anger is a learned response. A force of habit. Instead of allowing ourselves to show just how terrified we are, we dismiss an action or activity by saying things like “that’s stupid!” “Don’t be ridiculous!” or (my favorite) “What’s the point?!”

To relate this back to the story, my girlfriend and I were terrified of:

Normal relationship fears that were compounded by the fact that, suddenly, it was just the two of us. Spending all day together. Being watched by our spouse every waking hour. Knowing that they could see the darker side to us.

It was only when we agreed on creating safe non-judgemental conversation spaces, that we began feeling less angry, less resentful, and less scared. When we began sharing our fears with each other and when the other reacts in a supportive and accepting way, did we begin to, not only love each other more but love ourselves more.

Isn’t this article about emotional vulnerability?

Alright! I’ll get to point. What my girlfriend and I had discovered was that by overcoming our fear of rejection and opening our ego and self-beliefs to attack, it made our relationship stronger. Being “emotionally vulnerable” is all about allowing yourself to show others sides of yourself that may go against who you believe yourself to be. I understand that this seems like an oxymoron, so I’ll illustrate with some of my own personal examples;

Despite having self-beliefs about ourselves, it’s also possible to believe the opposite. We all have fears and doubts about our identity, social standing, ability, mental prowess, and relationships. It can be very difficult to talk about them, especially in today’s “everything must be positive, or else…” climate.

Working in the sector that I do (wealth, success, personal development) I feel that there is a huge movement of people that are determined to shield themselves from any kind of emotional vulnerability because it will either:

Now we’re getting somewhere! How can being emotionally vulnerable help you?

Incredibly, once my girlfriend and I started sharing our fears and weaknesses with each other we both became; emotionally stronger, more confident, and better at forming deeper relationships. And this wasn’t just with each other, this was with everyone.

How emotional vulnerability makes you stronger

By sharing with my partner (and trusted loved ones) my fears and insecurities, I overcame a fear of rejection. One of Freud’s theories is that the majority of our emotional issues stem from our fear of rejection. Typically, this starts as a child. Freud suggested that many of our complexes and insecurities come from childhood when winning a parent’s attention was the most important thing in our lives. A classic example of this is the spoiled rich kid that acts out when they get the chance to in an effort to gain the full attention of their work-obsessed parents.

One of my (and I think most people’s) biggest fears is that people will shun me, or not want to be around me. Especially in success and wealth circles, there is a culture of disapproving of people that talk about their problems and insecurities. “You must surround yourself with positive thinkers,” the books say, “if anyone around you is a negative influence, stop hanging out with them”. To be able to share my problems and issues with someone else, and they want to stick around, made me understand that people appreciate a well-rounded individual. Not just an everything-is-always-great energetic hyper-positive person.

How it boosts your confidence

Similarly, as I’ve become more in tune and accepting of aspects of my personality that I’m uncomfortable with, I’ve become far more confident. Here’s an analogy I’ve been using to describe how this works:

Through practice and hard work, my emotional insecurities don’t feel as much of a weakness as they did before. For example, my issue with thinking that maybe some people don’t like me has now vanished! Through talking about it with my girlfriend and my close friends, I realized that it’s ok if some people don’t like me because that’s just the way some people are. During the conversation, we all shared stories about people that didn’t like us (for no apparent reason) and how we got through it.

How it gives your relationships more meaning

I’ve briefly touched on this concept in the previous sections, but it’s amazing how much deeper my close relationships have become due to sharing our emotional vulnerabilities. I think that this is due to two reasons:

The first reason is known as the “Ben Franklin effect,” simply put; we form a closer bond with the people that we help. When you ask a favor of someone, they’re more likely to associate you as a closer friend. In the same way, when we ask our friends for emotional support, you’re essentially asking them for a favor. Now, I’m not saying that you should unload all of your emotional baggage onto your mates every time you hang out. What I am saying is that when you really need to talk to someone, ask around, you’ll be amazed at how flattered people are to be asked!

The second reason is that if you’re comfortable talking about your fears and anxieties, you unconsciously give others permission to talk about themselves. When your guard is dropped, the majority of people then feel compelled to drop theirs. Like in the example I gave about learning that it’s ok to be disliked, everyone has a story to tell when the same thing happened to them. By learning more about our friends and providing a safe environment to talk about our emotional vulnerabilities, you create a stronger bond through trust and empathy.

All this sounds amazing! What are 3 steps I can take today?

Although I’ve made “being emotionally vulnerable” sound like a secret holiday destination that no one knows about, it’s actually a difficult (but life-changing) undertaking. One of the things I’ve struggled with most was (and still is) showing others my fears and weaknesses, even to people that I trust and love. The following techniques are things that I’ve done to help me become more in touch with myself and able to communicate with my partner/loved ones.

Again, I’m not suggesting you start unloading your emotional baggage to the person sitting next to you on the bus, or revealing your deepest fears the next time the postman rings your doorbell. What I’m suggesting is that you look inside yourself and see yourself as who you truly are, not who you think you are, and not as your insecurities would have you think, but exactly as you are.

The four following questions helped me be more objective about my emotional vulnerabilities and enabled me to figure out how best to talk about them to my partner:

By externalizing your fears, and ways of dealing with them, you already have symbolically and physically shared them with another, even if it’s just a piece of paper. The first question enables you to actually look at your fears and from an outside perspective, allowing you to feel a greater sense of control over them. The second question is designed to help you to understand the best environment to share those fears, and how to create that environment. The fourth question is about how best to express yourself, don’t just think about you. Think of all the ways that people express emotions and then rule out the ones that you’re completely uncomfortable with e.g. “I can’t paint, so I wouldn’t use that method to express myself.”

What are your experiences with making yourself emotionally vulnerable?

Nate Chai is the founder of Five Years to Financial Freedom, a publication dedicated to educating people that want to pursue their passions, reach their own ideal of success, and invest effectively.