You are at:Home »Mind »The Importance of Emotional Intelligence

I have a confession to make: I’ve always been insecure about my intelligence. When I was young and first heard about the IQ test, I was intrigued. I wanted to see how I could measure up to everyone else around me; see if I could prove myself to my classmates. I wanted ultimate, omniscient knowledge to be my superpower.

By the time the internet was easily available and “Free IQ Tests” were everywhere online, I was too terrified to try it. I built up my expectations so high that I didn’t want to admit that I might not be as smart as I had hoped. One of the main concerns was my conservative upbringing. If showing that my schooling was poor, wouldn’t I be admitting to an underdeveloped understanding of the world?

“It takes something more than intelligence to act intelligently.”
Fyodor Dostoyevsky

So it was that I never took the IQ test; official or otherwise. I still don’t know what my score might be. My insecurities about my intelligence often led to me accepting abusive behavior from others; taking the insult of “What are you, an idiot?” too seriously; avoiding intelligent debates with others over the fear that my lack of knowledge would be exposed. 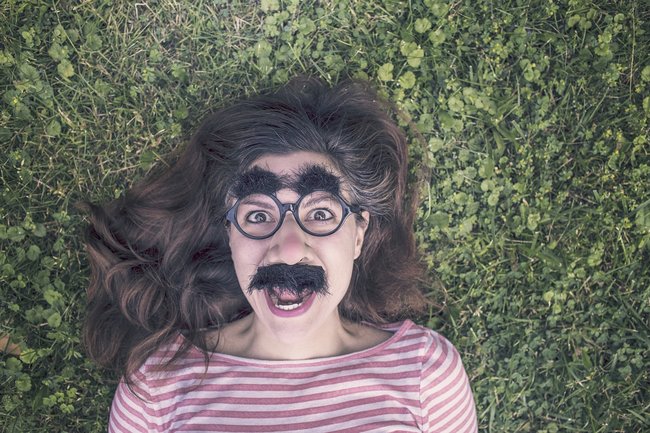 Intelligence alone may not always be enough.

The insecurities took me years to overcome, but I eventually came to terms with them. I wasn’t going to be the smartest person in the room, and that is okay to admit. As long as I listen, absorb, critically think about issues, and research information, I could build up a semblance of intelligence.

The Importance of Emotional Intelligence

A few months ago, while researching for an article, I came across an interesting blurb about “multiple intelligences.” In the piece, it talked about how IQ (an arbitrary number that we assign to someone’s brainpower) was only a fraction of the picture and far too limited. IQ is a part of our capacity to determine logic and reasoning but is only one way that we think and succeed.

Of course, as we further our understanding of neurotypical and non-neurotypical conditions such as autism, this idea of multiple intelligences isn’t very farfetched. Everyone interprets the world differently, and singling their potential down to a number from an IQ test is a belief entrenched in ableism (discrimination against individuals with a disability).

Gardner’s research is something that has gone on to shape our understanding of child development, changing the methods that teachers use to approach educating their students. It has also gone on to be slowly accepted and integrated within business, healthcare, and other professions.

By honing in on our emotional intelligence we can better ourselves and the world around us. It’s no wonder that the world is in such turmoil these days: emotional responses are disregarded, and ‘rationality’ is favored. If we can fine-tune our EI, we can ultimately make the world a better place for everyone.

Emotional intelligence shines especially bright within the business realm, but it is something that has only recently been pursued by hiring managers and industry leaders. Luckily, business education programs are recognizing the recent adaptation of EI in business. According to the University of Southern California’s research on emotional intelligence, the applications span beyond inter-office communication (although that is key), and into hiring decisions, team motivation, leadership, conflict resolution, and the global marketplace.

“Emotional intelligence is correlated with traits like perseverance, self-control, and performance under pressure. It provides leaders, no matter their skills, with the emotional fortitude to adapt to change and deal with setbacks.”

The University of Maryland’s Online MBA program also focuses on the importance of emotional intelligence in their curriculum, but zeroes in more on the actual numbers. As the University of Maryland indicates in an infographic, a higher EI can result in a 58% positive variation in job performance, whereas IQ can only affect job performance by between 4-25%. Similarly, a study by Joshua Freedman found that when businesses place a higher emphasis on emotional intelligence, they may see up to a 34% increase in profits.

The higher appreciation and acceptance for EI could be responsible for the increase of women in business. As USC and other researchers note, women tend to score higher on emotional intelligence tests. This doesn’t mean that women are the only gender capable of achieving a high EI, but it could explain the benefit of including women in the boardroom. By offering up insight from a different viewpoint than that of the standard businessman, women have brought innovation and creativity into many spaces where it is needed.

The large international corporation Alibaba (the ‘Amazon of China’) has claimed that women in high-level executive positions are their “secret sauce” to success. The founder, Jack Ma, noted that the increases in emotional awareness from women and their ability to “balance the logic and the instinct” have made Alibaba into the e-commerce giant they are today.

Of course, whatever the gender, individuals with heightened EI can usher in much-needed creativity to their workspace. They are more likely to face change, not blame others for mistakes, provide support for those that need it, and challenge the thinking styles of those that are more cognitively minded.

Emotional Intelligence in School and Youth

One of the leading questions in research devoted to emotional intelligence is can it be taught?

According to an article in the New York Times, the answer is yes. In schools around the country, teachers are beginning to teach social-emotional learning (SEL) based on the idea that “emotional skills are crucial to academic performance.” And research has shown that better performance in school is directly tied to the emotional state of students. Tired and stressed students that have a closed off relationship within their home are less likely to score well on tests or absorb information. Students that communicate effectively at home and with their teachers perform significantly better on tests, and can properly concentrate on their work.

Although SEL was first introduced as a way to combat bullying, school shootings, and suicides; the implementation of SEL goes beyond the classroom and formative years of childhood. According to the NY Times, the intent is “to instill a deep psychological intelligence that will help children regulate their emotions,” and provide them with the foundation to build a strong emotional intelligence.

A British survey released in 2011 from the National Child Development Study was able to capture just how vital EI training is in a person’s life. The study followed 17,000 British children over a 50 year period, highlighting that children with a stable emotional upbringing were considerably more likely to succeed into adulthood. With a stronger emphasis on emotions as a child, those same people were more emotionally stable later in life. The study states: “a poorer emotional state in childhood is associated with a worse profile of risk factors for cardiovascular disease in midlife, largely because of its adverse effect on behaviors such as smoking and lack of exercise, which in turn are likely to affect the risks.”

So if emotional intelligence can be taught, and is known to be influential in a child’s learning, the question remains how can it be taught?

The answer to that question is through effective communication practices from parents, teachers, and other adults in the child’s life. Teachers are encouraged to adopt social-emotional learning practices through training and programs, such as RULER:

RULER is a teaching program through Yale’s Center for Emotional Intelligence; a collaborative organization with the university and Lady Gaga’s Born This Way Foundation. The two began working together not long ago – in October of 2015 – so time will tell how well the program pans out in the future for students.

The inspiration behind the collaboration, however, is inspired by a survey of 22,000 high school students who described their current emotional state in school as “tired,” “stressed,” and “bored.” The program is aimed to create an “Emotional Revolution” with teens; advocating for them to be more open about their communication so they can effectively learn social-emotional regulation alongside their normal studies.

The key lies in perfecting empathetic responses. Empathy is vital for understanding the choices and beliefs of others, and by ‘placing ourselves in someone else’s shoes’ individuals can make themselves more prepared for intense situations, discussions, and be more emotionally open with their partners. It can also help prevent others from feeling uncomfortable when shared opinions aren’t the same. Even if you don’t see eye to eye with someone on a subject, by reading body language and regulating our emotions, we can avoid uncomfortable interactions that may lead to a fight or break up.

The Dark Side of Emotional Intelligence

However, there is also a dark side to emotional intelligence, and we must be wary not to abuse our knowledge. As The Atlantic points out in their article on the subject:

“When you’re good at controlling your own emotions, you can disguise your true feelings. When you know what others are feeling, you can tug at their heartstrings and motivate them to act against their own best interests.”

An example of this is described in the article between the emotional pull of Martin Luther King, Jr’s “I have a dream” speech, and the emotional tug of Adolf Hitler in his speeches and rise to power. Although both messages have significantly different drives fueling them, both leaders had a solid understanding of how to motivate others to their cause. By regulating their own emotions and knowing how to drive an emotional response from others, they both became influential in their own way.

Now, of course, be sure not to be the bad guy in this situation. Anyone who uses their intelligence – whether IQ, emotional or otherwise – to hurt others is obviously in the wrong. We want to make our world a better place to live in by heightening our empathy and EI, not a more miserable one.

Emotional Intelligence for a Better World

One of the key elements of heightening our EI is in reading and understanding body language. Our knowledge expands with experience, but it is vital to developing empathy. So – in an age when social interaction loses face-to-face value – more than ever we need to focus on EI and empathy. Luckily, social media is creating a new type of empathy by allowing users to be more exposed to views and ideas that are not their own. Still, it’s imperative that we hone our emotional understanding of others and situations around us.

Without a heightened empathy, we may be more prone to arguments, aggression, and even violent actions towards others. This is especially telling in our current state; with shootings, anger, racial tension, and political divide. All of it can boil down to a simple lack of understanding or lack of empathy. Focusing our education system and businesses on emotional intelligence might seem a simple solution, but the true change starts with us.

We can make the world a better place if we shift focus from rational thinking to emotional thinking. By increasing our emotional intelligence in our own lives we may make a huge impact just within our community. Through empathy, understanding, and acceptance of differences, we can make an important change in our worldview that can create a ripple effect for all those around us.

The well-known quote from Gandhi states: “Be the change you wish to see in the world.” Will you be a part of the change?

Katie McBeth is a freelance writer out of Boise, ID. She enjoys reading teen novels, eating mac ‘n cheese, and attending indie concerts in small bars. Her love for reading is only trumped by her love for cats, of which she has three. She also has a dog, and he helps keep her grounded. You can follow her animal and writing adventures on Instagram or Twitter: @ktmcbeth.