You are at:Home »Limiting Beliefs »15 Reasons to Stop Worrying about the Future

Today, more than ever, it seems there are valid reasons to worry. Some of them are the ever increasing costs in everyday life, insecurity in the workforce, security of the country, and the increasing crime rate. However, there are many situations when there’s no logical reason to worry, and it causes a significant amount of anxiety. In the following you can find 15 excellent reasons why it’s so important to stop worrying about the future.

There are two questions to address here; why are we worried and is there a way to stop? Worry is the reaction to a threat and, just like animals; we either fight it or run away. In today’s world many people don’t do either, but instead, they remain stuck between the two choices. This produces the feeling of helplessness.

Worry never robs tomorrow of its sorrow, it only saps today of its joy.
Leo F. Buscaglia

The root of worrying is usually being afraid of the unknown, causing people to agonize about events that seldom occur. A lot of people believe that worrying over something negative that might happen, actually prevents it from happening. These habitual worriers think that by fretting about something, they can control that it’s not going to happen. It’s a form of protecting themselves although it’s illogical and can be torture.

Learn How to Stop Worrying About the Future

Worrying takes up a lot of energy; it causes stress, results in neglecting important things, and takes a lot of fun out of life. In the following you can find out more about the reasons we worry, the problems worrying can cause, and how it affects one’s life, then try some of the suggestions outlined in this article to learn how to stop worrying so much about the future. 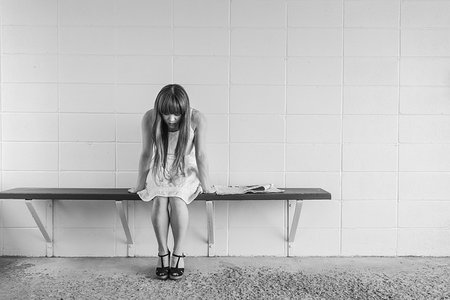 You cannot run from the future, but you can give your best to create a positive future right here and now.

1. Worriers are Wasting the Present

Worriers miss out on the greatest part of their life, which is areal shame. They let themselves become overwhelmed by things that haven’t even happened. It usually begins with the first “what if this happens” which develops into another worry. This worry again leads to the same question,and so the cycle goes and goes. Worriers are so caught up in visualizing and worrying about the future that they can’t enjoy their current lives.

Recognize that the real truth lies in the present so live in the moment. Life is short and shouldn’tbe wasted on worrying about what may or may not happen tomorrow or the next day. Always try to focus on today and let tomorrow take care of itself. If you’re feeling yourself successful today, maybe try doing whatever it is you love the most and watch the worries disappear.

There are so many things contributing to what happens that it’s never realistic thinking a person can either predict or control the future. It’s impossible to have complete control of one’s life when it’s so intermingled with the outside world. No one has the power to forecast the future or to control it.

People need to manage the uncertainty of the unknown by channeling their energy on the two things they can control: Their thoughts and their actions. Don’t even try to see what the future holds or make plans for it. By having inspiration everyday, a person is motivated to live for today and not worry about the future.

Worriers tend to exaggerate and overstress the negative things that might happen when there isn’t any evidence it will happen. One single thought will lead to another and before they know it, these negative thoughts are all strung together. Next come the fear and fretting which always leads to stress.

We can never predict what will happen, and we’re not able to control what does happen. We’re on this earth for a short period of time, so just forget about the future, live in the now, and enjoy each and everything that happens.

4. Worriers Believe Their Thinking is Constructive

They wrongly think that if they can anticipate the problems of the future, it will help somehow. Once they begin doing this, they keep going because they can’t stop doing it.

A person needs to change from generating problems to solving problems. Let go of the worrying about the future and take care of solving the problems of today.

Worriers tend to be in a cycle of dwelling on the negative things that might happen in their future. They have a problem making decisions for today that may concern their job, family, and other important things.

Living for today is the way to alleviate the worries and practicing awareness will help turn the focus away from what “might” happen. It helps a person stay aware of the present. People need to focus on their values and live in that moment to enable them to make the right choices and decisions. Get out of your comfort zone and try writing something like a journal, poetry, or maybe a blog.

The brain will perform differently in a worrier, as opposed to a person with few worries, when something stressful is happening. The people that worry in excess have a difficult time even just trying to change a negative thought into a positive one. The difficulty they endure shows in the brain as a boomerang type of effect.

People need to understand how worrying (negative thoughts) can affect the brain in an unhealthy way. Worrying can become a habit and habits can be broken, so really try to concentrate on the positive things in life.

It’s known that it’s difficult for worriers to make decisions. They take more time because they dwell on all of the impending negative results.When they do make a decision, they worry that it might not be the right one.

A non-worrier is more compliant in thinking about things and don’t get mired down in thinking negatively. They’re also more apt to try out a solution even if there’s a possibility that the result could be bad.

8. Worriers Lack a Sense of Perception

A worrier might be afraid of losing a job, and that’s where the worry begins. Then it continues to grow and grow until this person is homeless, living in the streets, and is all alone. They can’t distance themselves from the situation enough to have the right perception.

A non-worrier is able to consider the possible outcomes and then gauge whether any of them can actually happen. Using the example above, if the same person was to talk through this scenario; it would become apparent how improbable this outcome would happen.

9. Worriers Have Trouble Getting to the Cause of Their Worry

One of the problems a worrier has is that their worrying can get out of hand. It keeps spinning and spinning until the initial worry is entirely removed from the real issue at hand.

First of all, the problem has to be identified before the worrier can begin to stop the cycle. They need to realize that a problem may lead to another, but it’s not worth worrying about because that’s in the future.

10. Worriers Worry – Whenever, Wherever

Worriers seem to be able to worry anywhere, anytime, and any place. As soon as an issue arises, they feel they need to fix the problem right away. They feel the need to plan for any bad outcome that could happen. During this time, they’re not taking care of their job, family or other things that may need their attention.

Worriers need to set aside a few minutes every day to do nothing but worry. This should be done at the same time and place each day. For 15-20 minutes consider and mull over the worries. From then on, when a worry arises, a worrier needs to remember to put it off until the designated “worry time.” Chances are, by the time it comes, the worry will have been forgotten.

11. Worriers are not Confident They Can Deal with Things Coming at Them

Worriers always create ideas about things that could go askew, and they also don’t believe they can cope with anything that might go wrong. The odd thing is the same worriers perform well during a crisis. They’ve spent a lot of time considering the worst scenario which makes them able to cope.

Non-worriers can perform just as well in a crisis. However, they have the confidence that no matter what happens they can deal with it. To help build confidence, a person needs to do something they enjoy and pursue it. That’s the best suggestion to avoid feeling stuck in life.

12. Worriers Can’t See a Positive Conclusion in a Dismal Situation

If a worrier were to see a picture of a really bad car crash, with people inside, the first thought would be a dreadful scenario. They just can’t see anything good happening in this situation.

A non-worrier has the capability to think something positive can come out of this situation. Perhaps, the passengers were well protected by their seat-belts and air bags. Even though there might be injuries, everyone lives. The same holds true when it comes to your ability to stop worrying about the future. If you know deep within yourself that something positive will emerge from a negative situation, you’ll be able to drastically reduce the anxiety you feel about the future.

Worriers don’t ask the right questions when they may be attempting to tone down their tendencies to worry.They should ask if it’s important to me, is it actually a problem, and can I control it? Because they don’t know the answer, they will start worrying.

A non-worrier asks the question and knows the answer will probably be, no. So, it is then dismissed, and the need to worry is gone. It’s a simple but effective strategy to stop worrying about the future.

Worriers, the chronic ones, have a difficult time identifying and then accepting any emotion that’s involved with worrying. They find that negativity is not acceptable to them, and they can’t tolerate uncertainty.

Non-worriers have a much healthier attitude. They’re inclined to understand that whatever negative emotion they’re feeling, it’s in need of attention.

They worry so much about failing that it’s harder for them when they do fail. It also hinders them from learning from these failures and using the experience in the future.

Failing is simply a fact of life and happens to everyone. However painful the failure was, using that experience makes for a better person. It helps a person excel in the future by refraining from making the same mistakes again.

There’s nothing wrong with worrying because everyone does it. However, it does matter how much and how often a person worries. Extensive worry is a waste of energy and time and is very unhealthy. All a person needs to do is enjoy life, family, job, and every day things. So stop worrying about the future and free yourself from the pressure that anxiety places upon your shoulders. Realize that the future, whatever it is, will take care of itself. Enjoy today and make the most of it!

I hope you enjoyed this article and that it has given you a good idea of why it’s so important to stop worrying about the future.

Do you have a favorite strategy it helps you to avoid being troubled about what could happen in the future? We’re excited to hear from you and your experiences in beating anxiety.

Ben Brychta is a MBA student from San Jose, CA. He is big a movie classics fan and loves to share his opinion on different things happening in the spheres of the film industry, blogging and lifestyle. He can be contacted via gloriousessays.com/blog.