You are at:Home »Limiting Beliefs »10 Hidden Blessings in Failure

Nobody likes to fail. It simply feels painful to lose. Not to mention that failure can be devastating. It’s something that we try to avoid at any cost. And even though we give our very best to succeed, we cannot help but fail every once in a while. Failure is an integral part of life. It cannot be avoided. We may not be able to prevent it from happening, but we still have the power to make the best of it. Here are the 10 hidden blessings that can be found in failure.

If you think about it, there’s only one way to avoid failure: inaction. So if it means that we can only avoid failure by doing absolutely nothing, wouldn’t it undermine any progress in life? There’s no room for development if one hasn’t the courage to try. Consequently, the biggest failure of all would be not to try.

Defeat is not the worst of failures. Not to have tried is the true failure.
George Edward Woodberry

To achieve greatness, one needs to have the courage to try. Even more so, in order to achieve success, one has to embrace the possibility of failure. After all, the sweetest victories are those that are the most difficult to accomplish. 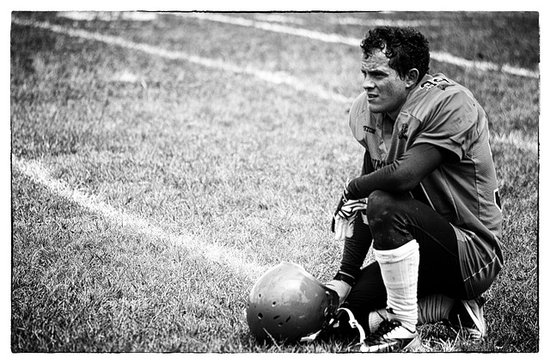 “I’m not successful despite my failures, I’m successful because of them.”

History is littered with famous failures. But what is interesting to note is that many of these failures turned out to be important steppingstones for a person’s later success. These inevitable failures have helped these unique individuals to gain important insights about their goals. Sometimes, if you don’t know how to accomplish a given goal, learning about the different ways how it’s not done can turn out to be a great start.

Failure is not only an important learning experience, it can also strengthen a person’s will. When you look at extraordinarily successful people, you’ll notice that they emerged from each failure a little stronger and wiser than before. No matter how often they got thrown down to the ground, these people would always get back up on their feet, shake the dust from their clothes and continued pursuing their goals. One could even say that each failure helped them to become even more determined about implementing their vision.

It’s like each failure spurred them to try even harder the next time.

So let’s have a look at the benefits of failure.

The 10 Hidden Blessings in Failure

Living on the bright side of life is quite easy. There are no challenges, nothing that could ever throw you out of your comfort zone. But at the same time, stagnation sneaks in. There are not many opportunities to grow as a person. Nothing to shape one’s character. It’s a comfortable life, but you don’t learn anything.

Strong characters are not formed on the bright side of life. They are shaped and strengthened through the trials and tribulations of life.

Being confronted with failure is an important test of character. It challenges your determination to succeed. And admittedly, it takes quite a lot of courage to continue the pursuit of success.

It builds strength of character to keep moving when the going gets tough. Some may crumble during these times, but those who choose to stand their ground will be greatly rewarded.

After all, you can only truly appreciate the bright side of life when you have gone through the worst.

2. Failure is the greatest teacher

Success isn’t much of a great teacher. As Bill Gates once said, it’s a lousy teacher because it makes people think they cannot lose. Consequently, if one were to believe that one cannot lose, one becomes complacent. And complacency makes people reactive instead of being proactive about their pursuit of success.

Failure is something we shouldn’t fear, because it’s an integral part of life. Try to embrace it, and see what you can learn from it. Use the lessons that your mistakes teach you to avoid similar mistakes in the future.

There are these chapters in life where we are led to believe that everything we do turns out to be a success. We are living life with our heads in the clouds. In these situations, failure can provide an important reality check. Not only will it bring your feet back to the ground, but it will also show you without mercy where you are at.

Failure clearly points out what areas of your life need to be improved. If you fail an exam, it clearly tells you that you either aren’t studying enough or haven’t set your priorities right. If you fail an important task, it may show you that you haven’t been dedicated enough.

Failure should be our teacher, not our undertaker. Failure is delay, not defeat. It is a temporary detour, not a dead end. Failure is something we can avoid only by saying nothing, doing nothing, and being nothing.
Denis Waitley

In many cases, failure shows us that something isn’t right. So instead of trying to forget about your mistake, use a failure to make improvements in your life.

4. Failure gives you the opportunity to begin again

Luckily for us, we can always get back up after we have been defeated. Failure does not imply that we can have a try again. Quite the contrary is the case. We are not living in a “one-shot only” world without second chances. There are many opportunities to try again after a failure. Even more so, a failure helps you to try again, but this time more intelligently than before.

5. Failure helps you to live your full potential

To push your boundaries, to overcome your limitations, to reach your potential and to make the impossible possible, failure cannot be feared. If you truly want to reach your personal best, you have to be willing to live through failure after failure until you reach your goals. Embrace failure as the necessary steppingstone to the highest levels of success.

By embracing the possibility of failure, you become more willing to take risks. And that’s what necessary to reach your full potential in various areas of life.

6. Failure proves that you had the courage to try

Thinking about what could have been is quite painful. One continuously asks the question “What if?” without ever finding an answer. It’s the kind of question that can haunt you for years or even decades.

But if you fail, there are no “What if?” questions. Failure is a testimonial that you had the courage to try. When compared with the pain of continuously pondering about what could have been, failure seems like a true blessing.

7. Failure makes you appreciate your successes

Just imagine everything you do turns out to be a great success. Wouldn’t it be exciting to succeed at everything you do? It would certainly be pretty interesting to turn everything into gold for a certain while. The problem with this is that one will be less able to truly appreciate one successes.

But if you have been through hell, if you have managed to overcome the greatest difficulties, the value of having finally succeeded is enormously high. The appreciation and gratitude you feel become heightened in the face of surviving a tough battle with yourself and challenging obstacles.

I hope you enjoyed this article about the hidden blessings in failure. How has failure helped you to grow as an individual?