You are at:Home »Happiness »What Does ‘Optimistic’ Mean? 8 Things Optimists Do Differently

Life has its ups and downs. It can be a fun ride, but you also have some awful stuff happening in life. There is, however, a group of people that stands solid as a rock, no matter how tough it gets. Optimists. They get back up on their feet after each failure and tell you with a smile on their face, “it wasn’t that bad, was it?” An optimistic person sees the glass as half-full rather than half-empty. And in situations in which life gives them lemons they always have sugar, water, and salt at hand to make lemonade. Being optimistic can have a profound impact not only on your view of life in general but also your physical and mental health. This is supported by scientific research which found evidence that optimistic people do enjoy a higher quality of life when compared to pessimists. The study highlighted that optimism promoted a healthier lifestyle, greater flexibility, and better problem-solving capacities.

What does it mean to be optimistic?

Let’s try to discover what being optimistic means and what optimistic people do differently.

The adjective “optimistic” describes a mental attitude with the tendency to have a favorable view on situations in life. An optimistic person is more likely to expect a positive outcome than a negative one.

Optimists are also able to see the opportunity in negative developments. Contrary to pessimists, they still hope for a positive outcome, even if the evidence points to the opposite.

The word optimistic is derived from the Latin word optimus, which can be translated as “best.” The concept of optimism describes people with the attitude of always expecting the best in any situation. Optimists tend to hope that things will turn out pretty good in the end.

What do optimists do differently?

So far, we have learned what it means to be optimistic. But what is it that allows optimists to be happier and more successful than their negative counterparts? What are the things optimists do differently?

1. Optimists know that happiness comes from within

Know that you don’t necessarily have to accomplish something to be really happy. A person that is not able to value what they have can achieve the most outstanding things in life, without being able to draw true and long-lasting happiness from it.

I wouldn’t go so far as to say that an optimistic person generally avoids negative people. True optimists rooted in life know exactly that negative things can happen and that people can have a bad time. What differentiates them from pessimists is their ability to deal with difficult situations. Optimists are those that help their friends get back on their feet when they have a tough time. 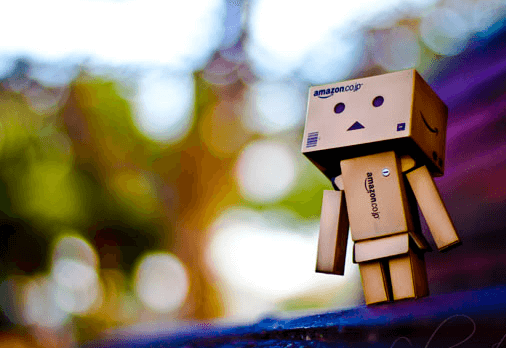 Why so serious little fella?

With this ability also comes the natural tendency to avoid negative people who are constantly in a bad mood, spreading bad vibes. As a result of this, you can find a lot of like-minded people in their social circle who share their life-supporting perspective.

3. Optimists see the opportunity in every difficulty

It never ceases to amaze me when I see the creative ways optimists use to discover an opportunity even in the most severe situation. The attitude of identifying little options of solving an issue allows optimists to see the bigger picture of a situation. When compared to pessimists, they are more capable of identifying the given possibilities.

4. Optimists do not seek the attention of others

An astonishing quality of optimists can be found in the confidence and trust they place in themselves. To them, pursuing the approval of others is a waste of time that will eventually lead to failure. They know it’s a waste of energy to try to please everyone in every situation, so why even bother?

6. Optimists don’t complain, they do something about it

Very seldom you’ll hear optimists complain. The pressure of life might drag them down just as much as anybody else, but they never complain about it for too long. Optimists have a good understanding of the fact that nothing in life is a given. They don’t take things for granted. People with a positive outlook have learned to be grateful for the things they have. But they also found out that complaining will lead them nowhere. Instead of focusing on the problem they try to find a solution to it.

7. They are grateful for what they have

A person with a positive outlook on life knows how important it is to appreciate even the little things in life. This attitude of gratefulness allows them to discover the beauty in their life and what it is that makes it worth living. Not to mention that they can draw a lot of strength out of it when they are confronted with difficulties.

8. They are able to let things go

I often have the feeling that optimistic people have understood that holding onto anger is similar to grabbing a hot coal with the intention of throwing it at somebody else. It leads them nowhere and they’re getting burned.

Optimists understand that things cannot be undone. Knowing this allows them to let go of the emotional burden that hatred places on many people’s shoulders.

They let go and forgive.

An optimistic person knows that life is neither fair nor easy. Their ability to cope with the uncertainty of life gives them the necessary calmness to respond to unpredictable situations.

I would even go so far as to say that optimists expect life to be tough and unfair. They have learned to accept that others are more privileged than them. But they also know what it is that makes their lives so worthwhile.

And you know what?

They make the best of it.

Are you an optimist as well? We’re excited to hear from you in the comment section about your tricks and strategies to succeed in life.

For further reading I recommend 6 things optimistic people do differently.