You are at:Home »Conscious Living »The Savior Myth

[Please note: this article is not intended as a religious discussion of the concept of a Savior. And it’s not a criticism of believing in the messia. Instead, it is meant to encourage you to take an active approach towards solving your problems]. Why is it that some people rather prefer to sit and do nothing in the hope that a third party like a powerful politician will intervene and solve their problem? It seems that a lot of people prefer the role of passive bystanders, instead of actually doing something against an issue they encounter. This kind of externalization appears not only in regards to problems on an individual level but especially with issues on a national/worldwide level. There is a not so small amount of people that seem to have fallen prey to the savior myth. (Not in a religious sense, but on the personal level). Instead of taking an active approach towards problems they hope that a higher force outside of themselves will come, intervene and solve any issue that they are struggling with in the blink of an eye. Hence they become passive and do not even try to make a difference—no matter how small. It is the perfect definition of being passive.

And in a way, taking the passive approach towards seemingly insurmountable problems was placed in our cradle. From birth, we hope that our teachers, parents, and family members can solve the challenges we are confronted with. If you feel overwhelmed by the surrounding evil in this world, hope for a politician to come and save “the good guys.” If there is a problem your society is facing, vote for the politician that claims to have the solution for it and keep your fingers crossed that he or she will actually solve the problem.

None of these approaches deal with taking responsibility, with claiming sovereignty and standing in your own ground, having the guts to do something against that which is wrong. All they have in common is the externalization part; the giving away of your power to a third party in the hope that this more powerful person or organisation will solve your problem because you are unable to.

So why remaining inactive? Reclaim your sovereignty and try to make a contribution towards solving a pending issue, no matter how insignificant you think it is.

Let’s face it: if we want to change our lives, if we want to change the world around us we have to start by changing ourselves. We have to change the way we think about our role in this life. Yes we can assume the role of a powerless individual, yes we can think of ourselves as helpless and small, but we are so much more than that! In us lies a huge potential. Many have forgotten about this potential, they are unaware of it as they are distracted by the information-overload-cloud that surrounds them. And thus they assume the position they were given, the role they were meant to play: the powerless, little human being. 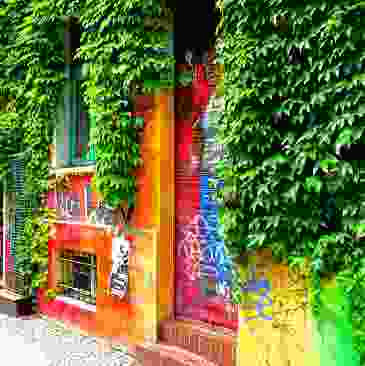 The myth of an external savior

But if you’re starting to realize that you can solve many issues on your own and that you can contribute towards the resolution of bigger issues, you do not only empower yourself, but you’re also freeing yourself from the invisible chains that have restrained you. You’ll no longer be a powerless being that is mainly dependent on external influences, but a sovereign human being that stands their ground.