You are at:Home »Happiness »You Can Make the Difference

If you think that you are insignificant and cannot make a change in this world, you are very wrong! Let me assure you that you can make a huge difference to yourself and others in this life, but one after the other. When I tried to make a difference in this world I made the mistake to miss the forest for the trees. I always thought about ways to solve the big problems of mankind, but didn’t notice the smaller opportunities to make the difference in this world. Consequently, I was very frustrated as I couldn’t come up with solutions to complicated issues and felt I was playing an insignificant role. Oddly enough, I always thought it takes a lot of resources (money) to change the world and that those who have these resources weren’t that much interested in changing anything.

Luckily, this experience put me in a position where I started to notice that one could make a profound difference in everyday life with the most simplistic tools available, no resources or funding needed.

Making the difference is possible and far easier than you thought!

Even such a noble and modest act of really listening to someone can make a huge difference to this person. When you realize that many people are no longer willing—or able—to speak less and listen more you will notice what a valuable gift it is when someone actually listens to you. In fact, it’s a big contribution if you are capable of giving your full attention to a person, as it makes them feel appreciated and welcome.

How to make a difference?

See the opportunity for what it is

Remember when I told you in the above that I was pondering about solutions to mankind’s most daunting issues? It caused me quite a headache, made me feel helpless and insignificant, but most important of all: I became passive, instead of playing an active role. Do not make the mistake to do nothing, only because you could achieve little at this moment. Life provides you daily with opportunities in which you can make a profound difference. You only have to see the opportunity for what it is.

Nobody made a greater mistake than he who did nothing because he could only do a little.

Changing the world is not a numbers game

Being frustrated about having no chance of solving mankind’s biggest problems made me oversee the valuable contributions I already made in life. I thought it was all about numbers, the more people I could help the better. When, in fact, making a valuable difference to one person alone is already a huge accomplishment and has its important share in changing the world. You shouldn’t be led to believe that the more people you help the greater the change you bring to this world. If you manage to help one person you already brought a beneficial difference to this world that starts developing a dynamic of its own. Think big, but start small!

Never worry about numbers. Help one person at a time and always start with the person nearest you.

Change the world by changing yourself

There is little you can do about changing ignorant people, the politicians that oppose your believes or the whole system you live in. We focus a lot on the things outside of ourselves that we would like to change in this world, e.g. politics, the state and status quo, our neighbors, friends and family. In focusing on the outside changes we hope to establish we neglect what we can change within us! You can change the world by changing yourself and by making the most of your life. Your greatness lies therein that you are capable to remake yourself, instead of failing to try to remake the world. By changing yourself, the way you think, act and behave towards other people you will be the change you want to see in the world. And with that the world around you starts to change. 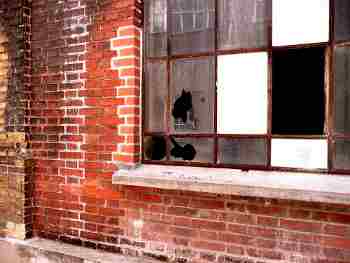 Set an example and make a difference

You must be the change you want to see in the world.

We all know the Chinese proverb “Give a man a fish and you feed him for a day. Teach a man to fish and you feed him for a lifetime.” The same holds true for making a difference in the world. Helping someone in a difficult situation is great, empowering people to pull themselves up by their own bootstraps so that they can start empowering others is even greater. One of the most fulfilling things you can do is to empower others so that they can become part of bringing change to the world. If you empower others who will in turn empower others as well you can change the world in the long run. And in general it’s wonderful to see those that you’ve supported make a difference. Through this incredible synergies two or more people can bring a greater change to the world than they would be capable if on their own.

The beauty of empowering others is that your own power is not diminished in the process.

Think big, but start small. Even dwarfs started small. If you jump-start your endeavor of making a difference in the world with too ambitious goals you run danger of becoming demoralized. But if you realize that even the smallest contribution you make day after day has a priceless value to someone out there you will succeed in changing the world. From this point on and with this mindset in mind you can work your way up and be the change you want to see in the world. Never forget: you can make an important difference in this world!

I hope this has shown you that one can make a difference in life, but it takes one more ingredient: action.