You are at:Home »Conscious Living »Let go of the ego

The exact phrase „I need to let go of my ego” produces more than 42,000 hits on Google. It shows that there are thousands of people out there realizing that their egos are standing in the way in some way or the other – a helpful realization to begin with. The ego polarizes to the extremes on both sites. It has been stylized by some as “the root of all evil” that divides us and makes us forget that we all are basically one and the same, only separated by superficial attributes. On the other hand, there are those that go so far as praising the ego as our greatest asset that brought us individualism. Certainly, both perceptions might hold some truths, but they both are in my opinion signs of an excessive ego, not of the ego in general. Besides these two points of view, religion provides another perspective. In many religious traditions, letting go of the ego is a key requirement for progress. You often hear that the ego must be cast aside so that this life can be transcended.

But can you really absolutely let go of the ego? I hate to disappoint some of you, but in all honesty, one cannot erase the ego. Why is that you may ask? Well, just have a look at what the ego really is, as defined:

The noun e•go cognates with the Greek word “Εγώ”, which means “I” and is used to describe the “I”, “self” or “identity” of a person. Ego refers to

As you can see, the ego has positive as well as negative attributes. It’s a good thing to be aware of one’s identity, but perceiving oneself as superior to others is a characteristic of an imbalanced ego. What is important is to understand is that your ego and personality are so strong interconnected with each other that one couldn’t exist without the other. However, you can always loosen the hold of the ego to a slight minimum and/or reduce negative, selfish aspects of the ego.

Really, the ego isn’t such a bad thing as it is often proclaimed to be. After all, it is responsible for your survival in this world; that you are “egoistic” enough to get some food, water and that you sleep long enough. A person without an ego would be lost and not capable of surviving.

But why are there so many people that claim to have overcome the ego mind? If a person tries to make it clear to you that they have no longer an ego, well that’s probably their ego talking right to you. They might have been successful in purifying and reducing the ego, but not in erasing it in its entirety. Think about it this way: if a person had no ego, they would not feel the need to boast – in front of everyone who is willing to listen – that they have erased their ego.

The issue is not to break free of the ego, escaping it or transcending it. Rather it is to learn how to harness the ego and transform it to use it in a way that serves us and helps us to create a life worth living. [ … ] It is about learning how to use the “I” of consciousness in wholeness as opposed to the separation it normally creates.

This is why I put so much emphasis on balancing the ego, not on erasing it. When the ego becomes imbalanced, all its hideous, negative aspects can act out. Therefore it is my intention to balance the ego, not to destroy it.

How to let go of the ego?

Or better: how to loosen the grip of the ego and reduce its influence?

1. Understanding the “job profile” of the ego


First and foremost, it is crucial to understand what the ego’s job is and what not. The ego has a very basic job to perform: securing your survival. The tasks range from acquiring food and shelter to reproduction. This part of the psyche, however, has not the responsibility to “run the show.” Yet, it is capable of doing exactly that. If one is not cautious or aware of it, the ego arises and that which was only a component of the being becomes the instrument that takes control of the whole. And as a result of a self-centered society where egocentric behavior is not only rewarded but also stimulated by various sources, you can see many people that are controlled by a helmsman called “Ego.”

In this position of power, the ego takes over and its negative attributes manifest – from selfishness and egocentric behavior to other nasty expressions. These manifestations, however, are not part of the ego’s job profile. It wasn’t the ego’s job to take control in the first place.

Now that you understand that the ego really is not in charge of running the show, the next step is to create awareness. By creating awareness I mean that you learn to observe your ego. The aim is that you can differentiate between actions that are clearly driven by your ego and those that are not. The intention behind this observation exercise is that you start to notice the situations in which your ego leaves its regular area of responsibility (i.e. as the survival mechanism) and does jobs it is not responsible for.

When you notice that your ego is active, be aware of it and observe it! This teaches you the dissociation from the self of the ego. You will soon understand to differentiate between the commands that originate from your ego’s insatiable craving for recognition and the guiding from a wiser aspect of your being.

3. Putting the ego in its right place

The ego does not need to be fought; it does not need to be eradicated and terminated. Instead, it simply needs to be put in its right place where it can function in a healthy, balanced way. From this place, it functions as the survival mechanism that it was designed to be, but it will not have the chance to take control, go on the rampage or manifest in an egocentric attitude.

The extreme manifestations of an unbalanced ego range from low self-esteem to an excessive self-centeredness. It is, however, important to understand that these more popular expressions are only the two polarities of the ego spectrum. The right place of the ego lies in the balance between those two polarities.

4. Returning to your true self

The balancing of the ego gives room for a wiser part of your being to unfold like a blossoming flower. Something that was dormant; suppressed by an overactive ego: your true, authentic self. The return to your true self allows you to act from a point of inner authenticity, instead of having to react to external influences from an ego-driven perspective. It means to stand in your own power and to be the person you truly want to be; not the man or woman that society, culture, and advertising manipulates you to be. That is the distinctive difference between being the one who you truly are and roaming around as a faint expression of what your true potential could be, i.e. an instinct driven animal that amasses as much of anything in a never-ending endeavor to fulfill the desire of an unfulfilled ego.

Acting from your true self is a state of being centered within, without the need to respond to worries and fears in the animalistic way the ego would have done. 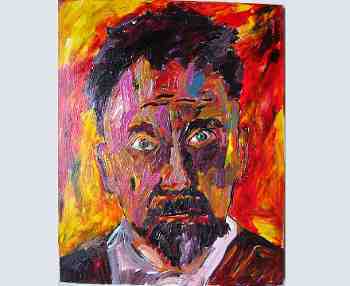 Is your life shaped by your ego or have you succeeded in not allowing it to dominate your life?

The following articles might also be of interest to you: