You are at:Home »Mind »Getting Motivated to Take a Cold Shower

Do you want to get motivated to take a cold shower? Then read on! This article will boost your motivation. And who knows, maybe it makes you turn the shower voluntarily to the coldest level with a lot of excitement for the kick you get out of it. We all have heard about the numerous benefits of taking a cold shower: Strengthened immune system, protection against colds and flu, improved blood circulation, weight loss, increased metabolism, detoxification, etc. Equipped with these facts we stood under the shower, ready to finally enjoy all the promised benefits of a cold shower. But as soon as the ice cold water touched the skin and sent waves of cold shocks through the whole body the weaker self took immediately over and turned the hot water back on. Any thought about the advantages of showering with cold water were numbed by the pleasurable feeling of hot water encasing your body with warmth until finally, all memory of the cold shower benefits was lost. It seems like a programmed reflex in the western civilization that the mind tries to avoid the cold at all costs, especially cold water.

I tried for many years to take cold showers regularly, but all I managed was to stand 5 seconds under the chilled water at the end of a douche every once in a while. That was then. In retrospect, I think that many unsubstantiated fears kept me from experiencing the benefits of an ice cold shower. I feared to get a cold, frostbite or even a heart attack from dousing/cold showering. In the present moment, I simply love to take a cold shower. Every day! And not for 5 seconds—which is ineffective—but at least for one minute and often even longer. On the coldest level possible. Even during winter.

So what changed? How did I become so motivated to actually enjoy the act of taking a cold shower, even though I despised it for years? Here are the things I’ve learned that motivated me to such a degree that I’ve never skipped a cold shower ever since.

A) Lesson number one: Cold temperatures are not the enemy

I came across the wonderful story of this man called Porfiry Ivanov. He was suffering from terminal cancer; his doctors had no hope for him anymore and expected him to die within weeks. When the pain became unbearable Ivanov decided to end his life, so he went outside in the Russian subfreezing temperatures and poured ice cold water over his head (dousing). But instead of catching a cold and dying he started to feel better after a few days of doing this. Ivanov began to increase his exposure to cold until he could wander around bare foot and topless in the cold Russian environment. His symptoms declined until all of the cancer was cured.

The story of Porfiry Ivanov taught me an important lesson: the cold is not the enemy that must be avoided at any cost. In fact, it can be very beneficial if you regularly expose yourself to the cold in a responsible manner for short periods of time.

B) Cold temperatures do not equal common colds

My mindset about wintriness, in general, started to change when I read about Porfiry Ivanov. Previously I had equaled winter and cold temperatures with colds and flu. That was logical to me because I would frequently catch a cold during winter, but not on summer. Therefore, I gave my very best to avoid the cold at all costs, which was a big mistake. While it is correct that viruses pass from one person to another a lot easier during winter temperatures, I avoided the one thing that could help me to strengthen my immune system: adapting to the cold.

But to understand the positive effects of the cold—especially cold water—one needs to take a closer look at mankind’s history. Before the discovery of fire in the Lower Paleolithic Era by early humans it was the prevalent thing to be exposed to the cold when living in a cold environment. Not only would our forefathers clean themselves with the cold water of nearby springs or rivers (or even bathe in it), but they would also experience degrees below zero at night. This started to change when the Neolithic Revolution began to transform the human lifestyle to one of agriculture and settlement, instead of hunting and gathering. People found shelter in houses, thicker closes were worn and the discovery of fire allowed reducing the exposure to cold temperatures to a slight minimum. The advantages of exposing oneself to coldness were slowly forgotten in the course of centuries. Fast forward to today, where one can stay relatively warm—even during winter—thanks to protective clothes, modern heating, transportation systems and advanced architecture.

Luckily, the habit of exposing oneself to cold temperatures survived in the traditions of various cultures. Especially the practice of cold water dousing, in which a person pours one or two buckets full of (ice) cold water over their head in a slow manner, helped in keeping the knowledge about the benefits of cold exposure alive. It can be found in Japanese, Thai and Swedish traditions, but is particularly practiced in Russia, where the focus lies on dousing with bare feet in nature. It is also practiced by the Russian material art Systema and among the ranks of the Russian special forces Spetsnaz.

The beneficial use of freezing, especially for treatment purposes, was rediscovered in the Europe of the late 18th century when doctors noticed the positive effects of dousing their patients with cold water. Cold water treatment saw its rise in popularity in Europe thanks to a man called Vincenz Priessnitz, the inventor of hydrotherapy, during the 19th century. Hydrotherapy was a very popular form of alternative medicine that involved—amongst others—the appliance of hot and cold water to treat illnesses or alleviate pain. Priessnitz was led to his discovery of the beneficial effects of cold water by a remarkable experience he had as a boy:

He watched [while resting beneath the shade of a tree close to a spring]a young roe deer, which had been shot in the thigh, drag itself to the spring and submerge its wounded limb in flowing water. Over a period of several days he observed the animal returning again and again to the spring and gradually regaining its strength. [. . .] Priessnitz’s experience at the spring left him with a strong sense of both the spiritual power and the healing properties of water.

Priessnitz’s therapy involved methods in which his patients had to take cold water baths during which cold water was poured over their heads. Even though I believe that Priessnitz might not have understood from a scientific standpoint why cold water was so beneficial to the human body, modern research is starting to get a glimpse into the involved process.

Recent studies by Dr. Jack Cruse led him to announce his Cold Thermogenesis hypothesis. Thermogenesis is essentially the process of heat production in mammals, either through shivering or by brown adipose tissue that is dissipated as heat. Cold Thermogenesis, as discovered by Dr. Cruse, is the process of heat production that is promoted through extreme exposure to cold temperatures. Dr. Cruse’s protocols on Cold Thermogenesis point out that the telomeres in one’s DNA could be altered via the gradual increase of cold exposure—through cold showers, ice baths, cold water dousing or even ice packs on the body—combined with a fat-based diet. The telomeres in your DNA are responsible for aging, which would allow the slowing down of the aging process.

The reasons why it is so healthy to expose oneself to cold temperatures are manifold. One important reason is that the sudden confrontation with, for instance, cold water while dousing or taking a cold shower tricks the body into a temporary fever-like condition (flash fever). Basically, it makes your body heat up as a result of the cold exposure. This is exactly what Dr. Cruse has discovered with his research on Cold Thermogenesis shown in the above. A sudden and temporary increase in body temperature is great, as this minute lasting fever is apparently aiding your body in fighting bacteria and viruses.

What is even more impressive is that various meditative techniques, such as the Tummo meditation practiced by Tibetan monks, are apparently sharing similar results on the body’s temperature as cold water dousing does. This means that you do not have to be a monk or learn a complex meditative practice for years to achieve the goal of heating your body up. The only difference being that the monks are able to produce enough heat for prolonged periods of time so that they can even dry wet sheets that are put over their shoulders in frigid environments, while Cold Thermogenesis heats the body up only for short periods of time. 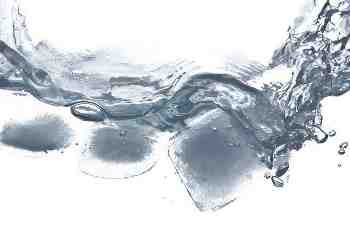 What to do to make cold showers feel comfortable?

An interesting person that uses breathing and meditation exercises to brave the cold is Wim “The Ice Man” Hof. He is capable of maintaining his body temperature at a constant level by influencing his autonomic nervous system, even when exposed to extremely cold temperatures. His abilities allowed him to stand for over 70 minutes with his body fully submerged in 1500 lbs of ice cubes and broke the Guinness World Record for the farthest swim under ice (in ice cold water of course).

G) The benefits of cold water exposure and advantages of taking a cold shower:


If that wasn’t enough motivation for you to take a cold shower, then here are the benefits of cold exposure in a brief overview:

I hope this article energized and motivated you to take a cold shower regularly. Exposure to cold water can be very beneficial to your overall well-being if it is done in a responsible manner. As with everything, you should start slow and increase your cold exposure steadily. I, for instance, start my cold shower exercise by moving the stream of cold water from my left foot up to my leg and hips, from there to my right foot up to my hips. Then I move the cold stream to my left hand and arm, then to the right hand and arm. After doing this I sprinkle my whole body with cold water for a couple of seconds to get ready for what’s coming. Then I put the shower head into a fixed position above my head, turn it on and start my cold shower for at least 60 seconds. I move my position so that the cold water reaches my chest for some time and then my back. What is important is that you do not let the water hit your head for too long, as this can result in headaches. But you will notice when you kept your head for too long under the stream of cold water, as you’ll get a brain freeze that feels just like the headache you get after eating or drinking cold substances too quick.

What are your tricks to get motivated to take a cold shower?