You are at:Home »Conscious Living »Transforming Aggression into Compassion

Sometimes it feels as if the society we live in has turned painfully aggressive; an aggressive world in which everything seems to be in competition with each other, from the animal kingdoms’ fight for survival to the different governments’ fight for domination/leadership and the resources of this planet. On an individual level, all our senses are being constantly bombarded with a flood of emotions, such as fear, hatred, pain, enviousness and much more which all have one main outcome in common: aggression. An aggression so intense that it boils the blood that pulsates through our veins, it causes inner turmoil and makes us do things we would have never done; in short, it turns us into animalistic zombies.

The noun ag∙gres∙sion refers to

which can be understood in general as an action that has the intended outcome of harming another person, be it through verbal attacks, from threats to insults or physical attacks.

Aggression can easily become part of one’s everyday life, especially in these modern times, where aggression is promoted as “necessary for survival” in a society that is increasingly defined by competitiveness and hecticness. The “aggression-overload” begins in the morning when rushing to work; it is continued throughout the day, when encountering angry and aggressive customers, bosses and colleagues, only to reach its peak when turning on the TV in the evening. 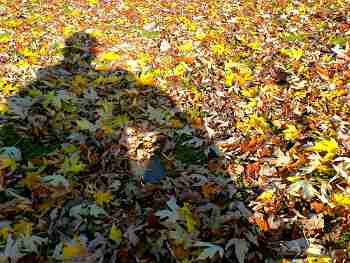 Wouldn’t it be great if you could dial the aggression down a notch, take a step aside from all the blame and the abuse, turn it all off as easy as a TV, allowing you to finally find your inner peace? And wouldn’t it be even better if you could transform all the energy that aggression creates into compassion, wisdom and a deeper understanding of yourself, others and life in general?

Turning Aggression into Compassion and Understanding

#1 Take a step back – avoid to react instantly

Aggression is a human instinct and – as it is with all instinctual behaviors – makes us cease thinking, which allows the fixed action pattern to take over and control the situation, leading us to do things we regret later. And in some cases this behavior is exactly what is necessary to save your life; reacting compassionately towards a physical assault can be dangerous to say the very least. But in most everyday situations the aggressive instinctual behavior is simply incongruous as it does not fulfill its original purpose: saving your life. You’re not in danger if someone throws an insult at you just as much as you’re not at risk while being stuck in a traffic jam. Yet, we can see people freak out and get aggressive for the most trivial reasons one could possibly imagine, such as the ones already mentioned.

What’s the best way to avoid such an instant (aggressive) reaction and react with wisdom and understanding instead? How to turn the built-up aggression into compassion? First of all, one of the most crucial aspects to avoid an aggressive instinctual behavior is to take a step aside from what is happening, both mentally and physically, depending on the situation. This point cannot be stressed enough as we have become so accustomed to reacting instantly to everything that appears as a threat to us, even if it’s trivial. We forget to think before we act. Stepping mentally aside, just for a minute or so, will either make you realize how insignificant the situation just was, how stupid it would look to react aggressive or even better: it will help you to see the situation in a more objective and rational way. You might even understand where the other person is coming from and why that person did what he/she did. It gives you a clear impression why you’re feeling aggressive or angry and gives you the chance to act as a human being and not as an instinct-driven animal.

Have you ever seen a fight break out? Maybe you haven’t witnessed a physical fight loom, but I’m sure that most of us have seen an argument develop into a pretty aggressive altercation. In most cases, there’s the aggressor who behaves very aggressive from the outset, as he is offended in one way or the other – maybe for a good reason, but in most cases not. And there’s the one who wasn’t upset or offended at all, but instantly begins to react to the behavior of the aggressor. Basically, he mirrors his counterpart and, before you know it, the both of them scream at each other in an altercation full of aggressiveness.

Don’t be that person that mirrors its counterpart’s aggressiveness! Try to remain in your own integrity. If you allow someone to drag you down onto his level of aggressiveness, you’ve already lost a fight that could never be won, as you’re fighting on a terrain where the other person is an expert.

On the other hand, you will notice that – not always but in many cases – an aggressive opponent will calm down faster when you remain serene and rational. Just imagine screaming at someone who remains absolutely relaxed, someone who miraculously bounces off all the aggression you throw at him and argues your rant down with ease and logic. Even thinking about being the aggressor in such a situation feels embarrassing right?

The ability to have empathy for others, i.e. to see where another person is coming from by “walking in their shoes”, is, in my opinion, a crucial skill in order to transform aggression into compassion. By seeing things from the other person’s perspective you begin to get a glimpse at some of the underlying motives for this person’s behavior. But even more important, you might even acknowledge to yourself that you would have reacted similarly, if you were in the same situation.

By understanding – or at least scrutinizing – a person’s motives, you will begin to take the things that would normally have filled you with anger not so serious anymore. It is irrelevant whether you like this person’s motives or not. What matters is that you can at least see the reasons that led a person to do what it did.

In this regard, it’s a lot easier and energy-saving for you to simply ignore someone who might have angered you for a trivial reason. By ceasing to react to such a perceived threat with aggression you have the chance to explore the motives of this person instead, which will further aid you in completely ignoring the matter.

Once you get used to the concept of not responding instantly with aggression to what appears to be some sort of a trivial threat to you, it will help you with #1 taking a step back and #3 replacing the aggression with compassion. Start on a shoestring with replacing aggressiveness with understanding and compassion, in everyday situations, whenever you are confronted with things that make you aggressive.

Holding on to anger is like grasping a hot coal with the intent of throwing it at someone else. You are the one who gets burned.
Buddha
(more quotes on transforming aggression into compassion)

At one point you will automatically look at things from the other person’s perspective, before even responding in an emotional way, which allows you to find wiser solutions to the problem than reacting with aggression. Doing so will also help you to realize that most things that may have offended you are none of your business and not worth your attention at all.

#4 Take responsibility for your anger

We are led to believe that anger is caused by external influences, which is only partly correct and does not correspond with the whole truth. On the surface of it, we become angry when someone betrays us; we get aggressive if we are manipulated or lied at. In short, things that we perceive to lie outside of us are considered as the source of aggression. By placing the source of anger anywhere outside yourself, however, means to give your power away. The very power to influence and control said emotions. It also means to externalize and thereby label something as unswayable that you would normally be capable of controlling.

Realizing that you are responsible for your emotions, instead of passing the blame onto others, is a basic foundation for the transformation of aggression into compassion and understanding. On the other hand, playing the blame game is not helpful when it comes to dealing with one’s aggression, as it makes you become a victim without any kind of influence on its situation.

But what is anger really, if it is not so much influenced by external influences, as I claim. Anger is a choice. The choice between allowing a situation – which you cannot change – to influence you in such a strong emotional way that it literally kicks you out of your soundness; or the choice of not allowing it to harm you in any kind of way. It’s the choice between making a distinct statement of your helplessness and confessing how powerless you perceive yourself to be, or to be standing – figuratively – above such things.

Meditation could be considered as the #1 strategy to not only control aggression but also to turn it into a deeper understanding, full of compassion and empathy. Sitting around, without doing anything, except breathing may sound abnormal to many, but the benefits of scheduling 10 to 15 minutes a day for meditation practices cannot be emphasized enough. Simply by focusing on your breathing, your mind will begin to become quieter, allowing you to declutter and let go of every thought that upsets you. Once you find yourself in a deep state of relaxation, you will notice how much easier it is to let go of the past and worries about the future. You’ll become aware of aggression sometime before it even arises within you and – by practicing meditation – you’ll know how to calm yourself effectively down.

#6 Notice the triviality in most aggression-triggering situations

Categorizing the importance of a situation is easy, yet effective method of realizing the triviality of most circumstances that made you aggressive. Doing so will help you to bring yourself back to reality, by bringing face-to-face how insignificant and unnecessary the aggression you built-up really is.

After that, you can work on increasing what I would call the “triviality-radius”, so that more and more aggression-triggering things become less and less important to you, leading you to understand how trivial it would be to respond with anger.

#7 Ask yourself what you are afraid of

If you come to the conclusion that there is nothing to fear in a given situation, then there’s no reason for aggression. Simple as that! Realize – and if possible try to eliminate through confrontation – the things that you are afraid of, causing you to built-up aggression.

Aggression only moves in one direction – it creates more aggression.
Margaret Wheatley

He who knows to be aggressive, and yet remains patient, becomes a receptacle for all of Nature’s lessons.
Lao Tzu

Everyone gets frustrated and aggressive, and I’d sooner take my aggression out on a guitar than on a person.
Paul Weller

To control aggression without inflicting injury is the Art of Peace.
Morihei Ueshiba

Mankind must evolve for all human conflict a method which rejects revenge, aggression, and retaliation. The foundation of such a method is love.
Martin Luther King

What is your strategy to transform aggression into compassion?