You are at:Home »Success »Death can be good for you…

… as long as you’re not very good at it.

The following is a contribution by Ingo called “Death can be good for you, as long as you’re not very good at it.” It revolves around near-death experiences and the loss of beloved ones and teases out links between those two and positive motivation. Enjoy!

As part of a submission to planetofsuccess.com I decided to write about some personal experiences and observations.

I do think I’ve been around the grim reaper a little more than is statistically normal, having had elderly grandparents in Austria, childhood summers in the mountains were inevitably tinged with the steady loss of their contemporaries. The distinct element of morbidity within the culture also meant that cemetaries and churches, somehow all with terrifying depictions of purgatory and hell, were deemed to be “places of interest” for a child.

My own personal mythology was fostered on a recurring account of having nearly choked on a boiled sweet as a baby, as well as that of my mother’s prolonged deliberation on whether to abort me or not.

The rap seemed to be that I was lucky to have made it this far.

Scrub forward through the more conventional childhood traumas of interring deceased pets and saving a friend from drowning, we have another blip as the same later found a murdered girl’s body in the woods, the killer turning out to be yet another schoolfriend.

Things then “liven up” with a spell in the middle east. I’ve been shot at in open ground, had a knife pushed to my throat whilst, thankfully, too drunk to initiate anything resembling fight or flight behavior, I got stuck at disdain. I also had a bed booby trapped with broken vodka bottles and earned my favorite “desert grim reaper” story in this era. Trying to pick landmines on the Jordanian border – whilst having acid flashbacks.

(The last made an unguarded appearance during a group discussion during a training course on “treating risk within the PRINCE2 project management framework” a few months ago – having been asked to state our estimated riskiest incident I told the story. The girl sitting next to me said “bunking off school”).

There then followed a period of conventional losses and near misses – this time failing to save someone from drowning she died in my arms, at the precise moment that I was looking into her eyes. 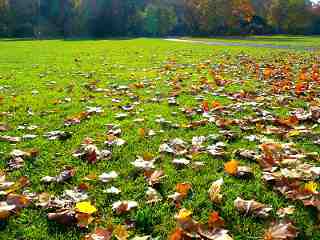 The wisdom that pondering about death can bring us

I’ve since lost a girlfriend, parents and had close ones whilst cycling, was resuscitated from a prescribed medication induced mini coma and have had half a dozen whilst off piste snowboarding on glaciers, I’ve grown to love yellow rescue helicopters – “like” is too weak an emotion.

Is there a point to this?

My intention was to tease out links, between loss, death, near death and positive motivation, actually having reflected on Steve Mueller’s writing about “the golden thread” (namely of circumstance and our frequently much belated perspective, wisdom and gratitude), but as an ex psychologist I find I don’t need to.