You are at:Home »Comfort Zone »The Power of a Positive Attitude

Your attitude has got a huge influence on how you look at your life and will influence whether you consider yourself as someone who can master all the challenges that cross your path, or if you are someone who is scared about the challenges in life. Furthermore, your attitude can make the little, but significant difference between failure and victory. In general I would say, that your attitude does not only influence the way you think and how you perceive things, but also how you feel yourself and how you deal with problems, challenges, setbacks and strokes of fate, simply put: it decides on the way you estimate your life.

Let’s have a little game! I’m going to describe a person and it’s really important that you imagine this person for a few seconds. Be spontaneous! Be creative! Think about what kind of attitude this person could have, what kind of a life it is living, etc. Are you ready? Well then let’s begin!

A good friend of yours is telling you about an exceedingly successful man that has founded several years ago his own company. [Try to imagine the founder of this company! How does he live? How is his social behavior? Does he tread his employees very well?]

Excellent! I hope you have imagined this person, his business and perhaps some of the employees. In this few seconds of imagination you surely have also created some impressions about this person! The kind of impressions you shall find out by answering the following questions:

Excellent! You will probably have answered all of my questions with a clear and absolute “NO!” And this was exactly my intention by letting you imagine this scenario. When it comes to thinking about successful persons we don’t even consider thinking about people that lack in motivation, have negative attitudes and complain about trivialities. Instead we imagine powerful and highly motivated individuals that enjoy their own life, are happy and don’t even bother to be pessimistic. Our simple example above shows us exactly what kind of attitude we are assigning subconsciously with a successful person: a very positive attitude in general! As opposed to this we would never assign a negative, timid and demotivated attitude with a prosperous person. Never!

Speaking of attitudes we can simplify all the different varieties from every individual into three commonly known sorts:

Let’s start with number one: Pessimism. It is the worst attitude by far. Unfortunately pessimism is also a huge obstacle when trying to be successful.

A very good example for pessimism is the common phenomenon containing the question about the liquid level of the glass of water. Pessimists would claim the glass to be half empty. In general, pessimistic individuals expect for both their lives as well as their future the most negative outcome. Pessimism is a negative perception of life. In a pessimist’s imagination everything comes to a negative ending, whether it is an upcoming examination or the fate of the world.

Pessimism is a vicious circle, because these individuals reaffirm their point of view day after day by finding even more evidences and new negative aspects why exactly their lives are so wicked. This could be financial problems as well as personal issues that have occurred. And every new trouble that occurs is evidence for the validity of being dissatisfied with their current situation.

Having this pointed out I really want to clarify that negative-minded persons are of course feeling happiness and joy like everyone else. But these moments are short-dated and get predominated by negative thoughts that are firmly rooted within their mindsets and reach up into the depths of mind.

One of the main reasons for being pessimistic is the fear of disappointment. For a negative minded person it’s so much easier to believe in the occurrence of a negative event than to get rather painfully disappointed if hopes prove to be false.

As mentioned above, pessimism can be a dangerous circle, since it prevents the persons involved from developing themselves towards more positive beings. The individual will begin from a certain point in its life to no longer trust in its own abilities and doesn’t even dare in finding solutions for difficult tasks and problems and therefore doesn’t even try to cope those. Pessimists rather prefer everything to remain unaffected, rather than taking new challenges – because of their negative attitude.

The group of persons that claim of themselves to either not be negative or overly positive in thinking is called Realists. They contemplate things just the way they allegedly see them. There is no false neither euphemistic nor worsening added in their adjudication. Realists analyze things sober and form their opinion from this analysis on. Whenever things don’t develop the way they should it’s a fact for the realist, which can’t be changed and won’t be unnecessarily euphemized by them.

However, realists are prone to a hidden and often unnoticed pessimism that they don’t even are aware of. Under the guise of an objective analysis negative thoughts or expectations anchor in the mindset of these individuals. In contrast to a pessimistic person, who is aware of the fact of being a negative thinker the Realists are in a distinct disadvantage. Realists are not even aware of developing negative mindsets about their life as they contemplate things impartial in their opinion.

After having discussed Pessimists and Realists we can concentrate on Optimists in the following.

An Optimist awakes in the morning with a smile. This day is going to be a very special day for him, like all the other 364 days of this year, as they are living each day of their lives to the fullest. Optimistic persons expect for themselves and their future the best possible. Optimists are really happy people because they have realized that their life is infinitely precious. Negative thoughts are no part of their behavior and mindset, because they detest the effect of them on their thinking. But even an Optimist can stumble once or twice. If such a situation occurs the optimistic person takes this chance to learn from his mistakes and tries to avoid similar failures in future. Not to mention that they will try to make the best out of their mistakes and don’t waste time on complaining or whining about those.

Now, take yourself some time and try to incorporate yourself (and your mindset) into one of the three mentioned attitudes.

I have also prepared a couple of questions for you:

I have now presented you three totally different models of mindsets. Now it’s up to you to either question the ways of thinking you might have, should you come to the conclusion you have been a very pessimistic person in the past. If you were a Realist just give yourself a little jolt and start thinking a little bit more positive! Things are not always exactly the way you judge them to be. 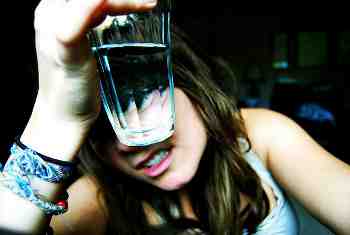 Is the glass half-empty or half-full? The choice is yours!

Finally we can say:

After describing all the three various types of mindsets we should have a more precise look onto the most useful way of thinking of the ones mentioned: optimism. Considering a similarity of thousands of different successful people it comes into mind that they have one thing in common:

The power of a positive basic attitude

No matter what kind of tasks or aims an optimist is focusing on, his mindset is always a positive one. Surely, one might even ask: “Why not?”, but the true power of a positive attitude remains undiscovered. Optimists have learned through their whole life experience that there are hardly any barriers that they can’t vanquish. They are well aware of the fact that they can achieve every goal, if they are willing to take every effort necessary. Words such as “impossible” or “problematic” do not even exist in the vocabulary of these amazing people. Optimists always risk one step further where negative minded persons would have long before stopped their endeavors and have reversed. This behavior enabled them to gain valuable experiences; positive as well as negative ones. Only the inner willingness to demand more from themselves, having more confidence in oneself and requiring more for themselves empowers Optimists to achieve their goals more often and even quicker than others. It also has to be pointed out that an optimistic person is aware to the fact that this inner willingness to go further than others could result in the failure of a particular task. Such a collapse wouldn’t be a step backwards! For Optimists such a defeat is even a not very inconsiderable part of their future succeeding in similar tasks, because in learning from mistakes they are able to collect necessary experiences that let them evolve. Therefore a thorough and most important: objective analysis is needed to find the reasons for the failure.

How has the power of positive thinking shaped your life?