You are at:Home »Conscious Living »The Importance of Reflecting one’s Actions

Today, I was recommended an interesting article and after having it read half through some worthwhile ideas started to evolve, which finally led me to start writing this article with the basic message of why it is so important to scrutinize yourself and to reflect your actions continuously. The article I read was about the luxurious lifestyle of Bernie Ecclestone’s daughters along with the question if these two are the most spoilt girls in the U.K. For those of you who don’t know who Bernie Ecclestone is – he is the man behind the Formula One racing, widely considered as the primary authority in the F1, president, and CEO of the Formula One Administration – in short, he is a self-made billionaire. The article I read was about celebrity gossip, a topic that I’m not really interested in (after all, I’m a man!), but nevertheless, I gave the article a shot, after a friend of mine had sent me the link via Facebook, along with the lines, “Man, just have a look at these spoilt kiddies…”. It’s the story about to girls who have spent alone in the last two months over £ 100 million (= $159 million [!]) on property, one of them was even presented an own house at her 18th birthday (but never moved in) – in times of the highest unemployment rate in the United Kingdom (I’m not from the UK, but that’s what I read).

Now, please don’t get me wrong. I’m not the one who is going to condemn these girls for doing what they do, as they are clearly not hurting anybody by dissipating in luxury; (they’re not helping others either, but let’s skip this part). I also think that by spending these huge sums they’ll help the British economy a little bit (taxes) and might even create new jobs. So the point of this article is not to criticize them, nevertheless, the article showed me how important it is to reflect one’s actions and thoughts on a continuous level if you do not want to have your heads in the clouds one day.

The Importance of Reflecting on Yourself

Scrutinizing one’s actions and reflecting is what I believe an important aspect of life, as it comes with the knowledge that every one of us is living in his very own world, a subjective reality, that is filtered by our (often biased) awareness filters within our minds. Reflecting allows us to recognize these biased mindsets, discover the truth and allows us to spot misbehavior or mistakes we committed.

What does it mean “to reflect” oneself?

The word reflection origins from the Late Latin word “reflexionem”, a combination of “re” and “flex”, which means in turn “to bend” or “to fold” something, most often used in reference to surfaces. To make things simple we can say reflecting means to “”refold” something, may it be just a piece of paper or your whole perspective that you bend, when you start looking at things from another point of view. Metaphorically speaking you could say that by folding a piece of paper you basically bend one surface so that the part that resembles all your actions lies face to face with the other part that stands figuratively for the questioning, reflecting, scrutinizing and analyzing of your actions. By reflecting you switch from your regular role as the one who executes actions to the person who views, questions, judges or even criticizes these actions. Reflecting is the necessary counterpart to all your actions – the Yin of the Yang if you so want – as acting without scrutinizing is dangerous and might have tremendously negative consequences. By reflecting, you will be able to make instant adjustments to your course; whenever you notice that the current path won’t lead you to where you want to be. In the contrary, a person that doesn’t reflect its actions in an honest way and scrutinizes its decisions might risk getting stuck in a misleading path one day where there is no escape.

Why is it so important to scrutinize one’s actions?

As I’ve already mentioned before, everyone of us is living in his very own (subjective) reality with his own beliefs and attitudes that have formed over the years. Having this in mind we must understand that everything we experience with our sensory organs (seeing, hearing, feeling, etc.) is so complex that it needs to be filtered and selected, accordingly to its importance and meaning. The filters that our brain applies are (unfortunately) biased and highly influenced by our feelings, mindsets, past experiences and attitudes. Which leads us to the point where we can clearly see that the way we conceive reality could vary – depending on our experiences and attitudes – from the true reality.

For the most people the gap between the way they conceive reality and the truth is relatively small, unfortunately not for everybody, which isn’t just known since emperors and kings have built themselves huge palaces and memorials, lived abundantly and excessively, while two roads further people were living in poverty without anything to eat at all.

The dimensions of this idea reach far beyond the personal life sector, as it cannot only be found in individuals but also in families, social circles, whole societies and in businesses or even industries. Every society and business sector have their very own widely accepted beliefs, rituals and behavior patterns – commonly accepted facts on how things need to be done and how certain aspects of life need to be approached. All of these rituals and beliefs support the – thoughtless – acting, but none of them encourages the scrutinizing of it.

How to Scrutinize and Reflect?

When thinking about the way on how to reflect, most people think that this process involves a dimly lit room, where one locks himself for hours and meditates about the current events in one’s life. Well, that is certainly a way to reflect, but the process of scrutinizing doesn’t necessarily have to be connected with meditating, as reflecting already begins in our daily life.

With every conversation there comes the chance to emphasize with one’s dialogue partner – to change one’s perspective – and to listen to the points he makes. Many people have forgotten that a helpful and supportive conversation does not only consist of speaking and bringing up one’s most important points but also out of listening, which would increase the reflective aspect of a conversation drastically. Unfortunately, everyone tries to bring up his own points, rather than listening to the counterpart for a while, which reduces the reflecting during such a conversation to a slight minimum. 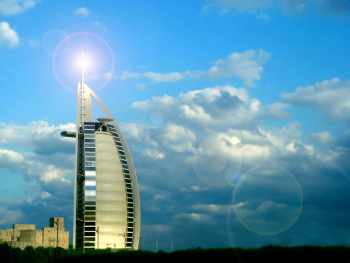 Critic is most often being transmitted in personal conversations and with it comes the choice to ignore the criticism and to continue doing what you always did (which I recommend by unjustified or insulting critic) or to listen to the points the dialog partner brings up, to reflect on them and to adapt changes, if necessary. Nevertheless, most people will mark most of the criticism they are confronted with as unjustified and continue doing what they do, as it takes a lot of self-confidence to recognize and accept one’s mistakes.

Taking some time for yourself

Besides listening, taking some private time for yourself can also be a helpful way to reflect. For some, it can be effective to make a quick trip with the bicycle after a long working day and to think about the events of one’s day. Others meditate, listen to music or go for a walk. Whatever it is – if it helps you to think about the day from another – more calm and emotionless – perspective it will also help you to reflect and see things differently or interpret them in another way.

Be critical for a moment

The barriers for a successful self-reflection lie within ourselves, as it is almost inevitable to avoid a forging of our opinion by our past experiences and the society we live in. Here is a way on how to overcome these (implemented) barriers:

How important do you think is it to reflect your own actions?