You are at:Home »Conscious Living »The Formula for Ultimate Success?

Is it possible that there is a formula that shows you exactly how to be successful in life? Could it be that you only would have to multiply a few factors in order to succeed? Would it be enough to just mix some aspects with each other, such as work, dedication, and knowledge in order to reach all the goals you have dreamt of? On the other hand, can such a complex and multilayered topic such as “being successful in life” be simplified and summarized to a list with just a view sub-items in order to create a formula for success?

Well,… unfortunately, a formula for ultimate success wasn’t invented, yet and the great geniuses of the past centuries chose to rather spend their time with more complex topics such as quantum physics and the like, than with the individual’s success. In my opinion, there is no ultimate formula for being successful in life, as the sole complexity of such a formula would be mind-blowing. Hence, there is no such thing as a prescribed way to becoming successful, as every person defines “being successful” differently than another one and the ways to reach the ambitioned success are multifold and merely infinite.

However, I would like to present to you some of the main aspects that should be included in such an ultimate formula for success, namely: “hard work,” “valuable experiences,” “enormous diligence,” “irrepressible desire,” “endurance,” “willpower,” “knowledge” and “boundless courage.” In short: work + diligence + experience + knowledge + endurance + courage + willpower + experience from failure = success²

The above-named formula raises no claim for completeness whatsoever, as this would simply be not possible. Certain aspects of the established wording could be substituted, changed or excluded entirely, whereas other people might include some other aspects into their individualized formula, depending on how they define success for their own personal life and their reality they are living in.

A top athlete, for instance, would insert “hard work”, “regular training,” “willpower” and “endurance” into his personal success formula, whereas the high achiever in a company would have completely different opinions about the contents of the formula. Another person might have worked his way up from rags to riches, because of his diligence and the willingness to work harder than everyone else around him. Still, others were simply rewarded for their boundless courage to strive against the stream, as they did something that none of their competitors would have had the courage to do.

Success can´t be forced to come by fulfilling a precise formula. Every person can be successful in its very own way, by combining and adding skills that only they possess – skills that make these individuals unique. In the following, I will explain you the main aspects in detail that are part of the success formula named above.

Almost daily we come across successful people in our society. Some of them are indigenous and enjoy their beautiful life with their wonderful family in their own idyll. Others might be successful entrepreneurs or multi-millionaires, which drive next to us in their fancy sports cars. Whenever we meet some of these people, most of us make one crucial mistake: we are envious and get blinded by the present situation – without considering the efforts of this successful person in the past. Let me explain myself: most people only see the luxurious lifestyle the owner of that Ferrari, that drives besides them, is living and therefore assume that he is living this kind of lifestyle since birth – in short, we tend to forget that it took this person years of commitment and hard work to earn a fortune that allowed him to spend that much money, afterwards.

But once we have a closer look at the résumé of a lot of self-made millionaires we can clearly see the tendency that nearly all of their professional life success is based on several years up to decades full of hard work and commitment. These could have been years full with personal austerities like the willingness to work 10-hours or more a day and the abandonment of debauched weekends.

Many of us place too much importance on the present, without having in mind all the efforts that might have been necessary for a given person to afford their present lifestyle. Basically, we tend to forget one of the most important components of the “ultimate success formula:” hard work.

The lesson is clear: success does not evolve out of thin air and no one ever became successful while being asleep or when being lazy. The majority of people have to invest time and work hard for being successful. Often harder and even longer than others would be willing to.

The reason I’ve chosen to include the term courage into my success formula was because I find it extremely important, so it is absolutely worth mentioning it. A successful person has the courage to strive against the stream and do whatever it takes, whenever necessary. Just think about the entrepreneur that is willing to invest in a completely different market than all his competitors and got rewarded with high profits after a sudden change in his industry. The courage to go one step further than others would dare to do often pays out in the end.

The desire for gold and other kinds of wealth made Christopher Columbus explore unknown countries, sailing across the vast distances between Europe and America. The desire to explore the moon made people built massive rockets that catapulted them and their ships into space. In short: desire has lead humanity to expand many limitations and beak new records that no one would have imagined to be expandable/breakable, centuries ago. 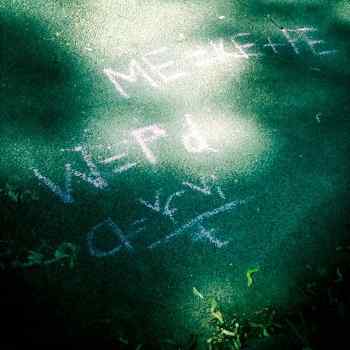 Is there a mathematical formula for success?

This irrepressible desire and the will to achieve something great is a very motivational aspect for every one of us to get up once more after every failure we have to endure and helps us to fight for our goals until we reach them. Don’t let a failure slack the burning desire within yourself and don’t let it convince you to give up. Instead, step up from the ground, cast off the dirt, take yourself some time to learn from your mistake and accomplish your goal in the later on. Prove your strength of will and fight for your goals!

Eagerness enables us to cross the valley of lacking motivation and brings us back to the heights of success. It is the diligence that lets people forego some of their hobbies such as watching television or surfing on the internet in order to learn a new language or to take another effort to develop themselves in a particular area.

“If I find 10,000 ways something won’t work, I haven’t failed. I am not discouraged, because every wrong attempt discarded is another step forward.”
~ Thomas A. Edison

Only the ones willing to learn from mistakes can become truly successful in life. Since everyone makes mistakes from time to time, it should be seen as a natural process to make the best of them. The more important it is to draw necessary conclusions from mistakes so they won’t recur. Failure should not be considered as an evil, but instead as an (inevitable) opportunity not to make similar mistakes again and again in the future.

The most valuable possession you have is your brain. The potential of this organ is, in fact, crucial to your success. If you really intend to be very successful it is advisable that you consistently and permanently work on yourself and your abilities. Exercise your mental capacity and don’t shy investments in your advancement. Be willing to acquire new knowledge day after day. And: don’t ignore the behavior and mindsets of people in your environment that are currently more successful than you. It is always helpful to be open-minded to apply some new tactics or different approaches!

The last aspect of the success formula is the term “willpower” and it also includes endurance. Willpower is – in my opinion – the linchpin of the entire formula. A person’s ability to reach a goal stands and falls with his willpower – which influences a person to do whatever necessary, to be persistent and succeed – or not. The willpower is a “natural defense mechanism” of high achievers against temptations and distractions of all kinds

If you’ve never failed in life you only got to know one side of the story. But those who have gotten up after each failure, those who brushed off the dirt of their cloth after they had fallen are the true winners in life. Personally, I’ve accepted failure as an inevitable part of my life. If everything I did had turned out as a success, I would hardly be the person I am today. I would not have had to concern myself so intense with my personality, to discover my biggest fears but also the courage to face them. Each and every failure taught me a lesson, surely in its own painful way, but none of these experiences can be found written in a book. (Discover more: Why there is no need to worry about failure).

What is your formula for success?