You are at:Home »Conscious Living »The Courage to Be Different

A characteristic that many brilliant thinkers and extraordinarily successful people have in common is their courage to think different and to view things from another perspective than the vast majority of people. Their willingness to forge an own opinion and to express their own opinions and thoughts caused these people a lot of trouble in their lives and didn’t increase their overall popularity (think about Galileo Galilei’s prosecution by the church, after supporting the view that the sun is the centre of the universe), nevertheless, it also enabled these people to come up with solutions for problems no one else could find, invent seemingly impossible things (e.g. the Wright Brothers and their invention of the first successful airplane), provide unique services and products no one else offered at that time (e.g. Apple® with their iPod) and their willingness to invest in markets that others didn’t even knew exist.

What made these people so successful in life was the fact that they didn’t blindly follow the masses and didn’t do what everyone else was doing, just because everyone else was doing it. Their courage to be different allowed them to forge an own opinion, think outside the box and to make their own decisions, without negative interferences by “experts” and recent trends everyone else was following. Many outstanding thinkers had the courage to be different and did not shy away from expressing their opinion, even if it was controversial, if they came to the solution that what they said was right.

Follow the crowd and you will never be followed by a crowd. ~ Unknown

Galileo Galilei is an excellent example of a person that had the courage to be different as he often had a different opinion that the masses. Galileo questioned the state of knowledge of that time and scrutinized the “facts” that were commonly accepted, such as the misbelief that the sun evolved around the earth. Whereas Galilei is just an example of a person with the characteristics to question and scrutinize things, there are even whole markets where it is beneficial for its participants not to follow the masses. The stock market is such a market and is in the abstract (!) an excellent example where people can lose a lot of money by following trends and the masses, nevertheless it is also the market where investors and traders have made billions of profit by forging an own opinion and investing against the current market trends. A (very sad) real life example of how dangerous it can be to blindly follow trends and to rely on influential “experts” has shown the real estate boom and the bust of the housing bubble in the USA (2006), when thousands of people lost their homes, by trusting and relying in “experts” who predicted that the bubble wouldn’t bust, such as David Lereah (“Why the Real Estate Boom will not bust”, published in 2006; David Lereah Watch). The real estate hype was viewed critically by only a view, but those that forged their own opinion, took objections serious and had the courage to swim against the tides have at least not lost their homes. Amongst the people who conceived an own opinion and mistrusted the experts where traders, hedge fund managers and investors that had the courage to deal as opposed to the prevailing opinion in the housing market. As a side note: it is important to note that their behavior didn’t bust the real estate bubble and their speculations weren’t the cause for the bust, but everyone of them exploited the bust of the housing bubble, which made them and their companies profits in billions. 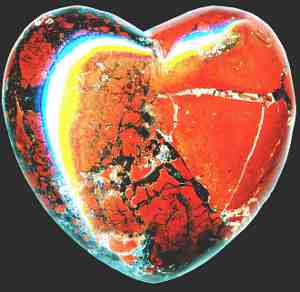 Be courageous – be unique and different

It’s not my intention to praise risky investments in the stock market, however I chose the above shown example to show you how important it is to question and scrutinize things, even if experts might calm you down and assure that everything is fine.

The Courage to Be Different

Sometimes you have to leave the well-worn path

Sometimes in life we have to make a decision; the decision to follow where our heart leads us to or to continue walking on a frightening path that leads us to a destination we don’t want to be; a path that lets us become someone we don’t want to be. I’ve been on misleading paths as well, and the decision to leave these paths can be very painful and strength-sapping, but it also gives you the freedom to start doing what you love to do, following the things you are interested in and to discover what you always wanted to discover in life. There is nothing wrong about following your heart rather than forcing yourself to walk a predetermined path that isn’t truly yours, where your heart is not involved. Sometimes you just have to have the courage to become a firefighter, if that is what your real ambition is, even if your whole family consists out of police officer for generations. You weren’t born to become what others want you to be. You’re born to life the life you want to life and become who you want to become.

Do not go where the path may lead, go instead where there is no path and leave a trail. ~ Ralph Waldo Emerson

Be different and make a difference

The church says the earth is flat, but I know that it is round, for I have seen the shadow on the moon, and I have more faith in a shadow than in the church. ~ Ferdinand Magellan

You always have the choice to be unique or to be just a part of a mass. Make an inception. Think in ways no one else dares to think and consider to approach problems from another perspective and in ways not even you thought about before.

Never forget that only dead fish swim with the stream. ~ Malcolm Muggeridge

Question the things people present as the facts. Scrutinize decisions and come to your own solution and opinion, if that helps you to avoid losing your house (U.S. housing bubble). Search for the reasons things are done and discover the “why” ‘s behind your and other people’s actions. Question your decisions and thoughts and “update” them if you believe them to be wrong. Don’t be so biased to persist on your opinion even if you were proved to be wrong.

What gives you the courage to be different?