You are at:Home »Success »Success Stories: The Wright Brothers

The characters of world’s history that truly amaze and fascinate me are those who had the courage to step up to challenge and question the level of knowledge of their time. Inventors, scientists, and researchers who didn’t accept the commonly known “facts” that they were taught told in school, but started to investigate things on their own, whenever they saw discrepancies. Galileo Galilei, for instance, is an excellent example of such a type person, as he questioned the commonly accepted fact that the sun was revolving around the earth and proved the status quo of knowledge of that time to be mistaken. Today, I want to present you two brothers, the fantastic success story of their lives and how they were able to change the world forever. The reason I’ve decided to share with you the wonderful and truly inspiring success story of the Wright Brothers, Wilbur and Orville, lies in the fact that they accomplished something that the vast majority of people had not believed to be possible, as they were the first people who invented aircraft controls that allowed them to fly.

It is not just a success story, it is the story about what mankind can achieve if there only is a will and the ambition to be persistent enough until one’s goal is finally accomplished. 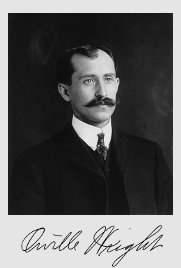 Wilbur and Orville were the third and the fourth son of their parents Milton Wright and his wife Susan Catherine Koerner, who also had two daughters, Katherine and Ida. Wilbur Wright, the elder one of the “Wright Brothers”, was born on April 16, 1867, in Millville, IN. His younger brother Orville Wright was born four years later on August 19, 1871, in Dayton, OH. The Wright Brothers are nowadays commonly known as the inventors of the first airplane that allowed a human being to make a controlled and sustained flight for the first time.

The two brothers gained their very first interest in flying at the very young age of 11 and 8 when their father brought home a foot-long helicopter device made of paper and cork. The experiences they made while playing and recreating the helicopter were referenced by the Wright Brothers as their initial spark of interest towards flying.

It is astonishing that the two brothers Wilbur and Orville didn’t spend much time during their youth and their early career with their interest in flying, as both of them went to high school and became editors (Wilbur) and publishers (Orville) of a weekly regional newspaper when starting a printing business. The brother’s interest in flying reignited when opening a sales and repair shop for bicycles that allowed them to fund their aeronautical experimentations. 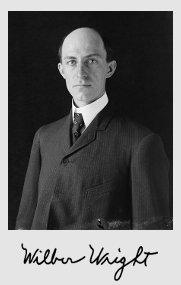 Orville and Wilbur started to gather as much information about flying and aeronautics as possible, from many different sources such as magazines but also from the Smithsonian Institution and drawings of Leonardo da Vinci, Otto Lilienthal, and many others. The more the brothers investigated and the more knowledge they absorbed about flying, the more manifested the belief that flight was nearly impossible for humans, especially after Otto Lilienthal died in an incident with his glider. Nevertheless, the two brothers never gave up and pursued their dream even further with field experiments with unmanned kites and gliders, in 1900. The brother’s perseverance and testing with different gliders finally paid off in 1903, when Orville and Wilbur had built the Wright Flyer, a flight device with wooden propellers and a built in a gasoline engine, that they had created in their bicycle shop, which finally enabled Orville to make the first flight of mankind for 12 seconds. From this point on, the success story of the Wright Brothers started to evolve into astrological dimensions, amongst many other things, Wilbur’s record flight that lasted more than two hours.

You can clearly see that the Wright Brothers succeeded in overcoming a limitation that only existed within people’s minds – the misbelieve that humans cannot fly. If you truly believe in something, then you will be able to reach it. The Wright brothers have impressively shown what is possible with the right determination.