If you do think from time to time that you’re stupid or not as intelligent as anyone else, read on! It is very important to note that academic achievements reflect only a slight part of your intelligence. Above all, the way you perform in school/university reflects mostly the efforts you were willing to invest for school and whether you implemented this effort effective or wasted your time. To put it simply: the marks you achieved in school will most likely show your efforts and the time you invested to prepare yourself for the test, but not your level of intelligence!

Intelligence can be supported and improved just as a muscle – by hard training.

Just take a minute in order to get some thoughts on the subject of intelligence:

Intelligence is a comprehensive term for the ability of a human being to express himself verbally, finding solutions for severe problems, gaining knowledge and applying this effectively, getting an overview of complex facts and a lot more things like their perceptivity. It is a fact that the intelligence differs from person to person as well as everyone’s brainpower is pronounced to hundreds of different kinds of abilities like analytical and spatial thinking up to creativeness and linguistic abilities. 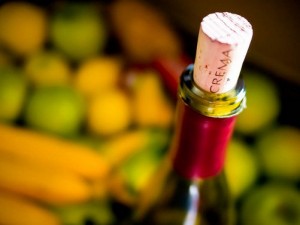 Stop telling yourself that you are stupid

The levels of intelligence can’t get evaluated precisely, like our weight or the size of our bodies. Tests can be used to show us our approximate level of intelligence, but due to the fact that those tests concentrate on specific areas (math, spatial thinking, etc.), they aren’t able to provide us an overview of all our abilities.

Unfortunately, we try to classify our own intellect far too quickly by getting influenced by extraneous factors. Probably one of the earliest of those occurring factors is grades in school. Even amongst the youngest pupils, excellent marks are interpreted as a sign of high intelligence (and bad results are considered as proofs for stupidity).

Please keep in mind that your academic performances (in the past and future) won’t reflect even a slight amount of your actual intelligence. Take for example a student that receives with absolutely no effort acceptable grades. Considering his grades he’s just averagely gifted, but I would consider this person as quite clever, especially when considering the ratio between input/effort and his acceptable outcome. So, once you accepted that your grades are no indicator of intellect we can point out the following:

Don’t you ever accept poor grades or other extraneous factors as “facts” for stupidity, which you can’t even affect partial due to your “low intelligence”.

Don’t set yourself limits by your perceived intelligence. As I mentioned earlier: your brain powers can be trained like a muscle. This “muscle” is present from the moment of our birth, but it’s up to us whether we train, strengthen and expand this muscle to exploit its full benefits or if we decide not to use it at all. The level of our intelligence also depends on factors like the social environment we grow up, early childhood education, educational level of our parents, schools visited and the whole effort we invested in training and promoting our intelligence.

It is an extremely positive fact that every person can achieve absolutely everything with specific training, industriousness, diligence, interest and investment of time. Success is not limited to your level of intelligence. But keep in mind that your effort in terms of hard work and aspiration will have to be even bigger the less you used to train your brain in the past.

Stupidity, density, foolishness, dullness. There are many words for this subject and I hate every one of those, basically to the fact that stupidity does not exist. I agree with everyone that people are less talented, less skilled and are less knowledgeable than others about different kind of topics. Their behavior may also look very ill-conceived and stupid, but this doesn’t mean that they don’t have any kind of intellectual potential.

Just talk to a random person in a football stadium you consider to be stupid. Every one of them will be able to tell you everything about the latest trades, the names of all the current team members, managers, coaches and the hall of fame of their team. But this is not only limited to the teams those people are supporting, they also know the names of dozens of other players from other teams. These are a lot of facts, but would you consider a stupid person to be able to memorize this amount of data? This person was even able to commit all these amazing facts to memory, without having to learn them.

Every human being is equipped with an incredible potential and intellect, which unfortunately is not often used wisely for useful purposes. May I tell you a secret, dear friend?

Dumbness does not exist!

Absolutely no one is “stupid”. Every person simply just forms different interests and values that influence the development of their intelligence and the fact in what kind of areas of our lives we accumulate knowledge, whether it is in sports, TV series or even better in the educational and vocational environments. One of the differences between a successful person and others is that they don’t concentrate on absorbing knowledge about unnecessary facts like the content of various TV shows, but instead focus on the knowledge they can adapt to be successful. A successful person is a master in combining knowledge from different sources and shows interest in a particularly high amount of subjects, not only a few. But, when it really comes to studying, they are absolutely motivated to study, as they are keen on gaining as much knowledge about the topic as possible.

Often certain people are said to be stupid, but in fact, it’s only the disinterest and inability of these particular “stupid-persons” to gain knowledge about subjects that appear boring to them and to which they are facing difficulties to form positive feelings with. This could be the unloved subject math or history as well as a boring job, summarizing: all kinds of areas and subjects that people don’t really want to deal with, have no positive feelings about and where they are not showing the willingness to acquire profound knowledge about.

By the way, thinking oneself is stupid is an absolute negative mindset – a limiting belief if you so want. It suggests us of not being able to achieve everything we want. Remove those words (like dumbness, stupidity, etc.) from your vocabulary.

Do you agree or disagree with the hypothesis pointed out in this article?