You are at:Home »Conscious Living »Change Your Negative Attitude

During my life, I have met so many interesting individuals, mostly from my own country, but at times also from all over the world. What made them so unique was that they all had completely different characters, mindsets, and goals for their future lives. Yet, they had one thing in common: each of them expressed their attitudes (some more, some less) by the way they spoke, which made it easy at times to discover a person with a positive or a negative attitude. In the following, I want to make you aware of negative mindsets that might prevent you from actually being able to change negative aspects of your life as well as being successful in general.

Here are some examples for expressed negative mindsets:

I’ve always been poor at math and this won’t change, because I’m not as smart as others.

I’m a very lazy person, because I’m not able to really motivate myself for something.

It’s such a waste of time to become acquainted with [xyz]! I do not understand it anyways, so why should I even try?

Even my parents don’t think I’m capable to fulfill the [xyz]-task. I mean, they really know me, so I will not be able to succeed!

Those were some really critical mindsets. The consequences of those and similar negative statements are very extensive:

These statements are admissions of helplessness. People that express the above often believe in not being able to improve or change their current situation. And this won’t change because it’s finally them that persuade oneself these negative mindsets day after day. Why should others believe in them, if even they don’t believe in themselves?

Yet another really important reason for statements like the above is the fear of changes. People often prefer to accept that a certain task is going to be too difficult for them and therefore don’t even seek the challenge. Most of them would love to live their lives exactly as they did 2 years ago and will do everything not to change that. The fear of possible changes is counterproductive: it takes us the chances for positive improvements in our lives.

If you are not willing for changes, you can’t enhance your lifestyle.

Please, always remember what I wrote in one of my previous articles: You can change everything, as nothing in life is predetermined!

Change your Attitude! Negative to Positive!

A negative attitude, in general, prevents us in our development. If we are already deeply convinced of not being able to change certain things or reach specific goals we won’t succeed in those projects. Negative mindsets discourage us and even worse: we don’t have the willingness to make huge efforts to reach very difficult goals. We lack in self-consciousness and do not believe in our abilities, due to our negative mindset.

As we are aware now of some of the discussed effects from negative mindsets it is very important to recognize these negative attitudes as such immediately and to get rid of them. I, for example, let my inner voice speak in a ridiculous tone, just like Goofy would speak. That’s a real cool trick, because since this little voice is telling things like “You are a lazy person” I can’t even take it seriously anymore! This will make it easier for you to replace those negative attitudes with very positive ones. 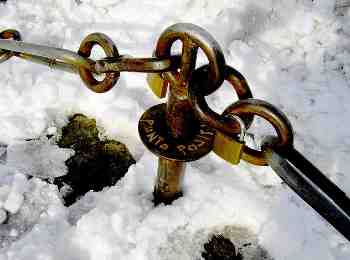 Lock away the bad mood

Only you can decide by the way you are thinking whether you approach new challenges with joy and give yourself the opportunity to gain new experiences and to grow on these, or to prevent yourself from a development to live a more successful life because of fears and negative beliefs.

A very optimistic attitude can have an extremely beneficial impact on your life in general. Optimists don’t even consider thinking about failure before they haven’t set forward with determination and a positive mindset towards their tasks. Optimists see new opportunities even in failures, because they won’t let themselves divert from their goals and consider collapses as a possibility to collect important experiences with the objective of mastering similar situations in the future. Choke off negative attitudes as immediately as possible. Don’t be dissuaded from the fear of change on your goals, instead: rise up to those new challenges in your life that will bring success for you!

What do you do to change negative attitudes in your belief system?