You are at:Home »Success »Techniques for Anger Management

The following techniques for anger management will allow you to know how to deal with anger and to keep yourself away from getting angry in your life.

There are several different words that describe the state of being angry, such as vexation, annoyance, outrage, ill temper, displeasure and many more, but all of them result in an unnecessary feeling of pure rage.

The term anger management refers to different exercises, methods and techniques for anger management that are being applied with the intention to reduce and control the emotional state of anger and to start overcoming anger.

What are the different types of anger?

We can distinguish between aggressive anger and anger that is only being shown passively.

What are the main causes of anger?

It is important to note that anger and ill temper is a typical defense response that can have many different main causes:

What are effective ways to deal with anger?

Discover the source and the reason that has caused you to become angry.

The willingness to deal with anger is not enough to eliminate anger. If you really want to start overcoming anger and to know how to manage anger you need to understand the root cause of your angriness. Once you discovered the reason for your exasperation it is much easier for you to start coping with anger.

Take steps and try to deal with the causes of your anger. This will only be possible if you are willing to confront yourself with the reasons for your angriness. 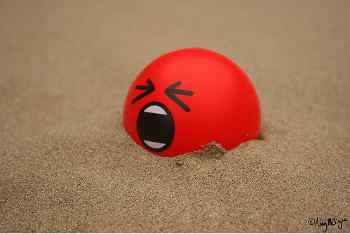 Tame your temper when you feel yourself reaching the peak of your angriness. Try to control the anger and leave important decisions until you have calmed down. Make a habit of taking important decisions only when you are relaxed and not influenced by any kind of feelings.

Take a second and reflect your anger

Take a couple of deep breaths and try to step outside yourself and reflect your anger as unbiased and emotionless as possible. Is your reaction really reasonable? Think about the negative consequences of not being able to cope with your anger. What would you think of a person that would react similar to you?

“Holding on to anger is like grasping a hot coal with the intent of throwing it at someone else; you are the one who gets burned.” ~ Buddha

“People who fly into a rage always make a bad landing.” ~ Will Rogers

“Speak when you are angry and you will make the best speech you will ever regret.” ~ Ambrose Bierce

I hope you enjoyed the above named anger management quotes. The willingness to apply techniques for anger management is the first and utmost important step to start dealing with anger and keeping oneself away from unnecessary angriness.

The article about techniques for anger management was brought to you by Planet of Success.