Everyone of us knows the majestic cars that are being produced by the Italian automaker Lamborghini, but the success story of Ferruccio Lamborghini who founded a manufacturer of high-performance sports cars is not so well known to the public. Ferruccio Lamborghini, born in 1916, served as a mechanic during the WWII and started to build tractors soon after the war had ended. His tractor company became one of the largest agricultural equipment manufacturers in Italy, so Ferruccio Lamborghini could afford himself dozens of luxury cars such as a Maserati, Mercedes-Benz, and Alfa Romeo. He also decided to purchase several Ferraris and this is where the success story of the Lamborghini begins and started to evolve to one of the most successful luxury car manufacturers in the world.

When Ferruccio Lamborghini bought a brand new Ferrari he considered it to be more a repurposed track car than a regular road car, as the Ferrari was too noisy and rough to handle. Lamborghini was fond of the Ferrari but was not completely satisfied with it, so he decided to make several suggestions to Enzo Ferrari (founder of Ferrari) including design changes that could help him to improve his luxurious Ferraris. It is reported that Enzo Ferrari´s response to Lamborghini´s suggestions was not positive at all, as he only told Lamborghini that he had more knowledge in tractors than sports cars. Ferrari didn´t take Lamborghini´s suggestions seriously. Ferraris comment encouraged Lamborghini to prove him wrong. Lamborghini decided to pursue his vision of a perfect sports car, encouraged by Ferrari´s unwillingness to consider his suggestions. 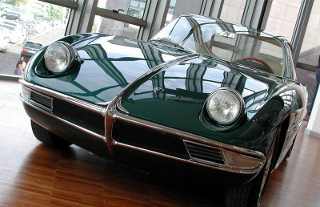 In 1964 Lamborghini manufactured the first versions of the Lamborghini 350 GT, which exceeded the performance of a Ferrari considerably. Since 1966 all Lamborghini´s were named after famous Spanish bull-fight breeding, such as Murciélago and Gallardo, with the only exception of the Lamborghini Countach. The name Countach was chosen after an employee said out loud “countach” when he first saw the car, which is a local dialect expression in the Italian language for “amazing” or “stunning”.

Ferruccio Lamborghini has shown us how incredible successful you can become in life and what kind of a mythos you can establish only by facing a problem in his daily life, a vision that evolved out of this problem and a competitor that truly spurred Lamborghini. Lamborghini faced the problem that his Ferraris were much more repurposed track cars than (what Lamborghini hoped they were) regular road cars. At first, he started to approach this problem by making Ferrari suggestions how he could improve his sports cars, but after Ferraris negative feedback he developed his very own vision. The vision to create the perfect sports car that is not a repurposed track car, but a normal road car. This mixture of ambition and encouragement has allowed Ferruccio Lamborghini to found the Lamborghini brand, which manufactures sports cars from the 60´s up to the present day.

Do you also feel inspired by the life story of Lamborghini?