You are at:Home »Success »Meaning of Success & Accomplishment

What is the meaning of success and are there any differences between successfulness and accomplishment? In the following, you can find an explanation of what it means to be successful. (Edit: for a more complex definition of success, have a look at the article what is success. You might also be interested in the articles: How to measure success and what does success mean to you.

The meaning of success:

The true meaning of being successful is extremely complex and every individual is defining success in another way. First of I think we should try to find a general definition of success:

Success (which is the opposite of failure) is defined by the accomplishments that a person has achieved in its life. It is the state of having accomplished an aim and/or attained wealth. The dictionary describes success as an event that accomplishes the intended purpose.

In general, we associate prosperity, wealth and the achievement of goals and aims with the term of being successful. But other than the commonly associated facts the majority of people miss the true meaning of success. It is a misbelief that money has the ability to let you become truly happy in life, yet a lot of people associate successfulness with being extraordinary wealthy. The majority of people wrongfully confuse being successful with being wealthy. But unconsciously these people enter a vicious circle of comparing themselves constantly with more wealthy persons, which finally lets them feel unhappy if they can’t equal these people’s lifestyles. 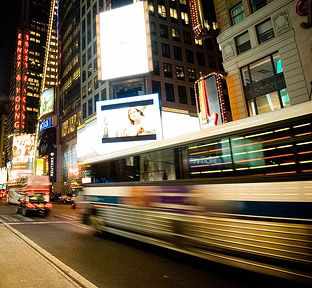 But once we have a closer look at extremely wealthy people (such as Hollywood actors and actresses, musicians, etc.) we can see that they are not happier than anybody else (even though they have more money!). Quite the contrary: the rich and famous often attract public attention with their excesses, drug/medicine addictions, and suicides. These negative examples allow us to conclude that the true meaning of success can’t be defined by money and wealth.

The true meaning of success is the ability to live a life that is worth living and that allows you to be happy. Furthermore, it is the ability to make the world a better place for everyone of us that could be defined as true accomplishment in life. It also depends on your character if you will be ever able to feel true achievement, instead of the enduring pursue of always more advanced goals. You will find the meaning of success in your life by looking inside yourself and analyzing your deepest desires and visions that you really want to achieve and the things that make you extraordinary happy.

If you want to find the true meaning of success you should try to associate your definition of success a lot more with happiness than with tangibles. You will notice that you have attained real success when you see that you enable people to live a better life and when you feel loved and cared for as well as valued in what you are doing. We should stop to measure success by a person’s wealth, but instead, measure it with the good deeds that have helped others to advance their lifestyle.

Success is a science; if you have the conditions, you get the results. ~ Oscar Wilde

One secret of success in life is for a man to be ready for his opportunity when it comes. ~ Benjamin Disraeli

You have to learn the rules of the game. And then you have to play better than anyone else. ~ Albert Einstein

How do you define success and what does it mean to you?