You are at:Home »Management »How to Deal with Autocratic Leadership 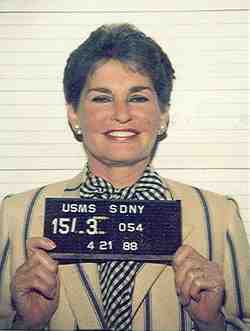 Leona Helmsley, born in 1920 in Marbletown, made the Helmsley hotel chain popular and is an excellent example of an autocratic leader in the corporate world. Her tyrannical behavior earned her the nickname “Queen of Mean” as she demanded perfection from everyone on her payroll, from regular employees up to the top managers and executives. She treated her employees and people in general like garbage. A lawyer that once had a breakfast with her became a witness of her tyrannical behavior when a waiter served a cup of tea with a tiny bit of water spilled on the saucer. Leona Helmsley requested the waiter to get down on his hands and knees to beg that he would not get fired right away. On the one hand, her autocratic type of leadership allowed her to become a billionaire hotel operator, but she also had to spend almost two years in prison for tax evasion on the other hand, which was brought under suspicion by some of her disgruntled employees that raised several charges of tax evasion, extortion and many more against her.

Donald Trump has set new standards of excellence with the Trump Organization and is a leader that has centralized all the decision-making to himself and a selected group of a few persons. This limits the inputs of the rest of his employees, but he is nevertheless respected and liked by his employees, quite in the contrary to Leona Helmsley. Donald Trump is a positive example of an autocratic leader.

Howell Raines, executive editor of the New York Times, is an excellent example for a very efficient autocratic leader, as the newspaper industry is a highly demanding industry, with a lot of pressures associated and requires quick decision-making. The New York Times had a lot of autocratic leaders like Howell Raines and Abraham Rosenthal, as the newspaper industry requires different forms of autocratic leadership styles to meet the deadlines day after day. Nevertheless, Raines was dismissed after almost two years in the job, because his leadership style caused distress amongst the journalists and quality declined.

Accordingly to John R. Dew (in Empowerment and Democracy in The Workplace: Applying Adult Education Theory and Practice for Cultivating Empowerment [1997]) a variety of studies have shown that an autocratic leadership style can increase the productivity of the employees on the short-term, as they might work harder when placed under tight control. Due to the fact that this leadership style is not popular amongst the staff, it will cause the best people to leave the company (high turnover rate) and the rest of the staff to show general resistance towards the autocratic leadership style (apathy, absenteeism and decreasing productivity).

How to deal with autocratic leadership:

Understand the motives of an autocratic leader

An autocratic leader seeks to dominate, for several reasons, other people; more specifically his employees and subordinates, which is an indicator of an authoritarian personality. Autocratic Leaders create their own reality and overcome even the highest resistance in order to achieve results. These leaders are straightforward and direct and are not sensitive to the feelings of others.  Autocratic leaders demand a lot from their subordinates and strive for perfection. They have a strong willpower and want to achieve their goals, not matter what.

An autocratic leader likes to be THE center of the conversation, considers himself THE one and only decision-maker and might even ignore suggestions from others, no matter how helpful or not. The reason that they retain as much decision-making power as possible is that they simply do not trust their employees. They have made the experience that employees that were not controlled and continuously pushed were less productive, or even lazy. A subordinate is for an autocratic leader someone that is just trying to get the salary without having the interests of the company in mind. It is important to know that the autocratic leader considers his opinion and ideas to be better than those of others and are therefore often not interested in the input of their employees.

Know the weaknesses of an autocratic leader

One way people tend to deal with autocratic leaders is to become passive-aggressive for several reasons, such as their ego. The passive-aggressive behavior means that they do what they have to do, but apply several delaying tactics, come up with apologies or absenteeism to cause their bosses a certain damage. This is mostly a subconscious reaction to fend off the orders of a dominant leader. Don´t take decisions and utterances of an autocratic leader personal. This helps you to not become passive-aggressive and will help you to keep your productivity on a constant level. Furthermore, it is important to know that the (negative) behavior of an autocratic leader is not your fault or the fault of any of your co-workers.

How to deal with autocratic bosses:

Don´t try to change them

You absolutely need to avoid attempting to change their point of view or how they think in general, as this is most of the time impossible. Don´t question their leadership type in front of them, as this might only get you into problems. The older a person becomes the more complicated it will become to change their attitudes and believes, especially when the autocratic boss has had some great successes with his leadership style.

Focus on your work

Make sure to get to know exactly what kind of results your autocratic boss expects from you and try to deliver exactly these results. Autocratic leaders want to see results, so they won´t care about your efforts if you do not deliver what they expected you to do. Focus your attention on getting your jobs done and you will be perfectly fine. An autocratic boss often does not want to be bothered with the details of your tasks, so you are free to change the direction if the job requires it, as long as you deliver the outcome your boss desires.

Some autocratic bosses provoke their employees with the intention of getting them loose their temper or pick up a fight with their boss. Do not become disrespectful but instead be professional and don´t let you get provoked into doing something you would regret in the later on. Limit your interactions with these types of autocratic leaders as much as it is possible for you.

Do not be defensive

Over time you will gain more and more of the trust of your autocratic boss if you are able to deliver constantly to their greatest pleasure. This will allow you to get more freedom to execute your tasks in the way you prefer to do it.

Remember that an autocratic leadership does only benefit the autocratic boss as he will get his goals and objectives accomplished. However, it is not an ideal environment for development and can have a negative influence on your self-growth. Sometimes a department change can help you to work for a boss that is supportive and knows of the several benefits of being a democratic leader.

What are your experiences in dealing with an autocratic boss?