You are at:Home »Success »An inspirational conversation…

Inspired by a recent conversation I decided to watch a legendary episode of the “Twilight Zone” that was aired in the 60’s, which is called “A nice place to visit”. The episode makes a fantastic point and could teach us a very important lesson in life!

It is basically about an outlaw called “Rocky” who gets shot by police after committing a crime, just to find himself in the company of a friendly person called “Pip”, who assures Rocky that he has been instructed to grant Rocky every wish he desires. Rocky, still suspicious, realizes soon that he has died and assumes therefore that he has gone to Heaven where all his wishes will be granted by his guardian angel Pip. After some hours Rocky has made all his dreams for money and beautiful women come true, only to find himself winning every game he plays in the casino and hitting every jackpot in the slot machines. Rockies euphoria slowly turns into boredom and finally disappointment when he asks Pip if he could invite some of his friends only to be told that this was his own “paradise” where he couldn’t invite his friends.

Some months later Rocky becomes so thoroughly bored by the “paradise” he lives in, because there is absolutely no challenge for him and he predictably wins at anything he attempts and has satisfied all of his wishes. Rocky cannot stand his “paradise” anymore and tells Pip: “I don’t belong in Heaven, see? I want to go to the other place!”, only to be told by Pip that he was already in the “other place”. The episode ends with Pip’s evil laughter, while Rocky tries to unsuccessfully escape from his “paradise”. The episode ends with the closing narration:

A scared, angry little man who never got a break. Now he has everything he’s ever wanted- and he’s going to have to live with it for eternity in the Twilight Zone.

This episode of the Twilight Zone is fantastic as it literally illustrates us that it is absolutely not desirable to have “everything” in life. In fact: being able to fulfill every wish and making every dream come true will only cause us to become tedious, sooner or later. I´m sure you either agree with me at this point, or you do not believe anything I told you above, telling yourself: “Having everything I ever wanted would make me the happiest person alive!”

Maybe some true-life examples can clarify why it is not really fulfilling to have everything in life! Let’s have a look at people that are able to afford themselves everything they want:

A lot of them live a happy lifestyle with their family while others provide headlines for the gossip magazines day after day (if these lines are good or bad publicity can be questioned, though!). The majorities of these headlines are about drug excesses, alcohol rehabilitation programs, suicides or committed crimes. So could it only be a coincidence that so many “super-rich-people” are addicted to drugs and pills, live with depressions or even in their own illusory world, even though they can fulfill all of their dreams and would have every reason to live a happy life? I believe not! I think it is the boredom caused by the ability to have everything in life, without any kind of limitations that makes these people unhappy; seeking desperately for new challenges and (drug-) adventures. 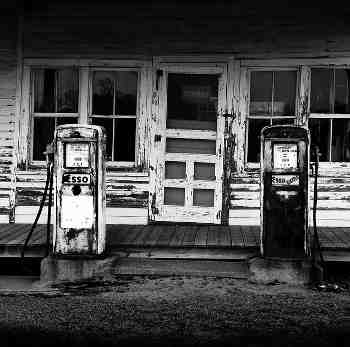 I’m sure you know the exciting feeling when going into an “all-you-can-eat” restaurant, feeling hungry and excited about all the delicious dishes to come! But after a while you are full and if you have overdone it a bit you might even experience sickness. One thing is for sure: you will pay no attention anymore to the delicious food, because you are already full. You will focus your attention towards new adventures such as deciding to go to the cinema with your friends, etc. Same goes for richness, luxury cars and villas. It might be very exciting to be able to by a luxurious car and a villa with a huge pool and everything, but after the fourth sports car and the second house it literally becomes just boring and is nothing whatsoever special anymore! This is the boone and bane of being rich and the ability to have everything in life.