You are at:Home »Productivity »6 Reasons NOT to be an Early Riser

The following article will show you 6 reasons not to be an early riser. It also shows you why it’s important to meet your own decision when it comes to the question of when to get up in the morning. I have been working in an office where the employees had flexible work time for years. Flexitime meant for us that we were allowed to start working during the timeframe from 6 am till 10 am. I was basically allowed to start and finish working whenever I wanted to, as long as I was present during the core time. This was an amazing freedom in terms of time scheduling, especially when taken into consideration that most employees have to work from “9 to 5”.

Due to the fact that only a slight percentage of my work consisted of customer advisory service and phone calls with other companies, it was easily possible to start working at 6 am and finish work between 2 and 3 pm. 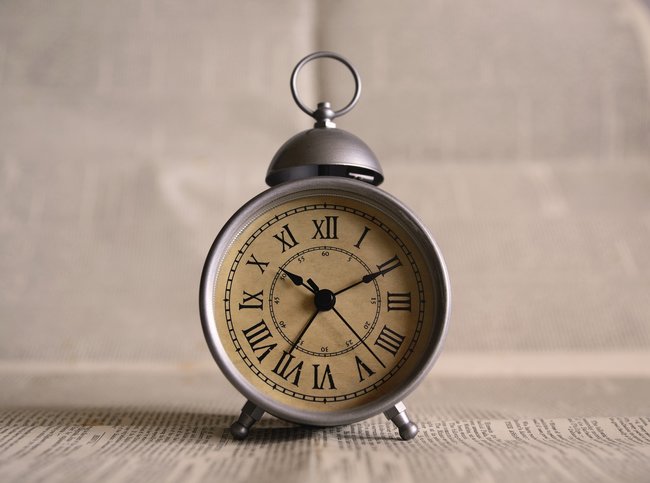 The early bird catches nothing.

This is why many of my former colleagues became early risers and were used to this lifestyle for many years. During my employment with this company, I have made my first experiences on being an early riser that were often not as great as many promise.

“Early to rise and early to bed makes a male healthy and wealthy and dead.”
James Thurber

In the following, I will show you 6 reasons that speak against being an early riser. First of all, however, the most important thing to keep in mind:

Make your own experiences! Just as always in life you should make your own experiences before you decide to be an early riser or whether to get up just as usual. There is no “ultimate” concept or technique that works best for every human being. Sure, there will always be a technique that some consider for themselves (!) to be most effective, which does not mean that it is effective for you as well! That’s simply not how it is and the attempt to force yourself with self-constraints into one specific concept can be painful and discouraging. Everyone is an individual and peaks performance and concentration at a different time during the day, which is why I highly recommend testing both techniques in order to find the one that allows you to be most effective. After getting up really early for months, I can clearly say that I’m not productive as an early riser. I experience my peak of creativity in the evening hours. However, should you be one of the lucky ones that wakes up naturally at 5 am or if you have no choice when to get up, due to shifting work, you should better not read the following…

6 Reasons NOT to be an early riser

1. Tiredness along the day

When I started to become an early riser I really became tired during the day, as my body and mind weren’t used to go to bed that early. Not to mention getting up in the morning at 5:00 – 5:30 am. However, I’ve noticed that not only was I tired during the day, but I also got problems at falling asleep in the evening. Also, my colleagues who were early risers for several years showed many signs of tiredness during the day. Every one of them tried to cope with that consistent tiredness in a different way; some drank a lot of coffee, others drank energy drinks or coke. Only a small minority drank no caffeine at all – like me. A workmate of mine was an early riser since finishing her apprenticeship and tried to cope with it by taking afternoon naps, as she finished work mostly at 3 pm (she didn’t drink caffeine as well). However, she wondered why she found it difficult to fall asleep and suffered from insomnia at some days.

I find it quite difficult to go to bed early in the evening. When I do so I have trouble to fall asleep, even when I’m really tired. This resulted in the fact that I was suffering from sleep deprivation. The quality of my sleep had reduced; it felt as if I had to get up as soon as I had fallen asleep. Basically, it all comes down to whether you live in synchronization with your biological rhythm or not. I didn’t at the time when I was an early riser.

The time you wake up is negligible, what matters is your sleep consistency. Going to bed and rising in a consistent way helps you to boost productivity and allows you to fulfill your individual sleep requirement.

3. Lack of creativity, effectiveness, and concentration

People that decide to become early risers due to social conditioning, “All my colleagues are early risers, they say it’s effective,” often experience a lack of effectiveness in general, as they aren’t listening to their very own biorhythm but are forcefully trying to change this rhythm. I can only speak for myself, but I’m not creative in the morning at all, I can be concentrated, fit and sane – but not creative. My creativity starts to rise in the later hours and some of my best ideas have arisen at night.

Personal development is a fairly broad term and has many different facets, however, one thing that it should not support: a compulsive lifestyle. Being a late riser or getting up like anyone else between 6 and 8 am shouldn’t be considered as a weakness or a harmful habit that needs to be addressed immediately. It is simply your own preference that allows you to work during the periods you peak concentration. Forcing yourself to get up early with self-constraints is not only exhausting but also causes your body to experience a lot of stress. Being a grown up person, you should decide for yourself what works for you, in your job/business; no matter what friends, parents, “experts” and co-workers tell you.

Scientists from the University of Westminster found that people who get up early (before 7 am) have higher levels of the stress hormone than those who tend to sleep in; even more negative: their stress level remained high all day. The negative effects of stress do not need to be stressed out in this article, however, as soon as stress gets chronic it can cause suppressed immunity, migraine, and depression. The early risers who participated in the study reported having bad moods and even muscle aches.

“Early awakening was associated with greater powers of concentration, being busier and experiencing more hassles throughout the day as well as reporting more anger and less energy at the end of the day”
Dr Angela Clow

6. You have to get to bed really early

When I was an early riser I had to be in bed ridiculously early, depending on when I planned to get up and how long I wanted to sleep. Whoever decides to get up at 5:00 am has also to be in bed really early. This means that this person has to be in bed from 8 to 9 pm, which will reduce your spare time in the evening and affects the time you can spend with your family and friends. The benefits of being an early riser are bought dearly. You have lots of time in the morning or after finishing work, but a lot less time in the evening that you would normally spend with family and friends.

I’m – by comparison with early risers – a late riser, as I get up between 7-8am. I’m a late riser, not only because I make my own rules and have experienced that I’m more productive when I have fulfilled my sleep requirement, but also because I wouldn’t want to miss the time I spend with my family or friends at the evening – and the great ideas that have arisen out of these conversations.

What kind of riser are you and why? Feel free to leave your comment below! We’re excited to hear about your experiences as an early riser or a late riser.